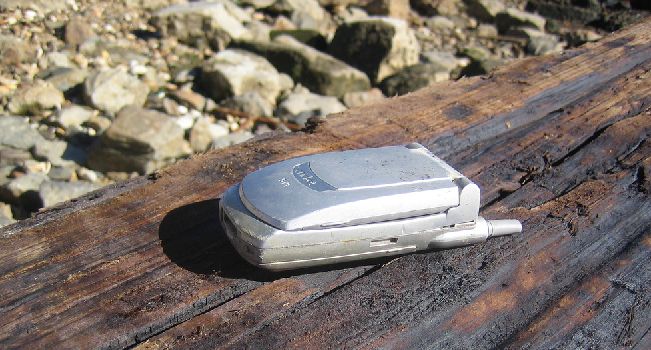 This year was a landmark year for mobile phones. We’ve had iPhones, Samsungs and Nokias competing for the top spot but ironically, each device stood out as a landmark phone by itself. Despite each mobile maker sniping at each other, there’s a phone for everyone and a use for every phone. So right now, and in no particular order, we’ve chosen six of the best smartphones of 2013.

Apple’s successor to the wildly popular iPhone 5 is deceptively cool. At first glance, there’s little to differentiate the 5 from the 5s, but after using it for a few weeks its improvements shine through. There’s that new A7 64-bit CPU, a fingerprint reader that works, an incredible slow motion camera and thousands of other incremental changes you may never know about, but can feel with every swipe of the screen. Everything that made the iPhone 5 so fun is here in the 5s. Millions of apps, a crystal-clear 4″ screen, nil lag and a timeless design that is (shock) a little bit worse than the HTC One’s. The iPhone 5s is above all a phone that you’ll be proud to show off. The silver ring of fingerprint-reading goodness adds a slick look to a phone that still knows how to innovate, despite being part of the seventh generation of iThingies.

The 5s is the best phone Apple’s ever made, but it’s not the best phone in the world. If you want a light, beautiful smartphone that practically works out of the box, the 5s is your only choice. If you require a little bit more in terms of screen and customization, Apple doesn’t have the answer for you, but Android might.

This came as a surprise to us as well. BlackBerry may be in trouble, but it can still knock out the hits. The Q10 is BlackBerry’s best phone since, well, its inception. It’s a touch and type smartphone, with a 3.1″ (square) super AMOLED touchscreen, an 8MP camera and a brilliant keyboard. We’re so used to touchscreen typing that we almost forgot how painless, intuitive and speedy a physical keyboard can be. What the Q10 has done is make physical keyboards relevant again, and proudly struts its stuff as the best device with BB OS 10. The display is pin-sharp, and is backed up by a dual-core 1.5Ghz CPU, 16GB memory and 2GB RAM. For business, the Q10 packs in the secure BlackBerry Balance, a mode that turn the device into two phones: one for play, and one for work.

The Q10 is proof that BlackBerry can create a smartphone that’s suitable for any user. It’s just a pity that not many of us will ever get to use one. While the Q10 is priced a little too high for most, it’ll most likely be met with a price drop as BlackBerry’s fortunes continue to crumble.

Plastic casing aside, Samsung’s Galaxy S4 is a media powerhouse that never says die, kind of like Duracell. The 5″, 441 pixel-per-inch display is one of the best we’ve ever seen. There’s something almost ethereal about it, as if Samsung has crammed its collective years of TV technology into one phone. While the CPU and RAM are healthy as can be, it’s the little extras that make the S4 a true “life companion” as Samsung is keen on saying. Let’s talk about the screen rather because it’s enormous and seemingly the only Super AMOLED that actually deserves the “super” moniker. The S4’s full HD, 1920×1080 display belies explanation, but we’ll try. The first time we loaded up an HD stream on YouTube, our eyes bled joy. Samsung has gone out of its way to create a display that will replace your TV in a pinch. Our advice: get a memory card with the most possible storage so that it can be filled with HD content. Paired with the sound (which is excellent for a mobile phone), the S4 becomes the life of the party.

It’s a pity then that the build is so cheap and shoddy. If Samsung had gone the HTC or Apple route and created an aluminium case, we’d have a phone of the year contender. As is, the S4 is the best display of 2013. Yet what interests us the most is how the inevitable S5 will look.

The Xperia range was never “cool” until the Z showed up. This waterproof and dustproof phone is an insane combination of rich aesthetics and practicality. Sony has crammed power, good looks and life-proofing into one 5″ display and we’re happy to report that the Z could even be a better phone than the 5s. For a bit of hard-earned money it’s possible to own a phone that loves swimming. Outside of the display (which is as impressive as the S4’s, just a little washed-out), we get a phone that can be submerged in water, survive a sandstorm and a good kicking to boot. The Z is IP57 certified — that’s dust and water resistant up to 1 meter and for 30 minutes. Very few phones outside of the Xperia range are capable of this task. Dunk it in water, throw chamomile tea at it, even swear at the Xperia Z. What would kill a lesser phone, only angers the Xperia Z.

What lets the Z down is the interface, which is seems stuck in the past when compared to other mobile OS’, especially iOS 7. Our hope is that with time, and future upgrades, Sony will create version of Android that suits its rather excellent line-up of devices. Everyone looks at the Nokia 3310 when it comes to durability, but Sony’s Xperia Z may be the most durable phone of them all.

All hail the Nexus 5… ahem, we mean the LG G2. While LG may have made the latest Google phone, it decided to branch out with the G2, a smartphone that manages to move its buttons from the front to the rear of the device. It’s a large phone, with power and screen to spare, but is it worth the investment? Of course it is. Besides the G2 having an almost “pure” version of Android, LG’s flagship phone does something different and in the hardware game, different is good, some of the time. The G2 has rear volume and power buttons, located directly under the 13MP camera.

There are a few issues of course, no phone is perfect. Chief among the issues is the lack of external memory, so we’re stuck with either 16 or 32GB RAM. But the screen is incredible, and the G2 is one of the fastest phones we’ve ever reviewed. The quad-core 2.26 CPU is screamingly fast, with Android games, and HD video loading instantly. LG’s also created a beautiful phone to look at and hold. Kind of like a very expensive ebony soap dish.

The G2 is a phone that anyone will enjoy. The screen is enormous, it’s fast as lightning and right now, it’s also the best Android phone that money can buy.

Nokia eh? It climbed from BlackBerry style irrelevance and because of Windows Phone OS, Nokia’s making waves again. Its best phone for 2013 was undoubtedly the 1020, and the 1020’s call to action is its 41MP camera, which is nothing short of revolutionary. Nokia has packed as many pixels as it can possibly squeeze into the 1020, but its Windows Phone OS that impresses us the most. Windows Phone can be described as bland, lifeless and overly square. We’d describe it as fast, functional and fuss-free. Microsoft knew what it was doing when it decided to port over its Windows 8 interface to a mobile landscape and now because of this, we have an ecosystem that is coherent across four platforms (Xbox, PC, tablet and mobile).

Come for the camera, but stay for experience. Windows Phone is a slick OS and while it may not have the visual fluidity of iOS 7 (our favourite mobile OS, bar none), it does what it needs to do and in an age of information-overload, nothing could be more welcoming. 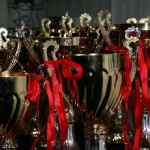