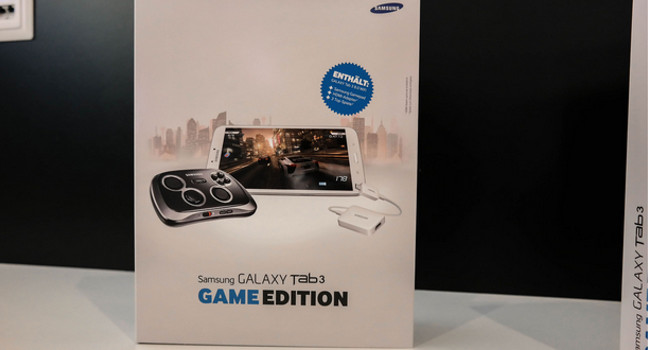 The Samsung Galaxy Tab 3 8.0 Game Edition contains the Smartphone GamePad controller with a Galaxy Tab 3 and an HDMI adapter. According to SamMobile, this package is currently in the pipeline and will be released soon. However, the bundle makes for an awkward pairing of devices.

For one, Android Community interestingly notes that the Tab 3 is ironically too large to fit in the new GamePad controller. This means that you’ll have to use an extra tablet stand and pair the controller to the Tab 3 via bluetooth.

The GamePad was first introduced earlier this week Samsung’s GamePad is compatible with a bunch of Android devices (Android 4.1 and up) though it’s optimized for Galaxy devices. The gaming peripheral attaches to your tablet or smartphone ranging from 4″ to 6.3″. The Tab 3 is eight inches big — a bit too big.

If you have anything from a Galaxy Note 3, S4, Note II, to S III running Android 4.3 and higher, for instance, you’ll be able to use the NFC tag for quicker access and graphic intensive gaming could actually be fun.

Furthermore, the GamePad can connect via your smart device with your television using the provided HDMI adapter or Samsung’s AllShare Screen Mirroring features. 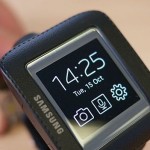