This past weekend (and still running) was Valve’s game-distribution company, Steam’s, massive Spring sale. And in the grand spirit of Black Friday, gamers from across the globe basked in the glory of cheap PC titles. So much so that Steam managed to get a massive 7.19-million customers on 1 December.

If we look at the stats, the most popular game of all time is the free-to-play Dota 2, with more than a massive 500 000 daily peak concurrent players. This is followed by Counter Strike: Global Offensive, Team Fortress 2 and The Elder Scrolls V: Skyrim. While Steam does distribute third-party game titles, the three most popular titles are Valve’s.

According to Venturebeat, Steam had around 6-million peak concurrent users during its 2012 fall sale — a 17% growth in engagement for a platform since 2012.

That’s a record-breaking number of active gamers at any given time in the history of Steam. Earlier this year, Valve co-founder Gabe Newell announced that Steam has managed to increase the amount of players by 30% since last year to carry a massive 65-million active users. That means that more than one in ten of Steam users were using the service at once proving that PC gaming’s not dead yet.

While these recent statistics might make that last statement seem true, PC gaming still has a long way to go. Both recently launched, Sony’s PlayStation 4 and Microsoft’s Xbox One are both aiming to surpass the massive amount of console gamers their predecessors scooped up — Xbox 360 about 48-million accounts and PlayStation 3 110-million.

Steam is hoping to join in on the fun by venturing into the hardware market with the Steam operating system announced earlier this year together with the innovative Steam Controller and, of course, the mysterious Steam Box gaming machine. 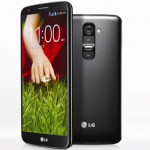