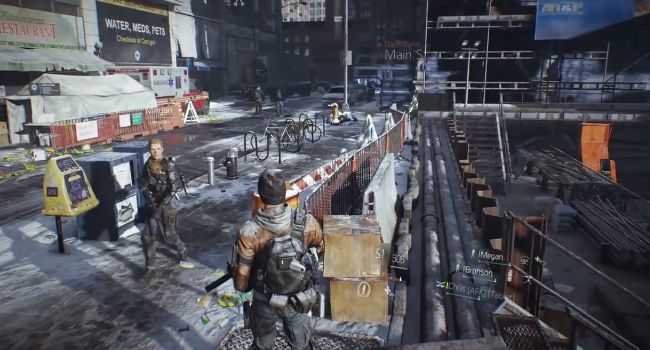 2013 has provided us some seriously epic gaming titles. We were taken into a whole new BioShock world with Bioshock Infinite, we saw the reimagining of Tomb Raider and Devil May Cry, and were introduced to some splendid debut tiles such as Remember Me and The Last of Us. As time will have it 2013 must soon come to an end, but this means 2014 is coming, and with it the promise of ten incredible next-gen titles. Let’s take a look at what 2014 has in store for gamers.

TitanFall looks like it might become one of the best games of 2014 and is the first game to be released by new developers Respawn Entertainment. It seems to play like mix between futuristic Call of Duty and Mirror’s Edge on steroids, with a few battle Mechs thrown in for good measure. It looks like a first-person shooter (FPS) with an amazing flow of momentum. It is important to note that this is an online-multiplayer game only. You play between a free-running Mech pilot (like infantry soldier) or operating a Mech warrior known as a “Titan”.

As infantry you can nimbly run up and bounce off walls. You even have a jetpack to go the distance. As a “Titan” you are still quite agile but you are no longer able to jump, crouch or take cover. It is set in the distant future and you play as a member of a wandering space fleet looking for a new home. On this journey you encounter other hostile fleets on the same mission. Titanfall looks like it will be a mind-blowing game and is definitely one to watch out for.

Watch Dogs is a highly anticipated upcoming open-world game and it is said to be the new frontier of next-gen gaming. The game is centered on Information Warfare. You play as a skilled hacker called Aiden Pearce and the game is set in a fictitious version of Chicago, Illinois. To complete your objectives you will need to use your abilities to hack into certain electronic devices so that you can gather information, steal money or cause a malfunction in the device. It runs on a completely new next-gen engine, called Disrupt, which was specifically built for Watch Dogs. It seems this game is dabbling in uncharted waters in the gaming world and I for one am very excited to see what we will end up with. Let us hope the large and bold statement holds merit.

The original Thief games were classics among the stealth genre. The last game in the series was Thief: Dark Shadows, release in 2004. Now, almost ten years later we are blessed with a reboot and it won’t (we hope it won’t) disappoint. You once again play as the master thief, Garret. As in the previous games, Thief focuses on avoiding fights by using stealth techniques such as, among many other methods, sneaking, sound distractions and hiding in the darkness much in the spirit of Dishonored. There will be many ways to take on your objective which keeps the gameplay fresh and exciting. Although head-on combat is possible in this game it will be used as a last resort. If you are a fan of games like Splinter Cell, Dishonored or Deus Ex where stealth plays a key role and you have multiple ways to complete your mission then Thief will definitely be a title you want spinning in your Xbox One or PS4.

Is this real, did I hear right? The old cult classic, Carmageddon, is back. If you do not share my excitement then chances are that you have never played this satisfyingly violent and bizarre old-school racer. Though Carmageddon was hidden under the disguise of a racer, at its core it was about serving your opponents, and well everyone around, a plate of brutal carnage. You once again enter the role of demented racer, Max. Your objective is to win a race… no matter what. Add to the fact that you score points for driving over anything alive and you can see what kind of tormented fun this game can lead to. Carmageddon: Reincarnation doesn’t look like it will graphically take on any of the latest AAA-racers but the fact is it doesn’t need to. It already has a proven, winning recipe that will provide you with endless gaming satisfaction.

Dragon Age: Inquisition is the third installment of the highly acclaimed Dragon Age series. You have the option to play as one of various races and classes. The races are Humans, Dwarfs Elves and Qunari, with the different class types listed as Warrior, Mage and Rogue. The new game is said to have a much larger world to explore and will have a different combat style than before, focusing more on consistent team play and strategic battling. Dragon Age: Inquisition is a must-have for anyone who is fan of the fantasy RPG genre (games like Elder Scrolls V: Skyrim and Kingdoms of Amalur).

This is a new action adventure game that I find very intriguing. It’s set in an alternate history of Victorian time London where half-bred creatures roam and technology is much more advanced. The overall plot is focused on an old war fought between the half-breed beasts and humans. You play as a member of an elite group of knights which was conceived at the time of King Arthur and the Knights of the Round Table. Now with the lower classes revolting against the rich and the beasts once again begin to wreak havoc on this alternative London, you and your Order are the only hope of saving humanity and restoring balance to the world. The game is said to be very “story driven, single-player, third person, action game”. The atmosphere looks mesmerising, the game play engaging and the graphics and sense of realism something to be admired.

Wolfenstein: the New Order is the ninth title to be born from the well-known Wolfenstein series. It’s the 1960’s and the Nazi empire had won World War II. You once again enter the role of infamous Nazi-killing war machine, William “B.J.” Blazkowicz. Wolfenstein: The New Order still holds true of its action packed First-Person Shooter (FPS) recipe. It takes place three years after the events of the previous game where Blazkowicz, the protagonist, has escaped from an asylum after nine years of torment. The world he now finds himself in is occupied by a new and advanced version of his age old rivals, the Nazi’s. If you are a fan of the Wolfenstein series or FPS’s in general then Wolfenstein: The New Order is title you should definitely keep your eyes on. Plus, Nazi’s are hated worldwide and by 99.9% of the world.

Do you remember Mel Gibson as the fearless Mad Max? Do you remember the array of fantastically crazy vehicles roaming the post-apocalyptic desert wastelands? Now imagine you can enter this world and play as this unsavory hero. The game is focused on vehicle combat but is said to have a healthy dose of melee and gunning action with stunningly good graphics. There will be a variety of weapons at your disposal, including Max’s trusty shotgun, but as ammo will be scarce you will end up doing a lot of melee combat. There is not much more known about this game but I feel that if it lives up to its movie counterpart we will have one hell of an action packed game on our hands.

Destiny looks like an excellent game. It is from the creators of the famous Halo titles, Bungie, and is published by Activision, who is known for the Call of Duty games. It is an action RPG first person shooter with a “sci-fi” twist. It’s single player, but only “works well” as an MMO. It is set in the distant future in a time known as the “Golden Age”, but because of an occurrence known as “The Collapse” this age has come to an end. It is said that the world of Destiny will take on a life of its own and events in-game do not necessarily happen as a result of the player, giving it a very realistic atmosphere.

It will integrate a new gaming engine by Bungie that will allow “global illuminations and real-time dynamic lighting to occur together”. It is important to note that Bungie doesn’t want to class this as a MMO as, for example, you will not see all the players on the server but will only those that that you are “matched” with. Taking this all into account it seems like Destiny will turn out to be a fresh, innovative and new MMO-like (sorry Bungie) first-person shooter.

The Tom Clancy game series has established itself as one of the big names in war games. It is an online first person shooter (FPS) and you play as a member of the “Strategic Homeland Division” also simply known as “The Division”. This open-world title does not concern itself with classes and allows you to choose weapons and skills to fit your style of gameplay and as an added bonus the graphical quality looks superb. It is built on the Snowdrop Engine that is said to “establish a more believable environment.” Tom Clancy games have a positive proven track record so this title is sure to provide you with many hours of online-FPS action. 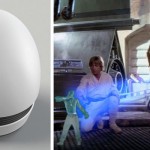