By Ioannis Verdelis
Read nextNext Galaxy Gear ‘an evolution’, S5 could have iris-scanning to rival TouchID 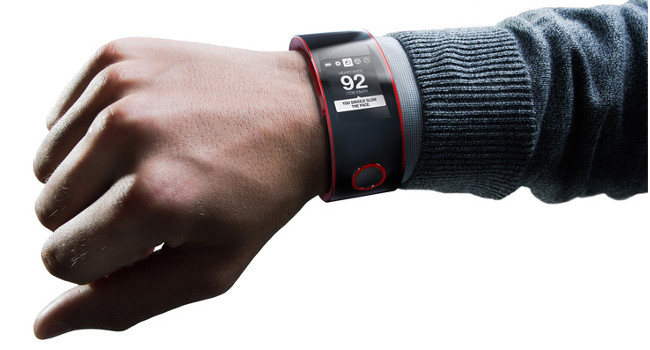 With the lackluster press reaction to the Samsung Galaxy Gear smartwatch, you may be thinking the smartwatch fad is over before it’s even begun. While consumers expected a smartphone-like device shrunken to be worn on the wrist, Samsung focused on optimizing the watch for on-the-go operation and a smaller screen. This first phase in the smartwatch revolution is about notifications, quick alerts, and hands-free operations, rather than freeing us from our smartphones completely.

But if you take a closer look, there are definite signs that these wearable technologies are here to stay. With its integrated camera, message notifications, and hands-free calling capabilities, the Galaxy Gear has a lot going for it. In fact, Samsung reports that it shipped 800,000 units in just two months. Clearly, it made a lot of techies’ Christmas lists.

And let’s not forget the Omate TrueSmart smartwatch, the Kickstarter-funded device with an enthusiastic following of early adopters. It raised more than US$1-million and has made itself available for licensing and incorporation into other designs.

With companies like Foursquare, Yelp, and GoPro getting on board developing native apps, the most exciting smartwatch capabilities are yet to come. As some early reviewers have noted, the next generation of smartwatches will make use of the vast amount of data they’re able to collect, pulling data from your calendar, gyroscope, accelerometer, and location to know where you are and which notifications you’ll find useful. Because it’s right on your arm, it will need to go a step further than a smartphone to know when and how to alert you.

There are a few key indicators that smartwatches are here to stay and destined to become more intertwined in our lives: Smartwatch shipments have risen sharply over the past 12 months, and it’s expected that more than 5 million smartwatches will be shipped in 2014 — a 900 percent rise from the projected figures for 2013. Samsung and Sony already have its first devices on the table, and rumors suggest that Apple and Google will be joining the party shortly. Startups like Omate and Pebble are defining new-use cases. With such big names and platforms behind these watches, they have a strong chance of becoming mainstream. The proliferation of smartphones has changed our culture dramatically in the last ten years. Our lives may be busier than ever, but 90 percent of SMS messages are read within three minutes of being received. We’re expected to respond to our friends, family, and co-workers instantly via text, email, or social media. We want seamless communication, and smartwatches are the natural evolution of smartphones. Despite some backlash against this “always-on” culture, it’s showing no signs of slowing down.

3. Our Quest for Work/Life Balance Remember when the first iPad launched? Many analysts couldn’t see why consumers would want a device that fell somewhere between a laptop and a smartphone, but tablets became the preferred device for downtime at home. Smartwatches can find their niche, too — with outdoor fitness or for occasions when users want to disconnect from the Web but still receive important alerts.

4. The Need for an Unobtrusive Device Outside a handful of diehard tech enthusiasts, who really wants to walk down the street with Google Glass strapped on his face? Smartwatches offer a much more natural and seamless experience than the futuristic Glass. No one is going to notice if you show up at work or sit down for lunch wearing a smartwatch, and it’s great for situations when you can’t pull out your smartphone to view a text.

5. The Possibilities of Wearable Tech The current smartwatches are a good start, but it’s clear there is a lot of room for improvement in the smartwatch user experience. For example, it’s safe to assume these items will evolve to become two-way communication devices, rather than windows for alerts and notifications. As the platform matures, apps will become more adept at utilizing the small screen, and the devices will gradually spread outside the circle of early tech adopters.

For now, smartwatches are tethered to a phone, but down the road, there are no limits to the possibilities of wearable tech. Soon, we’ll see standalone devices with cellular connectivity emerge that take advantage of a constant stream of user data.

We can’t expect smartwatches to do everything at once, but soon, you will have the freedom to leave your phone at home without worrying about missing something important. Imagine gesture-based actions, intelligent keyboards that work on tiny screens, and location-based notifications. No matter what early reviews say, smartwatches aren’t just a fad. Wearable tech is an exciting market that’s going to improve rapidly in the years to come, leading to unimaginable innovation.

Ioannis Verdelis is the Founder and COO of San Francisco-based <a href="http://syntellia.com/">Syntellia</a>, maker of <a href="http://fleksy.com/">Fleksy</a>, a software keyboard that lets you type on a touchscreen without even looking at the screen. 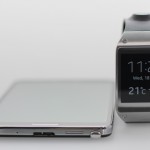