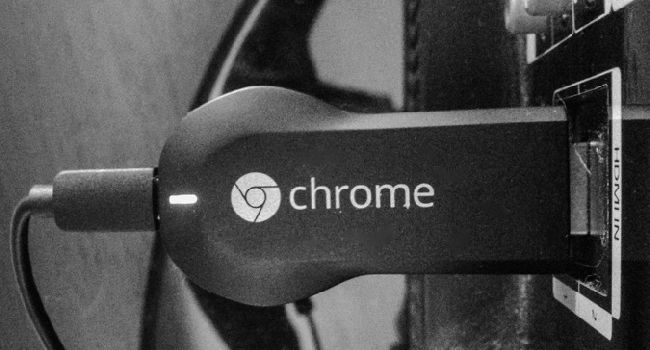 A great veil of misconception surrounds the Google Chromecast. It’s been billed by many as the dongle destined to turn any HDMI TV into a smart TV (regardless of how stupid that particular TV may be) and furthermore punted as the whizz-kid competitor to Apple TV.

My findings were far less remarkable; the Chromecast somehow manages to flit between being both impressive and undeveloped.

What the hell is a Chromecast?

It’s best to start at the beginning. Google’s Chromecast is decidedly not the special sauce that makes a smart TV — it lacks the sophistication of Microsoft’s new Xbox One in the lounge, and its decidedly not as slick as Apple TV. What the Chromecast does is what’s written on the box – it’s “the easiest way to play online video on your TV.”

The Chromecast is essentially a receiver, which, when plugged into an HDMI television, is capable of playing high-definition video. You may think otherwise, but the Chromecast is void of any native applications or internal storage, and relies entirely on an iOS, Android or Windows/Mac installation using the Chrome browser to receive content. I found it’s a great misconception that the Chromecast “streams” content – rather it casts content. Using an iOS or Android mobile device and browsing YouTube, I’m able to select the video’s output to play either natively on the device, or on a TV screen via the Chromecast. When this is done, the mobile device effectively becomes a wireless remote in my hands– the Chromecast downloads the selected content itself over a WiFi connection, and while content is played back on the TV screen, I’m free to use my mobile device as I see fit – this means that I can play Angry Birds on my iPhone whilst watching a level walkthrough on the big screen. Perfect.

Setting up the Chromecast is blissfully easy; the only requirements for use are an HDMI equipped TV, an iOS or Android mobile device and a Wi-Fi network. Out of the box, the Chromecast is inserted into an HDMI port itself or through a provided HDMI extension cable, if your TV’s HDMI ports are too closely placed together for the Chromecast to fit. The Chromecast receives juice either from your TV’s USB port, or a standard US plug USB power adaptor, which is supplied. The Chromecast itself is beautifully buttonless, aside from a small Reset toggle on the left hand side.

It’s important to note that at this stage, while available globally, the Chromecast is best used in its home markets – the United States or the United Kingdom. The Chromecast’s purpose — casting high-definition content — relies on specific subscription services which are only available in distinct territories; for example, Netflix, HBO, Pandora, or Google Play Music.

Unfortunately then, it is impossible for myself, or any user outside of these territories to use the Chromecast to its fullest potential (unless you go the VPN route). I grew quickly frustrated at either having to select content from YouTube or Red Bull — cat videos and adrenaline jockeys only have so much appeal. However, using YouTube to demonstrate the Chromecast’s abilities is effortlessly impressive. From my iPhone, I can navigate through YouTube, select a video for playback, and set to cast to the Chromecast. In a time-span short of a few seconds, the Chromecast snaps without any degree of transition from its home screen — a slideshow of attractive images — into full HD YouTube playback.

I found the Chromecast’s ability to quickly optimize the selected video into the highest available quality impressive — on a 2mbps internet connection, video playback was flawless, and quickly optimized to full quality in a shorter time-span than played back on the same connection on my 2011 MacBook running Google Chrome. The Chromecast quickly grew quite comfortable in my lounge – it’s a natural entertainment must-have, ideal for showcasing that hysterical fail compilation you found during your internet odyssey the prior night, or for streaming a live event on the big screen. The Chromecast is also capable of mirroring a specific tab in Google’s Chrome browser, which is currently listed as a Beta feature. I found the feature proved to be full of frustration, as demanding webpages taxed the Chromecast’s ability to both mirror and track movement across the length or breadth of the page. Despite this, I am still left with the feeling the Chromecast’s tab-mirroring facilities are a welcome addition and should be handy post-beta. Mirroring work on my own website proved attractive enough to draw me from the office into the lounge.

The Chromecast isn’t without its share of issues; to my irritation, my initial unit failed within three days of use. As online forums would suggest, it’s common for the Chromecast to cease video output past the bootup stage, and give either a vacant signal or blank screen. While some users have had success in fixing the issue through rebooting the Chromecast or resetting it entirely, mine ceased to function again and was returned promptly. During my investigation, I found that current evidence suggests a buggy release of the latest Chromecast firmware is the culprit. Happily, the second unit works without issue.

Verdict: Let’s set the record straight. The Google Chromecast isn’t many things – it really just is a receiver for an HDMI TV. However, the Chromecast performs simple tasks excellently, and is priced attractively at US$35, despite being ill-supported by territory-specific apps and services. Rumours suggest that 2014 shall see Google aggressively push the Chromecast with newer features – though at the moment, buying a Chromecast is perhaps at best an investment, and it might be best to suffice that the Chromecast is potential at its very beginning. 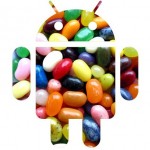