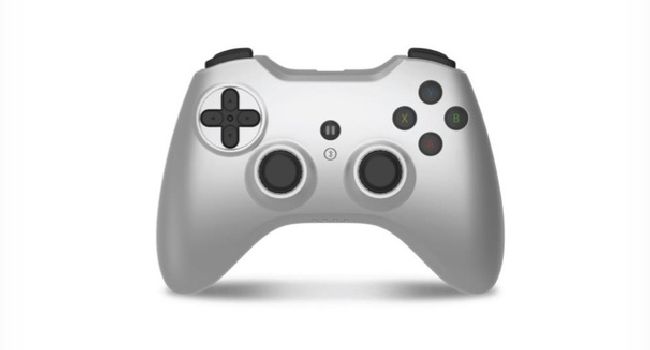 There have already been a few iOS gamepads outed this year, namely Logitech’s PowerShell and Moga’s Ace Power. Both have received less that stellar reviews and have been smacked down for being too pricey and feeling overly cheap.

CES 2014 has another solution for gaming hungry iPhone 5s/5c owners: the RP One (Xbox One?), a Bluetooth gamepad described as “pro style” by Signal USA, the company making this Xbox One-aping controller for iPhone, iPad and iPod Touch. While the first batch of iOS controllers haven’t impressed, Signal may yet change our minds.

What rocks about the RP One is that it’s not a slot for an iPhone, or a case for an iPad with a controller attached. No, this is simply a Bluetooth controller that will work with any iOS 7 compatible device, reports AppleInsider.

The RP One is even the same price as the other controllers. So that’s US$99 for a good-looking gamepad that’s instantly familiar to any serious gamer. One question though is, will there be a compelling library of iOS 7 games compatible with the controllers?

Currently, titles such as Bastion, Limbo, GTA: San Andreas and loads more work with the new controllers, but all these top titles are waiting for, is a controller to rule them all. Will it be this Mfi gamepad, or will SteelSeries’ (very attractive) “Stratus” controller win the hearts and minds of mobile gamers? It’s going to be a tough battle, because Startus is also US$99. Kudos to every company for adhering to a fiscal benchmark.

This is SteelSeries Stratus controller in action

There’s more to the RP One. It comes with a universal stand to keep the iPhone, iPad or iPod Touch standing while gaming and the company has said that it’s built-in lithium-ion battery will last over ten hours, which is the standard for wireless Xbox and PS gamepads. By basing the RP One off the most popular gamepad designs, Signal USA may just have the first good, if not great iOS 7 controller under its wing. And if not, there should be a wide choice of controllers when this gizmo launches later this year. 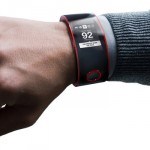