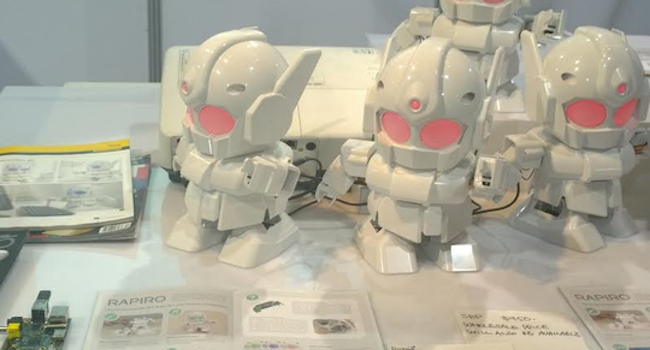 I recently wrote about some of the coolest ways people are using the Raspberry Pi. Since then there have been thousands of new uses for the credit card sized computer cropping up. So I chose 20 of the kookiest new uses for the Pi, dreamed up by you, the denizens of the internet, and the keepers of our digital dreams.

1. Connect hot-swappable batteries up to it with MoPi.

This is a keen use of the Pi, no doubt. Getting a Pi to run off batteries is a challenge which the MoPi plans to tackle, says The Register.

It’s pretty ingenious as well, as the MoPi will keep a Raspberry Pi active even while the user is swapping out a dead battery. It’s a Kickstarter campaign, and one that deserves your funding.

2. Turning a useless CD-ROM drive into a mini Pi It’s all very “Inception” with this use. This clever nut has hidden a Pi inside an old CD-ROM drive, and because CDs and DVDs are all but useless (digital downloads, baby), this actually ends up being a fairly clever use of old tech. The EETimes has more on that story.

3. Retire your personal assistant with this Pi voice-activated PA

This is sure to raise the ire of more than a few personal assistants. But time moves on, and so does the Pi. With a few spare parts, a rustic PA system and a WiFi connection, you’ve got a neat version of Siri: Mad Men edition.

4. Pi control, care of the iPad Is it, the iPi? No, it’s an iPad that controls the RaspBerry Pi. You can follow the instructions here to create your own Apple-loving iPad server for the Pi. And according to the author, the darn thing works! Between bouts of Super Hexagon, I don’t really have time for such complex setups, but I’m sure that some of you will get this right.

5. Hipster dreams with the wooden PiPad This is cute as a button. An inventive user turned his Pi into a wooden tablet. Wired says that the PiPad has a crazy 10 000mAh battery (that’s well over a week of charge), hewn in Baltic birch plywood and “a scrap of carbon fibre”. Don’t expect to see this one being mass-produced. Hipsters though, will scream for it. The price? A smattering below £210.

The Pi will never win any awards for good looks, but it will for innovation. This project here is a fascinating use of the Pi, as it becomes a touchscreen control centre for a camera. We can thank Adafruit for his efforts. Also, the video is mind-blowing.

7. A Pi-based Steam Machine with LimeLight

LimeLight can stream PC games to an Android or Pi computer. It’s actually pretty darn amazing when you think about it: the Nvidia Gamestream client (made for Project Shield) will actually work with most devices, as long as you have the know how. According to the user’s post, LimeLight successfully works with ArchLinux.

8. Time lapse camera controls, the Pi can do that

I’m beginning to think that cameras controls are the best use for the Pi. This project demonstrates how the Pi can become the perfect controls for those who want to shoot time-lapse videos, but don’t have the software or hardware to do so. The results are astounding.

9. Get tipsy with the Pi robot bartender

With 16 bottles and a chaser station, this side-project looks to replace the depressed bartenders of yore. No more begging for drinks or spilled sodas. Behold, the future of getting drunk. Design News has more. The weirdly named Rapiro was a darling find at this years CES. The team behind it says that the robot has “limitless capabilities”. Does this mean I can get him to do my job for me when Dark Souls II releases? Rapiro costs £229 and even comes with a camera module, so it can watch you as you sleep, if you program it to. Here’s perhaps the most ingenious use yet for the Pi. This clever user built an AIO PC with nary more than spare parts and a Pi. Mike, the user, has posted a full list of instructions and parts required so predictably any one of us can set up this nifty AIO Pi PC.

12. A mini-weather station, just for you Not every use of the Pi has to be frivolous in nature. Some uses can even save us from downpour.That’s the job of the BADGEr ePaper Weather Station, a device which “shows the current date, sunrise time, sunset time, weather forecast, chance of precipitation, temperature (high) and temperature (low)”. The creator of the BADGEr has mounted it on his wall, care of some 3D printed brackets says Geeky-gadgets.

Using a Pi as a games console is definitely the most useful and obvious application of the Pi. Enter the Pi-Boy, which combines a Super Nintendo and Gameboy into one retro-running machine. Just take a look at the video above and how the user tore apart his Nintendo devices. Now that takes guts.

14. A chocolate jacket that responds to love

The headline above isn’t too far off. We reported on Cadbury’ Joy jacket earlier this year, a Pi controlled by how much you love chocolate. Eat chocolate and the jacket, detecting this lights up with a carnival of colours. Says Cadbury about the jacket “[It’s meant to] amplify the joy experienced by a person as they enjoyed two different (and awesome) flavours of Cadbury chocolates.” If you have the weird urge to run Windows 3.1 on your Pi, it’s possible, just not recommended (the OS has dated terribly). You’ll need to download Project DOS first and follow these instructions, handsomely laid out by CNET. This little project is more about curiosity than actual usefulness.

16. A cuppa’ coffee with MoccaPI

We couldn’t find build instructions, but we have discovered the oddest use of the Pi yet, as a coffeemaker. Intrinsically it makes sense, coffee requires perfect timing to avoid burned grounds, bubbling water and poor-tasting java. The MoccaPI looks to fill that gap perfectly.

The author of this post says that this is “the most important use for his Pi,” and who are we to argue? With Getmail, you can now backup your Gmail to a physical server, you know, for that extra level of security. The instructions don’t even look that difficult, even I could figure it out.

18. Taking selfies of the earth Dave Akerman combined a Pi, GPS, a camera, and a radio transmitter to a balloon. The results? Snaps of the earth from high above. The Pi Balloon rose to 40 Km above the earth and according to the post, was even safely recovered. Will wonders ever cease?

There’s no real use for this, outside of pure curiosity. Over 44 beer cans were consumed in the making of this keyboard. Did the creators of the Beer Can Keyboard consume every can? Don’t drink and Pi people.

20. A spider robot that to haunt your dreams with 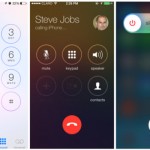