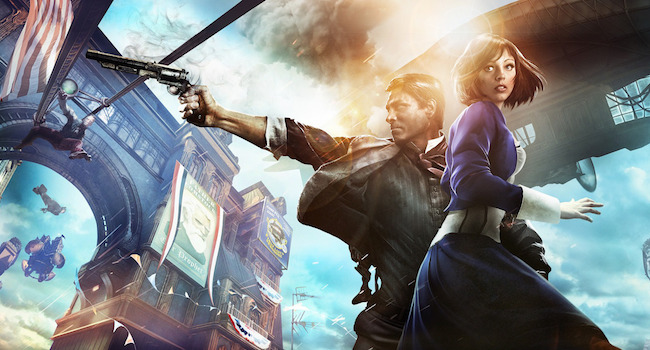 Earlier this week, Irrational Games head Ken Levine posted an open letter on his site, saying that he’s winding down his company to concentrate on a more entrepreneurial endeavour with a smaller team. His new goal? “To make narrative-driven games for the core gamer that are highly replayable. To foster the most direct relationship with our fans possible, we will focus exclusively on content delivered digitally.”

That sounds dreamy, and the legacy Irrational Games left behind is near flawless. These are the six games which defined the company, titles which broke down barriers and forged new roles for games which were stuck in rote cycles of shoot, move forward and repeat.

In a word: revolutionary. In other words, scary, creepy, insane. System Shock 2 was the first shooter (besides SS 1) where I had to think about item management, which weapon was most important to me (upgrades, baby) and where to go next. SS2 was practically freeform, as each level dropped you into the thick of it with a set goal, but with endless ways to accomplish it. An insane AI, Shodan, was the highlight of the game which combined first-person shooting with exploration and true horror. The collectible audio logs from fallen crew members provided most of the scares, and began a trend which Irrational Games followed through with until the very end: that large portions of the story can be missed out on if the audio logs weren’t collected.

I won’t say that strategy/RPGs were boring per say before Freedom Force, they just didn’t have as much pizazz or wit. Freedom force took the Baldur’s Gate top-down RPG style and combined it into a charming, often laugh-out-loud game which was impossible to ignore. It also took standard superhero tropes and turned it on its head. Instead of fighting with Batman and Superman, you’d use Minuteman, Liberty Lad and El Diablo. Every character was fleshed-out, and the simplified controls were a pleasure to use. Imagine a 60’s comic book turned into an RPG, and you’re not far off. Freedom Force was followed by Freedom Force vs the 3rd Reich in 2005.

There’s something special about Tribes: Vengeance as it’s legacy of insanely detailed and unique guns would later carry over into BioShock and its sequels. But what is most fondly remembered is the grappling hook, loads of controllable vehicles, a third-person perspective that actually worked and stellar graphics. Tribes: Vengeance knew what it was doing and offered up one of the best online shooting experiences of its time. While the graphics may look tame in comparison to what’s on offer today, the gameplay is simply irresistible. Irrational somehow managed to make future weaponry feel right. Also, jetpacks. That’s right, screw jumping because we’ve got jetpacks and we ain’t afraid to use them.

SWAT 4 is special. While everyone was busy with Guitar Hero, Call of Duty 2 and Quake 4, Irrational decided to kick it up a notch with a tactical game unlike any other. SWAT 4 barely resembles the first three and is one of the most tactical shooters to date. The list of tactical options were myriad, with lethal and non-lethal options aplenty. Missions were graded by how “police-like” you were (zero deaths almost ensured a perfect score) and surprisingly, there was an excellent if cheesy cop tale attached to the game. SWAT 4 also demonstrated Irrational’s supreme ability to create tension and genuine atmosphere with carefully positioned audio. A skill they put into practice with arguably their most exciting and popular games, both listed below. Also, the game was Titanium-hard.

This was Irrational Games finest moment. Bioshock woke up the shooter genre with tension, plot twists, an experimental approach to fighting enemies, and some of the most sumptuous graphics around. For many of us, this was the next-gen game our Xbox 360’s and PS3’s had been waiting for, a title with the brains and heart to appeal to a mature audience sick and tired of mindless blood and boobs. Bioshock took us under the sea, into a fantasy Atlantis called Rapture which was supposed to house the most brilliant minds of our generation. Sadly, it all went to hell and super-power inducing vigors turned its citizens into crazed killers. Your job, to explore the city, discover the cause of evil and shut it down. Would you kindly play this game?

Angry Joe always deserves some love, what a man
First off, Bioshock Infinite is a beautiful game. Everything Bioshock brought to the game, Infinite magnifies ten-fold. Plus, you get to shoot racists in the face or control their minds, forcing them into a grizzly death. In my opinion though, the story outweighs the gameplay which is incredibly default. Nothing has changed from Bioshock but that’s not necessarily a negative move on Irrationals part. The story though is mind-blowing. The ending alone will make you question not only the reality of games, but the concept of time and space in general. What Bioshock Infinite brings to game plot is legend. I also loved the Skyhooks, something which is kind of unique to the shooter genre. This wasn’t Irrational’s finest moment (it belongs to Bioshock), but it is one of the best looking, and most polished shooter yet made. It’s also Ken Levine’s swan-song, and the final game to launch from Irrational Games. 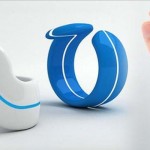