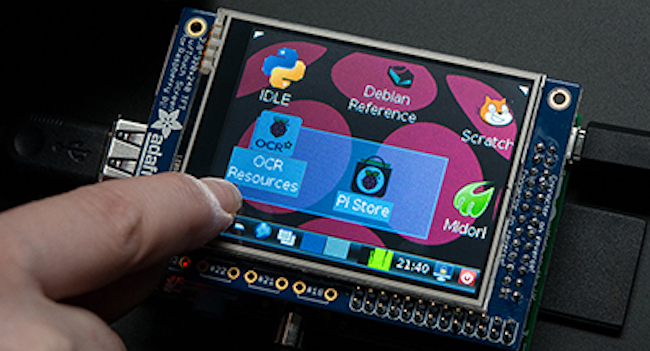 It’s no secret that we dig the Raspberry Pi, a tiny motherboard capable of anything, a hobbyists dream — and any way to make the interface closer to the Pi is bonus. That’s why we think this tiny 2.8″ touchscreen from Adafruit would be a decent addition to any modders arsenal. Engadget dug it up, but we think the rest of the world should also know that for under US$40 you can stick a TFT touchscreen right onto a Raspberry Pi.

Apologies for the advertorial-ish nature of the video, at least it’s informative. Adafruit’s 2.8″ touchscreen uses 16-bit colours (think Super Nintendo colours) as the speakers demo a downscaled video for the display. The screen is rugged enough to handle an OS of course, called X, “Windowing” software for the all-text backend.

The price is the best factor, as it costs far less than the average price of a Raspberry Pi. It’s official name, PiTFT Mini Kit even plugs directly onto the top of the Raspberry Pi. Adafruit even kindly directs you to tutorials, which look simple enough even for us to install the TFT touchscreen. So while the display may look rough at times, it’s at least a convenient and creative new way of interacting with the Pi. 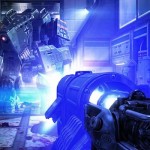