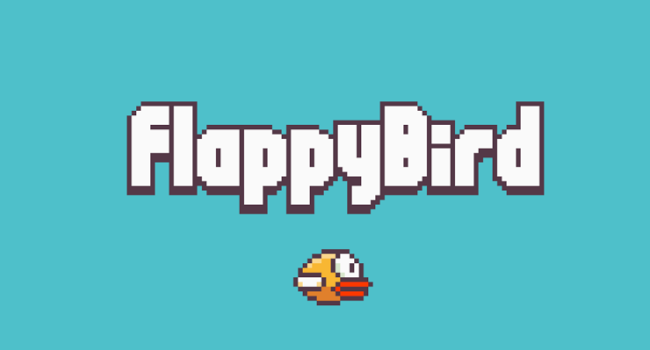 Thirdly, keep playing it. Resist the urge to uninstall it.

Finally, allow your head to combust.

Flappy Bird is a few things: frustrating, addictive, simple and above all, the purest game to roll onto iOS and Android since Dots. It’s weird to even review it. Flappy Bird does what Super Hexagon did for geometry, by providing an unflappable representation of gameplay. Consistency, when presented in a digital form lends itself to analogous behaviour. In other words, a great game vanishes beneath the fingertips and provides a clear, coherent path of which we are the travellers, and the road is Flappy Bird. The pipes are the obstacles in our path and the rhythmic tap-based controls are a soothing balm in an era of touchscreen interfaces that are so complex, we’ve started to build gamepads that fit around our devices. Enough is bloody enough. A decent score, some would say

Here’s the setup. Flappy Bird asks you to guide a little fish-bird hybrid ripped from Super Mario Bros. through a never-ending screen of progressing pipes. Derek (the fish-bird looks like a Derek), is constantly falling forward with only a tap from your finger keeping him (it?) aloft. Derek falls, you tap and he rises to avoid a pipe. For every pipe you pass, you get a point. It’s so easy, but so unattainable.

Hundreds of games follow Flappy Bird’s addictive lifecycle. You die, are reborn, and you try again. It’s Dark Souls, distilled into the body of a fish-chicken-bird which refuses to die. But as I said earlier, it’s also the purest mobile game I’ve played in months. There is simply nothing more to Flappy Bird then its score. In Dark Souls, it is the profound journey from undead to *slight spoiler* undead king.

With Flappy Bird, the beauty and hair-pulling difficulty is distilled into its purest form. It’s also weirdly popular. Fun fact: Flappy Bird launched in May 2013 for iOS first. It’s now been pushed into the limelight, thanks to articles like these which lament and mock its infuriating difficulty.

I want to stop playing, and I will. As I write, the addiction leaves me. Flappy Bird is no more a game than it is a disease of the body. My highest score is 13 and for that I received a medal. Depending on your score, you can earn a bronze, silver, gold or platinum medal. With this medal, and that score, I was done. I had excised Flappy Bird from my system and was the better for it.

There’s another side to Flappy Bird though. Namely the multiplayer aspect of it. There isn’t a hard-and-fast online component to the game (outside of the global scoreboard which is filled with fake scores that rocket into the billions), but it works well when being passed from person to person. Play a game, die in seconds, pass it to your friend. And on the cycle goes. In my opinion, it is the only way to extend Flappy Bird  past its humble origins and perhaps, keep it relevant for another day or so.

Verdict: Flappy Bird is de-evolution, a step back into the past of gaming. While the controls are perfect and the gameplay pure, there’s something unnatural about its progression. After a day of gaming, I lost total interest. Flappy Bird is a vapid thrill, a quick ride into the oblivion of gaming where only fire and brimstone awaits. For that one day, you’ll be lost in the magic of Flappy Bird, but the day after it’ll just sit there lost among hundreds of apps on your phone. I can’t knock a game for being addictive, but I can disapprove of its vapid nature. 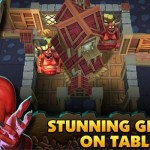