The ambitions and imaginations of gamers exceeds all. Some ex-Ubisoft developers are setting out on the bold mission to map the entire world using drones and Google Maps to create the world’s first “true open world” online action RPG. The map will eventually be a replica of Earth. ReROLL is ambitious to say the least.

“The world, society, order, everything is going down the drain and fast. Flashing your credit card at your groceries cashier will not get you food,” goes the plot. You’ll have to create your shelter, explore for resources and craft your own weapons. It further reads:

“Before being able to hunt, capture or grow your own food, you’ll have to scavenge or steal what’s around. That means constantly looking over your shoulder while doing those rounds. Because, the last thing you want is to be on the receiving end of somebody arrow or bullet. Worst, being chased by those weird mutants that are just getting more aggressive as days goes by.” The Gardener has the advantage of having a chicken which will provide him with one egg every day.
There are various classes and characters to choose from. Many of them already available for pre-order, and you’ll be able to play as the Gardener, Farmer or Scavenger for instance. Each with their own set of specialties and unique items.

The company behind this project, Pixyul, says that the drone-sourced locations will also be synced with real-world weather and time implementations. The company is using civilian drones to map out a high-definition replica of the Earth one kilometer at a time — a lengthy and complicated process.

“If you get an island of five square kilometers, that’s still a lot of fun in that space,” co-founder Louis-Pierre Pharand says to Polygon. “We’re going to have a lot real-world regions into it, but the gameplay will be fine-tuned and polished for those regions.”

The project is hopefully heading to Kickstarter or Indiegogo soon. Given its enormity, the game will be released in parts which are referred to as Bricks. Brick One is expected to be launched sometime in 2015 for Windows PC. 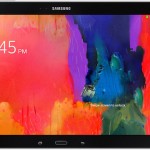