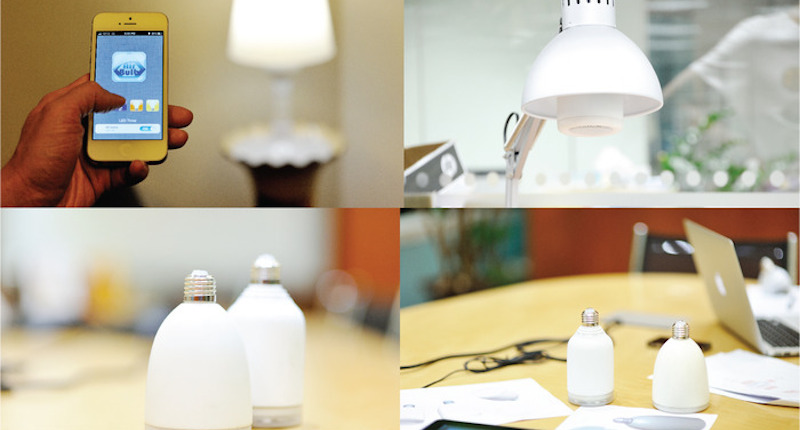 Where there is light, there is music, says AirBulb’s creators. They’re making what must surely be the world’s first LED bluetooth lightbulb with built-in speakers.

Controlled via an Android or iOS smartphone, the AirBulb is an incredibly simple idea, but a genius gadget that will help streamline our lives. As well as playing music, one can also control the bulb’s colour and light-levels. AirBulb can even output “natural sounds”, which are built in to the bulb.

The gadget also works as a notification system,  blinking to warn of incoming calls (although flickering lights are a function that will assuredly produce headaches), and can be used as a timer or alarm.

There’s even talk of a colour RGB version that will produce “disco lighting”. Imagine that waking you up in the morning — it would ensure a lot of smashed AirBulbs. Installation will be as simple as screwing in the bulb, installing the app and pairing the AirBulb with a compatible phone. Here’s what we like: there are no wires. The entire process is controlled by the bluetooth connection, and up to two devices can control one AirBulb. Imagine having a speaker that’s always ready and never requires charging. Best of all, it’s completely disguised in the home or work environment. The speaker is a “full range acoustic driver”, which drives a 3W Class D amp (this just means that the device can be switched on or off with zero down time). Hong Kong-based Avantconcept, creators of AirBulb, aren’t looking to change the world but simply to make it a more habitable place. The KickStarter campaign begins today.

Based on the campaign info, AirBulb will cost US$59 and will ship May 2014 if all goes well. The campaign isn’t live yet, but when it kicks off Avantconcept says it needs US$100 000 to seed the project to completion. As soon as the project is live, we’ll update with a video and link to the Kickstarter site. 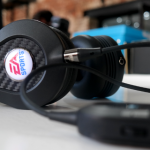