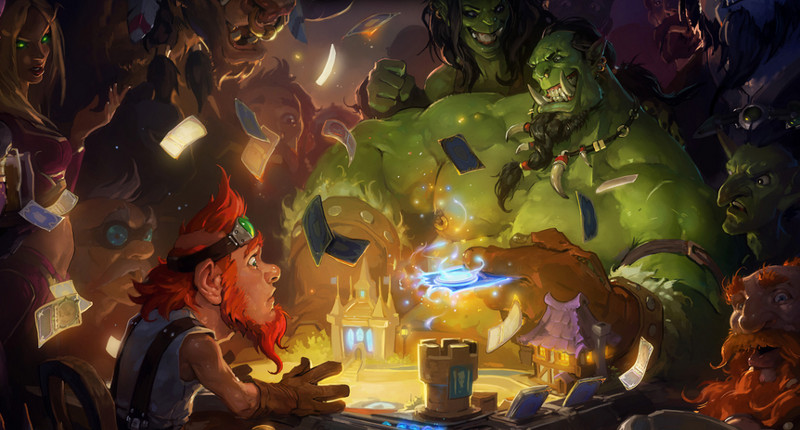 Blizzard’s free-to-play collectible online card game has recently snuck out of beta. The final product of an already popular game is in the wild, which means that critics can finally say what they think of Hearthstone: Heroes of Warcraft. Personally, I’ve been an avid Blizzard fan since the days of yore, so the thought of a comical dwarf narrator swinging around mugs of beer in the once holy Warcraft universe turned my world completely upside down. The idea of the pre-panda Warcraft universe being a dramatic yet fragile ecosystem of my imagination where Illidan Stormrage summoned demons from the sea and the Undead usurped the throne of the Alliance was left skewed.

But after giving Hearthstone a shot — a couple of hundred to be exact — I soon found myself having more fun than what the fantasy of the Warcraft universe allowed me to.

At first the PC and Mac (coming to Android and iOS later) title is free-to-play, luring you into a world with familiar Warcraft characters, easy-to-understand mechanics and lots of subtle Dwarfish winking and jesting. Before you know it, you’ll be fixated on performing well in your next appearance in the epic Arena, and not much else. Like any addictive substance on this beautifully messed up world of ours, there is no such thing as “just one more time”. Rounds in this turn-based card game are quick, simple and friendly… so it will have you believe.

Before you know it, you’ll see your morning turn into afternoon, and your afternoon turn into weekend-tournaments, coining, kicking, laughing and, eventually, spending a whole lot of real-life coin, cursing your lack of self-control with the ensued comedown.

The learning curve?
If it sounds like I’m speaking in Murlock-tongue just try to bear with me; it’s designed to be extremely user-friendly, and it is. The graphics aren’t demanding though it’s very detailed and well looked after.

There’s a total of nine heroes to choose from. Ranging from mages and warlocks to warriors and rogues, each have their own special character abilities. Rexxar the Hunter has the ability to deal +2 damage to the enemy hero, for example, while Malfurion Stormrage has the ability to add one attack and one defence. Then you can build a virtual card deck by adding different minions from goblins to dragons, which you summon to the battlefield using mana to either defend or attack.

Your hero has a default health bar of 20 points, and it’s your objective to get your opponent’s to a fat, hoop-shaped zero. This is done by casting various spells and summoning different creatures to the battlefield. Still following?

You’ll start-off with Jaina Proudmoore, the Mage. By defeating other classes, you’ll soon find yourself having a whole arsenal of death and destruction at your disposal.

The game eases you into the World of Warcraft as it pits you against the AI at first, followed by unranked online gameplay, ranked and then ultimately, the intimidating Arena — a healthy learning curve indeed. An in-game chat option would have been welcome though. There are times you feel like cursing your opponent for being better than you or actually just giving them a sarcastic thumbs up for their efforts. The beauty of Hearthstone lies in the details: subtle shine and sparkle animations when picking up a card or launching a massive attack, letting your minion batter the opponent leaves the arena shaking and an imaginary crowd going “oooh!” and “aaah!”. It’s all very smooth and satisfying. The quirky melodies and player matching slots before every match also grows on you — leaving you with a sense of familiarity.

What any noob will soon come to realise about Hearthstone, is that it’s a tale of innocent frustration and tragic irony. It’s easy to get into but difficult to get out of. A single match is quick (about 10-15 minutes) yet people can play it for hours on end.

The game comes across as superficial but you’ll soon find it has a lot of depth — there are always new cards to unlock, combos to experiment with, there’s always a chance to learn the different heroes’ strengths and weaknesses, and so on.

Knowing your cards
Similar to Blizzard’s previous strategy titles, the core of Hearthstone lies in knowing your deck build. Simply known as a ‘build’ in Starcraft and Warcraft, these formulas of success can give you the necessary framework used to overcome your opponent.

Building a deck that suits you takes time. When pitted against a Hero, your strength during the round might be your weakness the next. It’s not just about knowing the cards available, or suitable, to your Hero, it’s about your mana curve and spell versus minion distribution balance as well.

Portals like Hearthhead come in handy, though the best way to learn is to see them in action. I would suggest taking a hard look at the YouTube and Twitch channels of popular players such as TrumpSC, StrifeCro and nl_Kripp.

Gold can then be used to buy card packs or for entering the Arena. It can be collected by winning matches and doing quests. It could also be gathered by using your credit card. For now, the in-game purchases won’t be staring you in the face too much but the prospect of purchasing a winning pack is almost too good to resist. Five-card packs cost up to US$1.50 each. Throw a couple of limited rare cards in the mix and you’ll see geeks flinging their proverbial wallets towards their computer screens in angst.

Compared to its biggest competitor Magic: The Gathering, the user interface and overall attractiveness are given greater attention and comes across as friendly and intuitive. Signatory sounds, music and animations give you a comforting experience. Soon, you’ll find that the real life card game is actually much better than the tablet or PC versions. Hearthstone is a virtual card game first, not the other way around.

Nutshell: I’m really loving the game and while it treads far from what old-school Blizzard fans are used to, I don’t really care. I overindulge myself in the sin. If you’re like me and you love strategic planning to outwit your friends and foes alike, you’ll really enjoy Hearthstone. Having said that, if you’re not into the iconic comical nature of the title you might have a hard time enjoying it. But I did, and I give it this score. 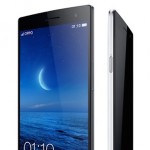