There’s a bunch of new updates coming to the PS4 today, as detailed by Sony. None of them will improve the gameplay experience, but will bolster video editing and sharing options. And sharing is caring.

PS4 owners who broadcast and share their content via Twitch have been left in the lurch until today’s update. One of the firmware changes will include the option to turn HDCP (High-bandwidth Digital Content Protection) off — this means that PS4 videos can now be outputted to an HDMI source for lengthier gameplay capturing.

Pressing the Share button on the DualShock 4 will now offer a third option for copying video content to USB. And not only videos, but screenshots too.

Lastly, Sony’s adding a rich video editor to the PS4, which is described as a “simple tool for to personalise video clips.” It’ll be great to edit videos without having to resort to any third-party software, so good for Sony.

Sony’s far from finished, because in the future and as part of a separate software update, Twitch will see a bump in resolution, and sessions will broadcast in 720p, which matches the Xbox One’s video-sharing options. Higher resolutions mean better sharing sessions for the Twitch viewer.  An incremental update, but no less an important one, is the added ability to archive broadcasts.

For the gaming blogger (and there are many angry bloggers out there), these PS4 video editing options are going to be like a shot of adrenalin in the arm. Log on, update, tune out. 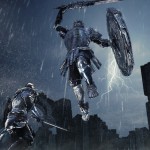