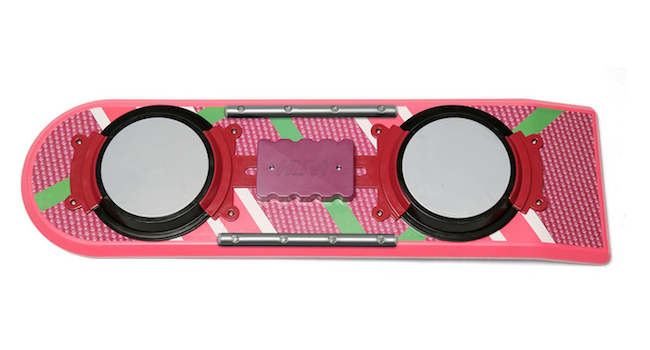 Update: As we said, it was a Funny or Die lie, and the site is “sorry for lying about hoverboards.” It better be, it played with our deepest geek desire. Here’s the full apology, plus the link to the making of video (Funny or Die disallows content embedding)

Funny Or Die recently teamed up with a group of celebrities for an elaborate prank to convince the world hoverboards were real and that a company called HUVr Tech had invented them. Sadly, we were lying. The great promise of Back to the Future II has not been fulfilled … yet. And for that, we truly are sorry.

Will Ferrel’s comedy site Funnyordie has a lot to answer for, mainly for messing with countless millions of childhood dreams. The site tried its best to trick the denizens of the internet with the golden goose of gadgets: the Hoverboard, named here as “HUVr”. There’s even a fake website, and an incredibly realistic video of Tony Hawk and other local LA-based actors proclaiming that it’s the greatest gizmo of all time. Watch the video, and believe (in lies).

It took Twitter user Devin Faraci to reveal the truth.

The link from his tweet points to Lauren Biedenharn, a wardrobe stylist/costume designers website (a cached copy, as the site is now offline), who mentions the job in her online resume.

This is one of the crueler tricks the internet has played, as a hoverboard is high on everyone’s list for “things we really, really want.”

Oh so fake indeed.
Speculations, since the video launched earlier today, include hints of Back to the Future IV, as the Doc himself Christopher Lloyd rolls up in the DeLorean on the day Marty McFly went back to the future (March 4 2014). There’s even the rumour of power-lacing Nike’s, as seen in Back to the Future II. The shoes are a hoax and so is the HOVr. Let’s hope that these are indications of a fourth Back to the Future film.

For the easily fooled, the official website of HUVr doesn’t help. It’s rather slick, with the mention of an app “coming soon” which will activate the board, track it, as well as allowing users to rate and share routes. Sounds cool, if it were real.

HUVr’s About Us section is also, expertly written:

What began as a summer project in 2010 at the MIT Physics Graduate Program has evolved into one of the most exciting independent products to be developed out of MIT since the high-powered lithium-ion batteries developed by Yet-Ming Chiang in 2001. Our team consists of materials science, electricity & magnetism experts who’ve solved an important part of one of science’s mysteries: the key to antigravity.

The HUVr Board team ultimately aims to improve the efficiency, speed and sustainability of mass transportation. Yet rather than spend several more years closed off from the world while investing in research and development, the team and our world-class investors have worked to change the economics R&D by marketing this exciting consumer product in order to fund ongoing R&D.

A small part of every one of us wishes this was real. What do you think the use of this video is? Film promotion, straight-up spoof or an advert for fake hoverboards? 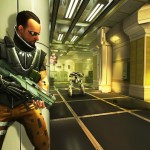