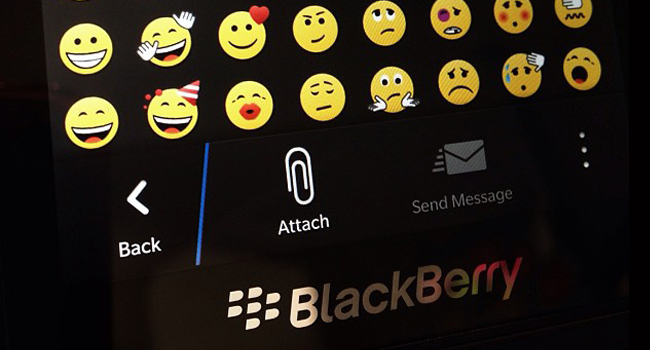 Instant Messaging apps would be great material for a spaghetti western.

You can almost picture it; the five big guns in the west are set to meet in a sunset duel to the death. Each one brings its all to the table, staring down its four contenders in a steely eyed Mexican stand-off. As the old saying goes –”this town simply isn’t big enough for the five of us.”

But let’s head back to reality: In the real world, a duel between chat apps would be quite disappointing. Instead of a steady grip and a deadeye aim, the winner is crowned – continually – on the amount of subscribers it can attract. Let’s take our friends, family, and loved ones out of the equation and launch a full-blown war between five of the biggest instant messaging applications around: BBM, WhatsApp, Line, Viber, and WeChat. We’ll investigate which app stands above the rest. There can be only one.

BlackBerry Messenger, much as in the eponymous book and television series, is playing catch-up in a Game of Thrones. Once nearly the king of all the land, BBM has slid from its height of popularity in BlackBerry’s (formerly Research In Motion’s) heyday, and following a universal platform launch across iOS and Android, looks to regain favour. Unfortunately, a delayed launch and lacklustre reception has meant that BBM could now be considered both unwanted and yet still socially obligatory.

BBM comprises a core messaging experience, accompanied by voice calling to other BBM contacts. The app, on Android and iOS, remains a slightly boring experience, with a mundane contact grid, complemented by in-app emoticons, image sending, contact statuses, voice notes, and the most famous of troll bait, the humble Ping.

BBM remains a social experience, driven by its support for statuses and easily changeable contact display pictures. In use, the app runs smoothly while delivering messages, voice notes and performing voice calls, but is let down by temperamental instability and the occasional service outage. BBM is far from perfect, but thanks to its now universal use and social experience it remains as at least, an obligatory download.

WhatsApp has always groomed itself as a humble pillar of mobile instant messaging; bringing together simple, easy to use and not overtly complicated features. The app currently enjoys an enormous international usership, and now following an acquisition from Facebook, looks set to be developed further. It’s also the most sparsely featured application in this roundup. WhatsApp employs simple instant messaging, standard emojis, as well as image and voice note sharing between contacts.

While popular, WhatsApp suffers from poor overall design: the app’s awkward layout render status and display picture changes underused, depriving the instant messenger of BBM’s social appeal. Despite this, WhatsApp is vaguely customisable, with a collection of sonic alert tones and chat wallpapers to please every user’s eyes and ears.

WhatsApp’s most unlikely killer feature lies within the app’s association with a user’s mobile number; through simply acquiring a contact’s cellular number, the said individual is instantly added to the user’s WhatsApp favourite list for convenient future messaging. It’s a far cry from the complexity of the myriad options used to add contacts in any other application reviewed here.

WhatsApp, unfortunately, is the instant messenger you’d gladly use, but would hesitate to love. A standard feature set comprised around the focus of pure instant messaging, with the omissions of popular features such as the (apparently imminent) ability to make voice calls render WhatsApp useful, while altogether boring.

Hold on, small world, China is on the march, and it’s come bearing the Swiss Army Knife of instant messaging applications: WeChat.

If you’ve ever imagined all those other weird and wonderful things you wish could do with an instant messenger, it’s likely WeChat can do it. Arriving armed to the teeth with complimentary in-app games, emoticons, photo location, favourite and app sharing, facilities for finding new contacts (QR code scanning, shake to connect as well as a Nearby function), and sticker support. WeChat also offers a social component through story-logging in Moments, as well as supporting fairly inaccessible statuses on each user’s profile page.

If you fancy your messenger applications bearing all the fruits of the Earth, we could call of the search right here. WeChat offers such a magnitude of features, abilities, social interaction as well as a general reliability factor that it’s easily the most capable instant messenger on the app market today.

Despite this, WeChat does lack a certain nuance — the app on first inspection is completely overwhelming, and to send simple text messages inviting your friends over for a beer feels akin to using a chainsaw to cut through tracing paper. For the sake of fairness, let’s keep looking on.

Using the still iOS 6 styled Viber on an iPhone feels like an exploration of the dated past. While certainly not dated in function, it’s really unfair to dub Viber an “instant messaging” app when it is so clearly positioned as a voice messaging service.

Viber allows users to make voice calls to one another through a phone-styled keypad to other Viber users or regular phone numbers through the Viber Out service. Viber also accommodates for emoji and in-app emoticons, voice notes, photo and location sharing, stickers, and similarly to WhatsApp, a customizable chat wallpaper. While instant messaging in the app is the equivalent in power to the other services used here, Viber’s calling card voice messaging feature clearly outperforms any other method reviewed so far.

Unfortunately, Viber lacks a strong social element through the notable lack of statuses and easily configurable contacts. Similarly to WhatsApp, contacts are added through acquiring a valid mobile number, and only appear if the desired contact uses the service actively.

Viber is both dapper and efficient, yet desperately needs an aesthetic update on iOS. Usable and simple in both instant messaging and voice messaging, Viber would be a desirable candidate if the app offered a greater social presence to its users.

In a boardroom somewhere in East Asia, someone’s been taking notes. Japanese competitor Line brings to the table nearly all of WeChat’s feature set in a nearly identical fashion, bearing text and voice messaging, in-app games and sub-apps, location and photo sharing, emoticons, facilities for finding new contacts (QR code scanning, shake to connect as well as a Line ID search function), and sticker support, as well as Timeline logging which operates in similar fashion to WeChat’s Moments. Line is unique in offering official accounts of territory specific celebrities, brands and sports teams, as well as, unsurprisingly, supporting inaccessible statuses on each user’s profile.

Visually, Line is perhaps the most customizable instant messenger in this roundup, offering gift-able themes and easily configurable display toggles. It is thanks to these features that Line presents itself as an individual experience, and remains social thanks to an integrative home screen which features contact’s stories featured in Timeline, as well as chat messages. Despite Line’s irritatingly present mascot bear, the app remains a stable and viable competitor that stands its ground against its four main contenders. With that, it’s time to wrap up.

Pinpointing the ultimate do-it-all chat app is indeed a dangerous endeavour; with each instant messenger app clamouring for top spot, the competition was sure to stand out from the rest.

Luckily, there was one gladiator who stood tall above the others, and in this case, the best was left until last. Line offers a multitude of features and capabilities akin to WeChat, with a simplified and customisable navigation system which puts many other messengers here to shame. The unified Home screen offers an unprecedented take on the socialite nature of instant messaging applications, and offers a space to connect and express with ease. While Line’s bear mascot may appear in far too many a place to not be considered annoying, the versatility and power of Line’s service proved to outshine it’s competition. WhatsApp might be the standard, but Line has succeeded in raising the bar.

Now, if everyone could please just move on over to Line’s service, I’d be eternally grateful. 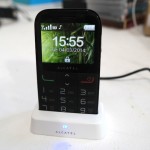