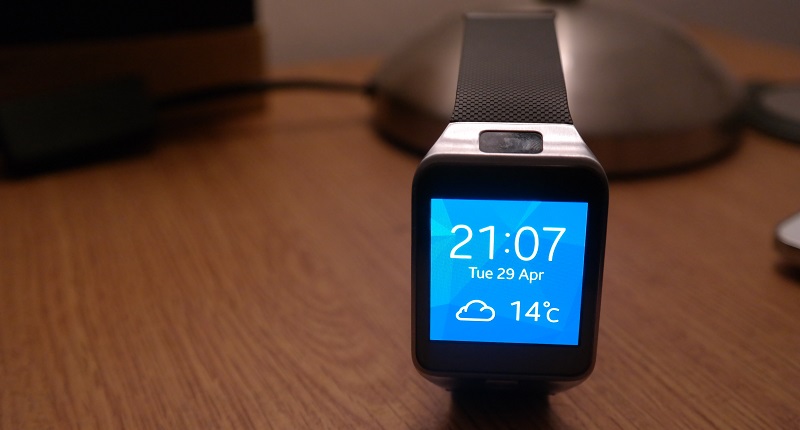 This is the Samsung Galaxy Gear 2 and it’s only been seven months since the Gear 1. So what happened, why the need for a sequel so soon into the smartwatch game? The Gear 1 was downright terrible, with poor battery life, a confusing interface and the sex appeal of a cabbage. It’s corrected slightly with the Gear 2 which is at least seven times better looking than the Gear 1. I just don’t think we need it yet as the price and lack of usefulness cripples this premium device.

The Gear 2 is very pretty, and elegantly chunky so I dare say it would fit the likes of any wrist, no matter the skin tone or thickness. On my pasty man wrist the Gear 2 stunk of richness, eliciting two reactions: utter curiosity or laughter. Everyone has an opinion about the Gear 2 though, always wanting to touch it, place it on their wrist and readjust the clasp (which is a nightmare to undo) to fit their ungainly wrist. But when the Gear 2 is in place, it looks like the type of watch that Don Draper would wear. I don’t even have to worry about spilling whisky on it, it’s dust and water-proof.

A handsome metal clasp clicks the dimpled rubber band snugly into place. Turning on the screen is as simple as a twist of the wrist. As a watch, this is hands-down the most stylish digital timepiece I’ve ever clapped eyes on. Samsung may have lost me with the plastic feel of the S5, but it wins me back with the nicely-integrated façade of the Gear 2. The snappy but loud 2MP camera sends video or picture over Bluetooth to a paired Galaxy S5 — other “Samsung Android phones” are also said to work with the Gear 2 — and is barely noticeable as it’s “hidden” on the top of the watch. On the Gear 1, it stuck out from the wrist strap like an ugly pimple. The tiny home button sits below the 1.63″ display and is barely there. As for the heart rate monitor, it’s better positioned here under the watch, than it is on the rear of the Galaxy S5.

The Super AMOLED 1.63″ 320×320 display is beautiful to behold. On the brightest setting the Gear 2 has the best, tiniest screen of all time. This is pure future stuff, technology written in the stars that’s now a part of humankind. Samsung has created a marvellous display that looks great, clear and readable in any light situation. Colours are sharply defined and the crystal-clear screen looks lifelike, which fits the cheerful colours of the Gear 2. I couldn’t get video content to work on the display (I’m sure that a modder will fix this), but it would be a treat to have a few episodes of Arrested Development on my wrist. The potential of the Gear 2 is boundless, but the price bracket — US$300 — puts it way out of the reach of many. Still, you’ve got to check this screen out. There’s loads of watch faces as well, and selecting them is either from the Gear 2 itself, or the app on the S5. There’s an alarm, pedometer, a sleeping coach which asks me to stupidly push it’s start button before I sleep, a music player, media controller, calculator, voice memo, weather apps, 4GB storage, 512MB RAM plus so much more. Did you know that this is a smartwatch, by the way? If you’re unsure, Samsung’s going to bloody well force it down your throat by cramming as much functionality as possible into the Gear 2. This all leads me nicely into the biggest downfall of the Gear 2. As a smartwatch, or as a device that adds more to your life than simply existing as a watch, it fails.

Picture it: Apple’s iWatch clasped around your wrist, glowing organically as it pulses useful information in deliverable chunks to your eyeballs. Notifications are easily seen and perhaps three or four essential apps cloud the home screen. Samsung doesn’t know what its users need, and that’s why Apple (or maybe Pebble) will win the smartwatch battle.

there’s just too much going on with the Gear 2. Too many apps crowd for space and you end up using barely any, save for the watch itself and the heart rate monitor for showing off. Every function and more that I mentioned above is fixed to the phone’s UI: itself a laughably clunky Tizen interface dreamed up without much care for actual human interaction. So accessing the Gear 2 means swiping right from the edge of the display to open the menu. This kind of works. I wish it was assigned to the home button, but pressing that only returns me to the watch screen (and it only works sometimes). Then it’s a constant series of swipes to locate the apps you need. On my Gear 2, my god it took me out my day. It sucked me into its world when it was supposed to give me respite.

The Gear 2 defeats its own purpose. The number one selling point, in my mind, is that the Gear 2 displays notifications. This is all good and well, but reading the notifications takes a while to do. It would be easier to simply check your phone. And yes, there’s those rare moments when you’re driving and the Gear 2 would come in handy, but come on. Is that what you’re buying it for, those times when you should be concentrating on the road? The notification comes on, then you have to tap to open it, and scroll to read it. It’s extremely cumbersome. On a positive note, it paired flawlessly with my S5, something the Gear 1 had an issue with on my S4. I want a smartwatch that somehow delivers the information to me in a readable chunk. But since that’s seemingly impossible on a 1.63″ display, the Gear 2 loses most of its value. So the UI and notification system are truly a mess, does the price save it?

No. And if you skipped parts of my review, here’s the price again: US$300. That’s right, for the price of an actual smartphone I can have the smallest tablet ever. I mean this is the best-looking digital watch I’ve yet seen, but the price is too high to consider the Gear 2 anything other than a novelty.

Nutshell: The Gear 2 looks excellent, feels premium and is an exceptionally handsome digital watch, but as a smartwatch it’s a failure and nothing anyone should pay US$299 for. 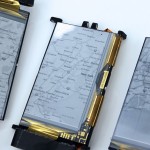