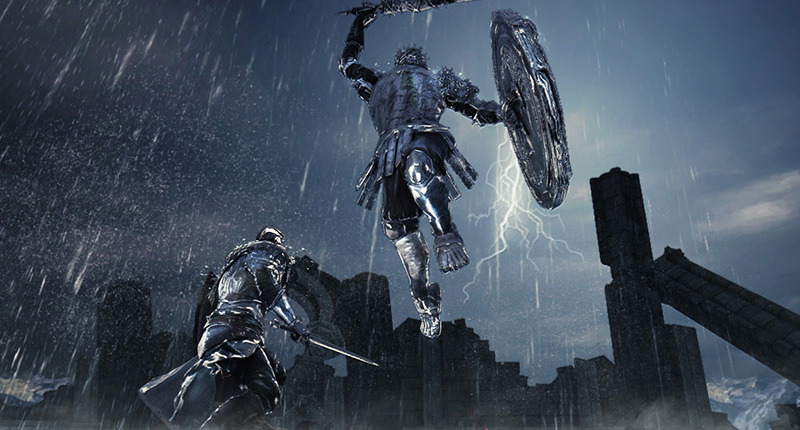 1080p resolutions are common on PC, and Dark Souls 2 embraces it as a small child would hug their mother after being lost in a shopping mall. The 1080p graphics look sharp and the 60 FPS ensures a buttery-smooth experience. Not that it’s easier to dodge a Soul Arrow at 60 FPS. Skill is required for that. Also, there’s already a mod out for PC which enables downsampling, texture modding and resolutions up to 7680×4320…

Depth of field, motion blur, SSAO, Anisotropic filtering and camera motion blur are just a few of the graphical settings which can be endlessly tweaked for the perfect video setting. This ensures that Dark Souls 2 can run on even the most modest of systems (recommend specs are 3.1Ghz CPU, 2GB RAM and GeForce 9600 GPU).

Cinemablend compared both versions graphically and the upgrade in detail is breathtaking. 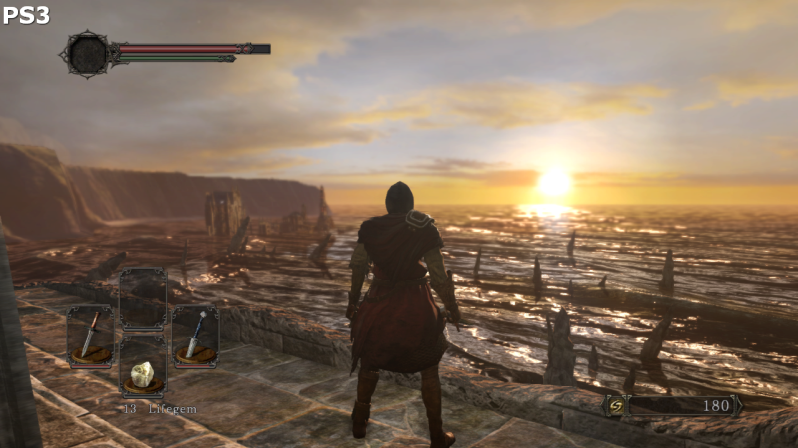 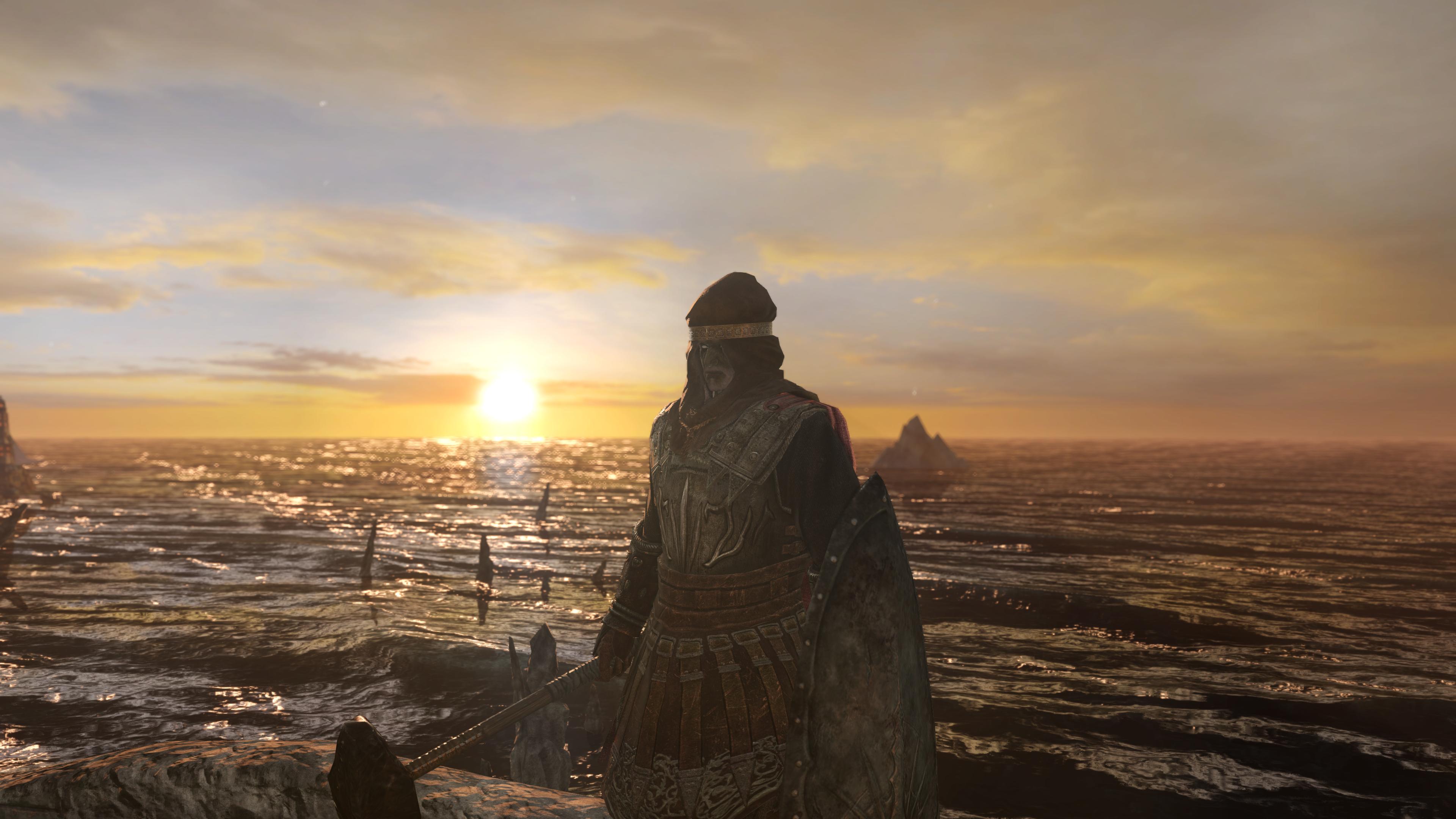 Dark Souls 2 runs through Steam which is infinitely better than the Windows Live platform, which Dark Souls 1 launched off. Steam just runs in the background without being the annoying nag that Games for Windows Live was, so logging into Dark Souls 2 is now quick and pain-free. Valve’s gaming platform also tracks achievements and handles Dark Souls 2’s online component flawlessly.

The mouse and keyboard controls are much better

Gamepad control in Dark Souls 1 was mandatory, as the default mouse and keyboard setup was sloppy and imprecise until modders correctly tweaked them. I outright gave up after struggling with mouse aiming in Anor Londo and happily swapped to an Xbox 360 gamepad. Dark Souls 2 shocks by delivering a keyboard and mouse that’s “preferable to the gamepad experience” according to GamingTrend. It’s now easier to use the mouse to spot and lock-on to enemies. Warning: the mouse controls are terrible for interacting with the menus, says Crave Online. For those PC gamers without a gamepad, the Dark Souls 2 experience won’t feel watered down and clumsy.

Dark Souls 2 has a hidden enemy, the loading screens. On console it can get atrocious, especially when questing the dreams of the Giants, because when you die it’s a matter of waiting through two loading screens for up to a minute just to re-enter the stage. Screw that. Is the PC any better? Of course says Gameinformer as load times are “drastically reduced”. Steam’s users have tested this and say that with a 7200RPM HHD drive, loading times are within 3-4 seconds. Imagine how quickly it will load if installed to a solid-state drive.

From Software took fan feedback to heart and created a port that Dark Souls 2 fans can be proud of. Truly, it was made for the PC in mind. What more can we ask for, besides more Dark Souls that is? 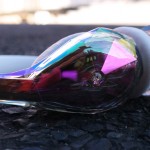