PlayStation sales have always been stellar for Sony, with the PS2 standing as the best-selling console of all time at 157.68-million sold according to games and console sales tracking site VGChartz. The PS3 sits on 82.69-million and it’s 104.25-million sales in total for the original PlayStation.

“On behalf of the entire global team at PlayStation, I want to thank you for your unprecedented support and for making PS4 your next-generation console of choice. We couldn’t have done this without you! And please keep the feedback coming: we are listening.” says Sony.

Sony’s not only listening, but watching as well. Firmware update 1.70 for the PS4 includes SHAREfactory which will apparently make it easy to stitch together cool gameplay videos. The video above makes the editing process seem fun and simple, something the PS4’s interface excels at.

Clips are combined, custom music can be used and even commentary can be inserted into the video. Besides this, Sony also says how “stickers” and text can be added to the custom videos. When the video’s finished, it can be copied over to a USB drive or shared over social media, another new feature coming with update 1.70.

For PS4 users who pre-order their games, the new update will now auto pre-download the latest titles for them. So in other words, it’s a pre-download for a pre-order on a non-existing game. The upside to this is that it’ll be possible to play games from the moment it launches.

But these are all features PS4 users asked for as according to Sony it’s had “great response from PS4 fans” who’ve embraced the Play as You Download feature. There’s no news yet for when the update is taking place, but some sites (like us) say “this week.” 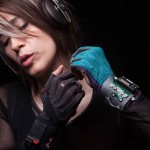