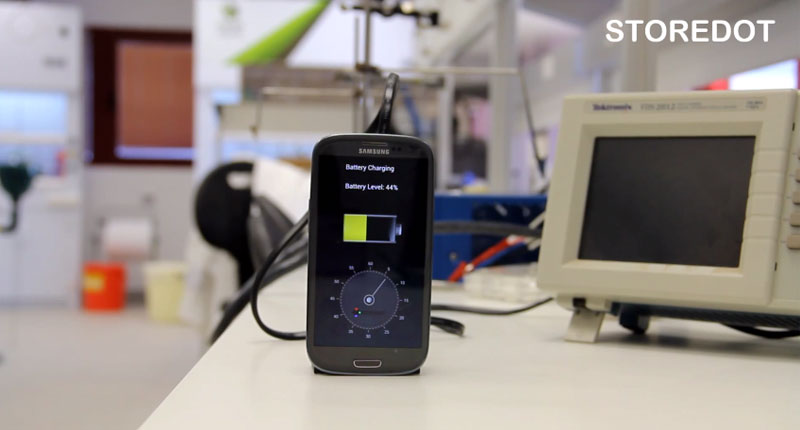 One of the greatest hurdles regarding mobile tech is poor battery life. It usually takes a couple of hours to charge your smartphone, with the process repeating itself daily. That might be about to change. An Israeli startup recently showcased the StoreDot Flash-Battery demo at Microsoft’s Think Next Conference which shows a smartphone battery getting juiced up in thirty seconds.

From red to green in less than 30 seconds. We can see in the video above that the team is using what looks like a Samsung Galaxy S4. The phone is strapped to the battery as big as a pack of cigarettes, so size could also be an issue.

The product is still a prototype and according to StoreDot, if released commercially it will cost about 40% more than a regular battery would. It’s also been reported that it will take about three years to hit the commercial market.

Most of today’s mobile batteries rely on lithium-ion but StoreDot’s apparently uses tiny self-assembling nano-crystals — a nifty technology that’s been used in Alzheimer’s research, but one that’s still very much in beta.

As reported by the BBC, StoreDot founder Dr. Myersdorf says that the technology can be used in many other applications. “Batteries are just one of the industries we can disrupt with this new material. It is new physics, new chemistry, a new approach to devices,” he said.

Either way you cut it, we’re incredibly excited. Imagine zapping your smartphone, tablet, or potentially your laptop back to life while you wait for your hipster-themed breakfast. 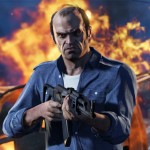