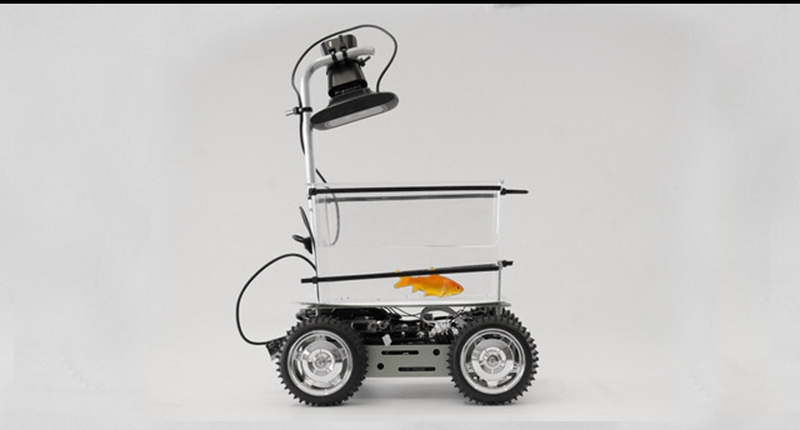 Crowdfunding has allowed developers and entrepreneurs an easier means of raising money while giving the public the power to influence their success. Great ideas are usually victims of absent capital, are able to germinate and mature while rewarding those who funded those ideas. It’s a self-sustaining ecosystem, and it’s brilliant — but only for good ideas.

Often browsing through Kickstarter, Indiegogo and other crowdfunding platforms, one is greeted by completely unexplained, incomprehensible or utterly stupid concepts. Many of these fail due to a high funding goal, lack of publicity or a viciously competitive market. Others are just simply terrible. Orbit is one of the latter. Some technologies should never be physically combined regardless of their combined hype. Developed in conjunction with Titoma, Movidius and its brainchild Thomas King, Orbit is what happens when the world gets carried away with drones, smartphones and “non-wearable” wearable technology. Not only does Orbit seem like the most impractical device ever conceived, it is also the most pointless.

Orbit is a hovering/flying drone-cum-smartphone dock that floats along beside you in mid-air, like a kid floating his favourite helium balloon. The triangular tricopter boasts decent hardware though. A screen on each side, Bluetooth 4.0 and WiFi connectivity, voice command support and full spatial awareness via GPS are packed into a hand-sized drone. In fact, all controls are done through voice commands, including the drone’s trajectory and speed of flight. It may only sound useful in a Spy Kids sequel, but King thinks it is the most “advanced autonomous smart device ever created.”

Only seven funders agree, raising a mere US$26 of its astronomical US$100 000 target.

If the public are so manically unhappy with Google Glass’s privacy-evasive demeanour, one can imagine how they’ll feel when a low flying civil drone fit with cameras and voice command control buzzes past them. Other devices are novel ideas suffering at the hands of superior competition or absent personality.

We’ve covered CENTR before and were wildly excited by its panoramic possibilities, but with less than a week to go on Kickstarter, the project is nearly US$380 000 dollars short of its funding goal.

Created by former Apple employees, CENTR features four cameras mounted inside what can only be described as a doughnut-shaped ring. Together, the four 5MP sensors can snap 20MP vistas, and record in panoramic 1080p or 4K video. Should the user require only one camera, a selection can be made via a smartphone or tablet app bundled with the device. The device can be mounted to any standard tripod or, ingeniously, anyone of the current GoPro mounts.

The hole in the centre of the device allows the user to hold it without obstructing any of the cameras. It’s rather brilliant, but it’s not brilliant enough. Other panoramic video cameras, like 360cam and Panono, offer more detailed and novel approaches.

As for CENTR, it may be a few tweaks away from being a good product, but it seems the project will need to find funding elsewhere. It goes to show that not everything associated with Apple becomes an instant success. I have little respect for entrepreneurs who try to cash in on fads. Swag glasses are just that.

LITGlasses, developed by Austin, Texas-based company LIFT, were created for music festivals, clubs and anywhere else humans are at their most obnoxious. The Will.i.am-esque shades allow the wearer’s face to glow in the dark, quite literally, while totally obstructing the user’s vision. Rechargeable batteries power electroluminescent strings running along the frames and across the face of the glasses, depending on the style you wish to purchase. Each pair glows between five hours to “over ten” in full flashing mode on a single charge. Quite annoyingly, they’re also UV-protective which means customers will probably wear these on the beach or at the mall as well.

These glasses don’t add any value to users’ lives, or solve pressing issues. It’s a more obnoxious version of Google Glass without being anywhere near as functional, and it’s not like Glass is good either. The developers were looking for US$30 000, but they’ve raised a paltry US$1 600 on Indiegogo. But unlike Kickstarter’s all-or-nothing funding rules, Indiegogo will let LIFT keep the cash it raised. Virtual and augmented reality is taking off in a big way. Thanks to Facebook’s acquisition of Oculus, more entrepreneurs are seeing potential in the growing market sector. Phones are also packing in denser, more vivid screens with powerful cameras. So why not meld the two together and take advantage of their strengths, somehow?

360specs attempts just that with a goggle-type harness that straps your phone to your face turning “gadgets into head mounted display[s].” In fact, the device is more detailed than that.

“By using the display, orientation censors of the smartphone and the foundation of the headset 360specs immerses the user into the center of their virtual environment.

“We’ve developed this product to give a virtual world immersion capability to a device people use on a daily basis, and in a very cost effective way!”

I can’t help but think of the damage this will cause to our eyes if fully implemented. Staring at a laptop screen from 9 to 5 is a massive headache-inducing exercise. What will happen to people when cell phones are strapped to their faces just inches away from their eyes?

It may be a brilliant concept for gaming, but this project by Ray Latypov was direly unsuccessful, raising only US$3 600 of its US$100 000 goal. Conceptually it is a successful idea, as proved by vrAse’s implementation, but perhaps the 360spec’s low-budget prototype images have something to do with its terrible Kickstarter performance? 360specs is nowhere near as bad as this though. It’s not often that projects get absolutely no funding at all, but in the case of this Flappy Bird-cum-Angry Birds clone, not a single cent was donated.

The Brisbanite developer dubbed “Aaron”, shares his vision for the ultimate mobile game on the Kickstarter page:

“So the aim of the game is you are controlling this bird, which is flying into the screen through buildings whilst trying to dodge the closed windows and trying to dodge all the objects in the building like chairs and tables etc. At the same time you will be trying to catch bugs, which are you food, and they represent your health. You have to keep eating as well as dodging to stay alive. So it will be a quite tricky game but that’s what keeps users interested because its not to easy and its always ongoing!”

Funders are really sold when they see the game’s brilliant concept drawings. He’s shameless in his blatant coat-tailing of bird-based mobile gaming success. Although many games are funded on Kickstarter, including Harmonix’s bid to revive its old PS2 game Amplitude, most never see the light of day. Some never should. The noun “fish” is almost never qualified by the verb “drive”, but in the case of this Dutch Kickstarter project, it is. That’s right, Fish on Wheels allows the resident fish to literally drive around the living room based on the direction in which it swims. Using a mesh of tech wizardry including a camera, a Beagleboard and an Arduino, the battery-powered electric tank senses the fish’s movement and responds in kind.

The developers seem eager to let goldfish saunter around on their own.

“Have you ever had the possibility to let your fish drive around on his own? It’s the most awesome aquarium you can buy for your pet fish! It uses advanced technology to enable our aquatic friends to roam the land (except when staircases are involved).”

I’m not sure if this is a genuinely serious attempt at improving the lives of goldfish or whether its just completely cruel, but what would happen if more than one fish was added? Would the device attempt to drive off in all directions? After all, even if a goldfish can cruise the boulevards, it’ll still be alone in this tank.

The campaign has barely dented its €40 000 goal, raising only €5 250. Incredibly though, 89 backers have somehow thought this was a good idea. 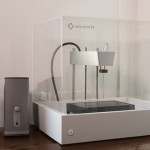