The user interface of the PS4 is about to change, says the often spot-on twitter tipster Tidux. Apparently “over 100 people” are working on the plain-jane UI of the PS4, but there’s no word on what exactly will be tweaked. Tidux also mentions that he’s currently testing PS4 firmware, according to a later tweet.

Gamepur broke the news, and is in agreement with Tidux, saying that he has a great track record when it comes to leaking industry news.

@SnakePLISSK3N Over 100 people working on the UI

All this testing is blowing my mind! #welcometothefuture #jit9 #fw* #PS4

Tidux’s last twitter reveals turned out to be true. He correctly predicted that Sony would reveal new gameplay footage from The Order: 1886 and he was one of the first to talk about The Last of Us: Remastered.

With over 100 people actively working on the PS4’s interface, what exactly will Sony be changing? One of the most requested features has been for media playback, as the PS4 can’t play videos or load music like the PS3 could.

Adding the option to play media either over the air or from an external device would be a feather in Sony’s cap, as the Xbox One can at least stream media. Other features still “missing” from the PS4 includes the ability to pause downloads, view trophies offline, better PSN Friends management and a fix to the infrequent online issues, in relation to online gaming sessions. 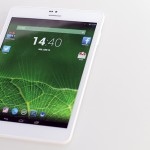