By Steven Norris: grumpy curmudgeon
Read next16 epic snaps of E3 2014 that will make you wish you were there 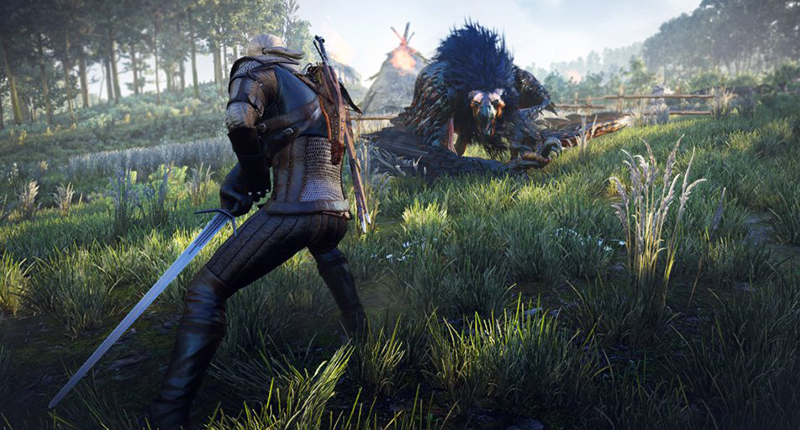 If there was one blockbuster game at E3 2014 mostly everyone wanted to get their hands on, it was The Witcher 3: Wild Hunt. Geralt of Rivera continues his bloody walk down his twisted path, carving swathes of monsters and humans into meat-popsicles as he chases down a woman, “who’s like a daughter to him.” During a closed gameplay session by team members of CD Projekt RED, we got to enjoy one of a thousand quests Geralt will be able to complete within this enormous game world.

The Witcher 3: Wild Hunt is a third-person action-adventure-RPG which flows as naturally as Skyrim, with branching quest objectives situated within a dangerously adult adventure. During the playthrough, we saw an ear being sliced off, giant diseased witch women, exploding swamp hags, bandits being chopped in half like wet tissue paper and heard a cuss-word or two. This game ain’t for the faint-hearted.

This short adventure, which could be completed in any number of ways, saw Geralt make his way from city to swamp, shortly after collecting the head of a Griffen which we saw earlier in a recently released gameplay video. After getting back the voice of a godling (a small child with skin the colour of stone and eyes like dining plates), Geralt made his way to a spirit located within a stinking, twisted tree to dispatch a bloated demon. During this quest, the excellent graphics shine through and the moody sounds sucks the player into this violent world. It’s the type of stuff only possible on a powerful console or PC. The combat, which flows gracefully from swordplay to magic, looked natural, was experimental and is the polar opposite to other games of its ilk. Unlike Dark Souls II, there is no shielding, only dodging and riposting with one of two swords which can be upgraded and swapped out: a metal sword for human flesh and a silver sword for monsters and mystical creatures. The combat seems a little more dynamic than the Witcher 2 and CD Projekt RED promises that experimentation with the fighting mechanics will be natural and fun.

The Witcher 3: Wild Hunt is a gorgeous game which truly sucks the best out of the machines it’s designed for, and was demoed on an Xbox One but is coming out for PS4 and PC as well. There’s no chance of it running on Xbox 360 or PS3, as the textures are sharp, highly detailed and the framerate seemed locked at a smooth 60FPS. Ambient sounds, dynamic music and truly creepy shadow effects produced an unparalleled sense of immersion. The draw distance also seems infinite and in the distance we spied mountain structures begging to be explored. If it looks like GTA meets Game of Thrones, you’re not far from the truth. Geralt himself is still the ultimate medieval ass-kicker and CD Project Red has no issues defeating the highly imaginative monsters in his way. One small issue was the voice-acting which save for Geralt himself, ranged from awful to embarrassing, especially for the godling child. But the The Witcher 3: Wild Hunt launches February 2015, so there’s still plenty of time to iron out any issues. As it stands The Witcher 3: Wild Hunt is what E3 2014 is all about. Lengthy, open world games without the restriction of previous generation technology to hold it back. Roll on Feb 2014. 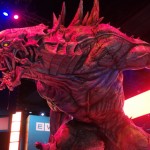