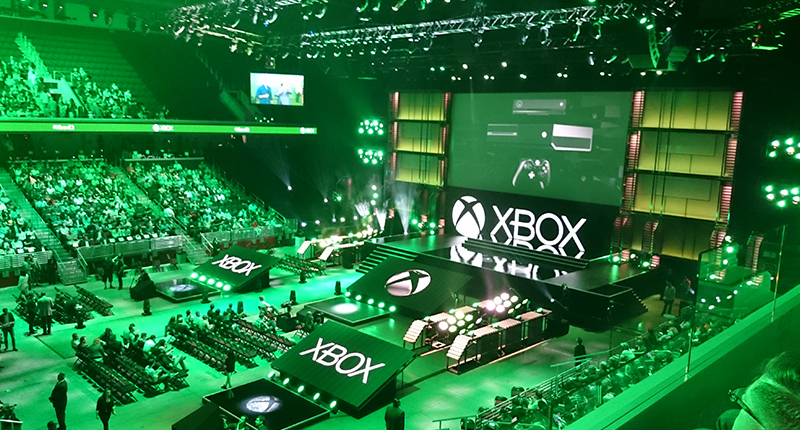 Microsoft’s Xbox One E3 press conference presented a confident, games-come-first side of a company that back in 2013 had lost the next-gen battle before it even began. 2014 though presents the Xbox One at its best, with no Kinect, Xbox 360, TV or any other gimmicks at the show. This is the Xbox One’s shining moment, as Microsoft presented game after game without the hiccups and fan disservice of 2013. It’s a sign of a company that recognises exactly who it’s working for, and not against. Microsoft even demoed a few titles for the 2015. As it is in baseball, all its bases are assuredly covered. On to the most exciting, and notable games.

What was shown was incredible. This Xbox One and PS4 only game showcased the power of the current hardware as revolutionary Paris was displayed in all its glory. The antagonist can now join up with four other Assassins online to create a private brotherhood. It’s a cool idea and was demoed in the press conference video. Along with a number of other online friends, the player jumped and spiked across a French mansion until mayhem broke out. From there, we bore witness to a fairly graphic mob beheading before the video ended. Assassin’s Creed: Unity looks infinitely smoother than its predecessors and according to Ubisoft the new game world is “enormous”.

There was no Kevin Spacey — sad face — but there was a bombastic gameplay video of the main player, plus his squad, as they shot through downtown LA (we think). And like a shot straight out of The Matrix, the battle scene was overwhelmed by a swarm of drones. The graphics were truly spectacular but as the Call of Duty: Advanced Warfare continued its madness, the sense of sameness sunk in. This is everything a COD player has seen and done before, just with next-gen sheen. It launches 15 November 2014 and will sell billions.

Here’s possibly the game of the show. Crackdown 3 is the threequel to one of the most fun (fun, remember that? It’s what makes a good game, great) Xbox 360 games you’ve never played. In this open-world game, you’re a super-policeman of sorts who powers up until god-like powers are yours. It all looked a little better on Xbox One, as it still retains the cell-shading look of the original titles. The demo showcased destruction and death, which is just what gamers seemingly want.

Remember Fable 3 and how awfully easy and short it was? Fable Legends may correct this. An Xbox One exclusive, Fable Legends tasks you with saving the land as one of four players. The M. Knight Shyamalan plot-twist is that now you can play the bad guy who has complete control over all the monsters and magic of the land. Think of it as Dungeon Keeper on ‘roids. English humour and daft situations combine to create what will certainly be comfortable game to play (easy controls, little to no death penalty).

Imagine playing over one-hundred multiplayer maps remastered for the Xbox One. And consider being able to play through all Halo’s (1, 2, 3 and 4) with updated graphics and sound. For a new generation of gamers, Microsoft launches Halo: The Master Chief Collection which is a curated masterpiece, according to developers 343 Studios. Gamers will be able to pick and choose levels ad-hoc from all of the Halo’s. Once again, imagine what it would be like to play all Banshee levels in a row, or playing the final levels of all four Halo’s in a row. When it releases 11 November, Xbox One owners will be able to hop into the multiplayer beta of Halo 5: Guardians and watch the Ridley Scott produced live-action series. For those who’ve never played Halo, this collection will be a refreshing burst of content.

Ori and The Blind Forest

The indie highlight of the show was Ori and The Blind Forest, a game by Moon Studios which is sadly, a mystery to all. It has a delicate sensibility to it, with wistful graphics supporting the charming gameplay. With a Studio Ghibli feel to it (in particular, Spirited Away), we’re eager to learn more. This sublime trailer is all we know, for now.

Oh Lara, always returning with more tombs to raid, and problems to solve. The last Tomb Raider was a successful reboot of a tired franchise, placing a youthful Lara in a fitful situation which she gruesomely conquered. The upcoming Rise of the Tomb Raider seems to be more of the same if the trailer is anything to go by. Our Lara sneaks around and sends an arrow into the back of a foe’s head before the demo ends. Judging by the name though, this tale will highlight Lara as she evolves into the British ass-kicker we know and adore.

Here it is: one of the only original IPs of the Xbox One show and it looks to be a ball of spectacular fun. Sunset Overdrive began strong with a cheeky trailer and then onto the real meat, a gameplay trailer. We were unconvinced by the game before we saw how bombastic and energetic Sunset Overdrive was. The player who demoed the game took us on a trip from lamp post to electric cables without ever touching the ground. Walls, floors and wires were combined into a symphony of true gaming pleasure. Sunset Overdrive may stumble over its feet due to a possibly unlikable main lead, but its gameplay seems rock-solid and above all else, gratifying.

We’ve left the best until last. We always knew that Witcher 3: Wild Hunt would be good, but did not realise it would be this great. An incredible gameplay trailer debuted Geralt as he cooly kicked monster behind with magic, glowing red swords and a passion for death. Witcher 3: Wild Hunt began in a forest, with Geralt searching for his prey: a monstrous griffin. After letting fly with an arrow, the beast takes flight and Geralt pursues, only to cut down (and in half) those who stand in his way. At the top of a beautifully realised mountain, Geralt finds the griffin bleeding and the fight begins. All fighting elements were layered into a singular combat system that immediately satisfied. Fire, sword combos and quick dodges won the day, with the final seconds of the demo showing the griffin’s head hanging loosely on Geralt’s saddle. These graphics truly define the ubiquitous “next-generation” consoles. 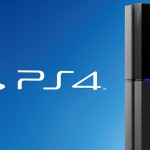