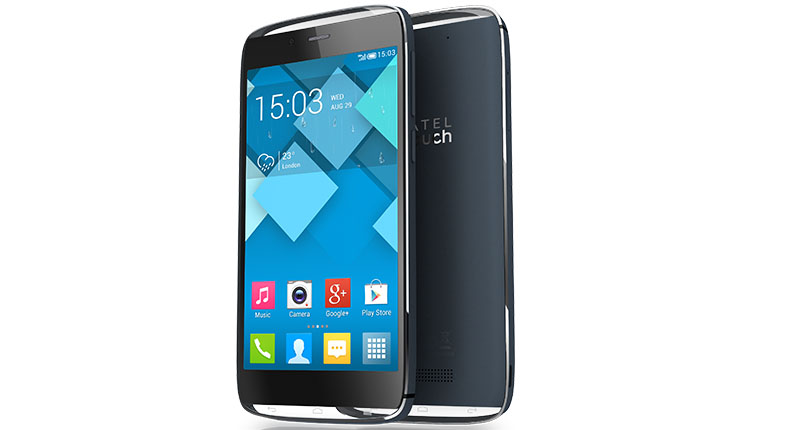 New, exciting and brimming with promise. Yeah, it’s another Android smartphone, but the Alcatel Idol One Touch Alpha (let’s call it the Alpha for brevity) is a beautiful phone. We managed to get our hands on it and have created a sort-of, kind-of review. It’s also the first phone I’ve ever used that comes in two flavours of champagne colouring, namely gold and rose (although South Africa only gets the rose-coloured variant Q4 2014). The one I used had the third, boring-as-sin “slate” colour, but thankfully it’s wrapped in a metal frame that’s almost as handsome as the iPhone 5s’. Still, don’t get a slate-coloured phone, only confused first-time smartphones buyers would buy a phone the same colour as their driveway. On to the Alpha.

The most noticeable aspect of the Alpha is the transparent strip of fancy plastic that runs along the phones top and bottom. It lights up with notifications, when the capacitive buttons are pushed, or when there’s a phone call (remember those?). It looks far less tacky than it appears to be, and turns the Alpha into a miniature DJ booth when the calls come through.

With a 4.7” IPS screen, the Alpha looks like a feature-phone, despite being priced akin to a Samsung S4 Mini or Galaxy Nexus 5. Even though it’s only 720p, the screen is easily viewed at any angle which is again, thanks to the 312 pixels-per-inch IPS screen. It also has exotic-sounding Dragon Tail glass, a competitor to the almighty Gorilla Glass.

Despite the Android version being 4.2 (Jelly Bean), the Alpha has a cool, yet heavily tweaked interface which makes navigating the phone quick and easy. What I enjoy about newer Alcatel smartphones is that they’re one of the only phone makers that don’t load its devices with useless bloatware, something Samsung and Sony are quite guilty of. It’s a bunch of default apps, but just the ones we really need. It’ll also improve over time, as Alcatel informed me. The quad-core 1.2Ghz CPU is damn snappy, so the latest apps will load on the Alpha with ease. It can run on an HSDPA+ network and can download files at a possible 4.2Mbps. The 13.1MP camera with LED flash and front facing camera are both surprisingly decent, I say this because while the Alpha doesn’t boast that it’s the best camera phone ever (the Sony Xperia Z2 is though), it’s certainly up there with the best of them. The Alpha comes with 1GB RAM and 16GB storage, which is thankfully upgradable thanks to a must-have microSD card slot (up to 32GB).

The Alpha is also an extremely light phone, and weighs in at 117g. It’s also deliciously compact, measuring 138 x 66.6 x 7.5mm — it’s hardly felt in even the tightest of hipster-approved jeans. Topping this off is, most sadly, an underwhelming 2000mAh battery, which I can attest to right now, is simply not going to be enough juice. As is now the usual, the Alpha requires a micro-SIM to connect to the mobile networks.

Early verdict: For the price listed below, users get an exceptionally well-designed Android smartphone minus the Samsung-like frills or clunky OS (we’re looking at you, Sony) we’ve become so used to. After a few hours of use, the screen and elegant design has grown on me, but it’ll take a few weeks of testing to see if the Alpha is truly up to the job. Can it follow in the footsteps of giants? We’ll have to wait and see.

The Alcatel One Touch Idol Alpha launches in South Africa 7 July 2014 for R349 on Vodacom Smart S contract or R5999 without contract. 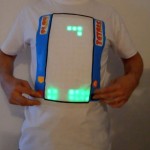