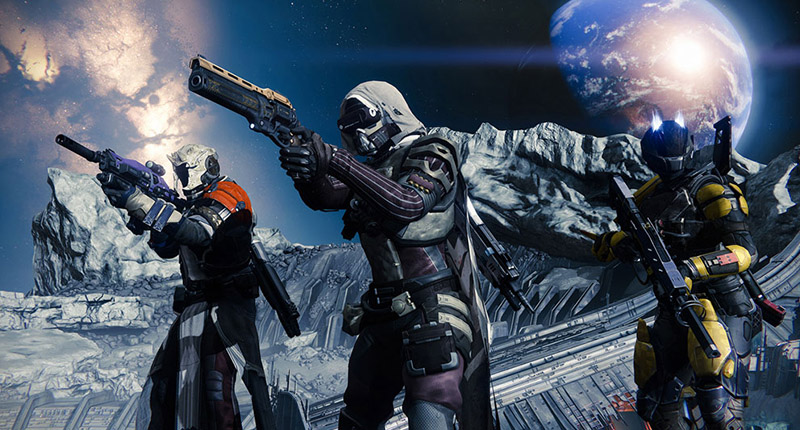 Between the Alpha and Beta versions of Destiny, of which I’ve played both, more than Peter Dinklage’s voice has changed. Bungie has created one of the hottest shooters of 2014 and on PS4, a genuinely impressive game that plays as “next-gen” as it looks. I played it all weekend, and then a little more before being forced into my work enclosure. And now, here’s what I think of Destiny so far.

Bungie loves making epic tales, like Halo: there’s thumping music, universe-ending weapons and legendary heroes. Destiny has this all from what I’ve seen. The Traveller (Destiny’s giant floating orb) and the player are the last hopes of a doomed earth and the brand new introduction, which wasn’t in the Alpha, introduces us to the Traveller in one of the most epic ways possible. After this, my new robotic AI chum Ghost wakes us up with a rather robotic-sounding Peter Dinklage as the vocal lead. Dinklage is definitely better in Game of Thrones and his acting leaves much to be desired. Hopefully when the full version of Destiny lands, Bungie will either have tweaked Dinklage’s voice or rerecorded his blander lines.

The story looks and sounds epic. It’s also a microcosm of the full planet hopping tale, as there were a mere six story maps, three Crucible deathmatch arenas and the Tower, the “hub world”. For a week-long beta, that’s a fortune of interesting content but as I said, I blasted past this all in a day and a half.

Is Destiny simply Halo and Borderlands combined? Nope. These empty fears can be cast aside. Weapons aren’t constantly swapped out like in Borderlands and unlike Halo you actually feel like a kick-ass saviour from the get-go. It’s not a totally unique FPS, but no shooter is anymore. But Destiny is different, and that difference is felt online. It has redefined online multiplayer for me, because it’s not about finding a mate or hoping that someone will join your game. Destiny populates itself with other players during every level, from the single-player ones, to the hub world itself.

Here’s what happens: I began a level 5 mission as a lone wolf, wondering the wastelands for alien fodder. I mostly jetted around thanks to my upgradable, always on-hand Shrike (the levels in Destiny are enormous, this Star Wars-style speeder helped me cross them), until suddenly, two other players were by my side. I looked them over, inspecting them with a click of the R3 and invited them to my Fire Team (squad). Suddenly, I was the leader of a three-man alien death squad with each one of us fulfilling different roles. I was a Titan, the tank character class but was supported by my mage (Warlock) and rouge (Hunters). We cleared the level together, and then fought together during a Crucible deathmatch.

I know that PC players have enjoyed this type of MMO experience for decades now, but it’s mostly a new gift for us console brethren. If it took this many years to create an MMO as good and accessible as Destiny, then I’m glad that PC games paved the way for us. I have an issue with balance though, in that my Titan class was unstoppable, but my Hunter and Warlock buddies seemed to die way too often. Bungie needs to iron this out before Destiny launches 9 September.

Remember how Konami charged US$40 for a goddamn 15-minute demo? Destiny’s having none of that. There was content a-plenty and it felt good. The level of polish poured into this beta is astonishing. From the opening cinematic to the feel of each gun, to the look of each Guardian is incredible. The graphics are also, unsurprisingly, the highlight of the package. I’ve been fed up with the way next-gen games look, and the way developers have lied about their prowess. All I wanted was a 1080p, 60fps game and Destiny seems to be the first (that I’ve played). Also, full HD and smooth frame rates now matters to me.

Whenever I would hop to the Tower for upgrades, bounties and general chitchat, most of my time would be spent sitting at the edges of the space-dock, staring into the view as new players warped in. Destiny has an incredible look to it and it’s easy to see how Bungie spent its US$500-million investment from Activision. So what was there to do in total? As I mentioned earlier there were six single-player maps, and each one can be played with 1-3 players. Each level varied in length, from a five-minute mission to one that was close to an hour (the final mission). There were also three Crucible multiplayer maps which were six versus six players and were smooth as hell. Most of the time I was paired with other South African players, so there was little to no lag. Bungie’s optimisations and years of online experience have paid off, culminating with Destiny. I look forward to the five other multiplayer-only modes.

There was also a deep level of player customisation, with an RPG-like structure that was quick to master. I also loved what Bungie has done to replicate mouse control in the menus, as using the joypad to upgrade your Guardian feels natural and fun. My Guardian’s appearance changed from weedy robot to hulking death machine once I hit the Beta’s level 8 cap.

It’s all about the guns though. Destiny is nothing if not 2014’s perfectly controlled shooter. L2 aims, R2 shoots, L1 chucks a grenade (or whatever special is on hand) and R1 melees. Depending on which class you select, the controls differ. Despite this, each class feels and plays like a unique entity. It’s not exactly Diablo meets Borderlands but the best of every game that makes up Destiny, it seems.

Weapons have a good heft to them and there seems to be a sub-class for every sort of killing toy. There were semi-automatic, automatic and charged rifles, a litany of secondary weapons and a “special” which in my case was a bloody meaty chaingun. Ammo is constant for the first two gun classes, but pretty rare for the special class, naturally. In PvP, the game announces when it drops secondary or rare ammo, which feels unique and I expect most online shooters to follow suite.

Since we’re dealing with the Beta here, it’s obviously unfair to assign any rating to Destiny. But in this current form, we have an A+ game, a 9/10 shooter that actually deserves its praises. Destiny Beta has begun for PS4 and PS3, but Xbox One and Xbox 360 players must wait until 23 July to hop on. 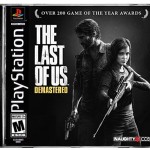