By Andy Walker, former editor
Read nextRussian engineers create Chernobyl on a stick, blow up tech, laugh about it 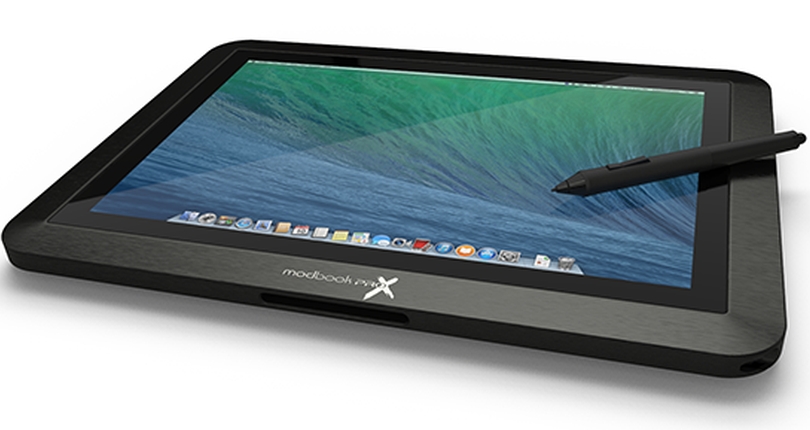 Users usually purchase MacBook Pros because they are, in fact, great laptops. Apple fans requiring a handheld, touchscreen machine are drawn towards Cupertino’s iPad range, which has recently taken a bit of a sales hit. But Modbook wants to take the best of each Apple machine, converting a hefty MacBook Pro into a US$1999, 15.4″ Retina-screened keyboardless monster.

While Microsoft billed the Surface Pro 3 as the tablet to replace the laptop, Modbook suggests that its machine could replace the workstation entirely.

According to the creators, a genuine MacBook Pro system is ripped apart, put back together and what emerges from the remains is a 15.4″, fully touch-sensitive, Mac OSX-driven tablet. It’s indeed a niche product, more niche than the MacBook itself perhaps, but the benefits are clear and understandable.

Laptops regardless of how slim, light or convertible, are not as nifty for mobile use as a tablet. Harnessing the power of an overweight workstation-grade machine — like the MacBook Pro (the company also mentions the Mac Pro) — allows users to exploit the power of a rendering rig in the form factor of a tablet.

Modbook also claims that its machine is faster than Apple’s. It features the same Intel Core i7 CPU, but is crammed with 32GB RAM, a unique PCIe flash drive, dual 20Gbit/s Thunderbolt ports and a 4K-capable HDMI port.

This PCIe storage system is the linchpin of the entire machine, pushing data around at above-SSD rates, while it can power up to three additional displays. A set of nifty, often-used command buttons are located on the device’s rearend too. It’s all just a pipe-dream for now though. The concept remains fixed in a heated development cycle but eager funders can pre-order by tipping their Kickstarter campaign. By March 2015, the company plans to open services to mod customer’s pre-bought MacBooks, while the custom-built Modbook Pro X arrives a month earlier. Whether customers will be daring enough to offer their own Macs up for surgery will be another issue. 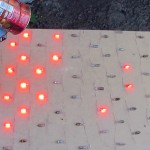