When the PS4 launched later last year, one crucial feature missing was media playback. No Blu-ray, no MKV, MP4 or MP3 files and certainly no external media was supported. This is all going to change, if twitter tipster Tidux is (again) correct.

#PS4 will soon have the same features already available on the #PS3. plus some new stuff.

New stuff is a little hazy, but we can only assume that he means media playback, because the other features missing from the PS4 that the PS3 has includes PS2 and PS1 game support. Thankfully Tidux explains himself in a later tweet from gaming site Gamepur.

@Tidux @PS4G4M3PL4Y what those already available PS3 features are? can you please provide some hint

When will the update happen? When Tidux was pushed for an answer, he hints that it’s going to be before Gamescom.

Let’s not get too excited yet though, as MP3 support and the like was hinted back in April, when a Gamespot report mentioned a “Music Player Demo” accidentally spotted on the profile of a PlayStation executive. There’s been no further news or MP3 support since then, so that form of media support has vanished into the ether.

On the other digital hand, Sony has been looking to hire (or may have employed) a software engineer for “development and maintenance of a suite of multimedia applications developed by SCEE R&D’s Network Team”.

Therefore, Sony is seemingly committed to, one day, implementing a media playback solution into the PS4. The job listing closes in 2015, so Sony’s timeline for PS4 media playback may be a little longer than we’ve all anticipated. Simply put, it would be a miracle if it happened before Gamescon. Thankfully there’s a believer in every gamer out there. 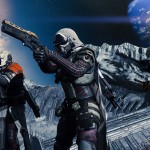