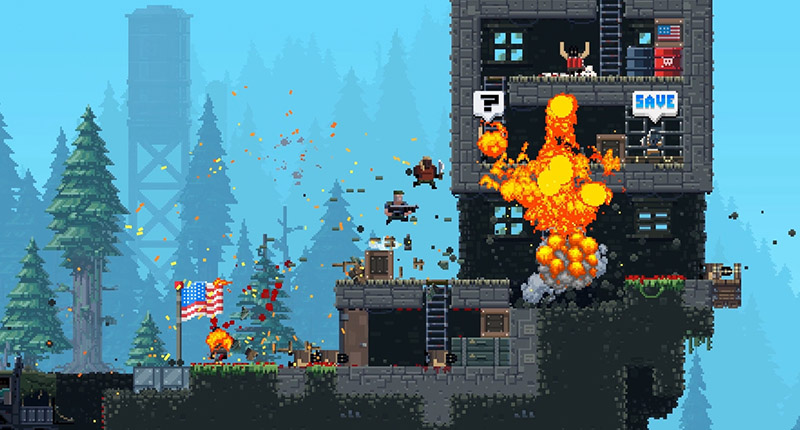 Many of you know Broforce as possibly the best retro-inspired shooter of 2014, and it’s still only in beta. So fans, rejoice: this South African-born platform shooter gets a free Expendables themed update with the aptly titled Expendabros which is, best of all, free for Windows PCs.

There are seven new Expendabros to play around with, and ten missions to wreck havoc in. Luckily, it’s a Broforce game so these ten missions (most can be breezed through in under a minute, if you’re good) have almost infinite replay value. Each of the seven new Bros, with hilarious names like Bronar Jenson (Dolph Lundgren) and Trent Broser (Arnie), have new weapons, with Bronar Jenson’s hand-to-hand combat being my personal favourite.

Many of us have already seen The Expendables 3, as some fool uploaded a near-perfect DVD rip earlier this month. Luckily, the Expendabros is brand-new, so we can feast on that for now. As far as official film games go, the Expendabros may be the best one yet.

Developers Free Lives says that the Expendabros is free to download until 31 December 2014. Do it, do it now!