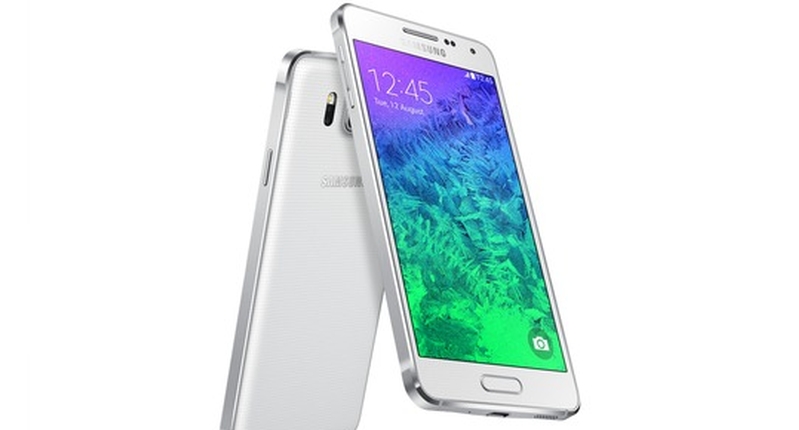 Major Update: Although we reported on the fake Alpha back in July, Samsung has now released the official Alpha into the wild, and at first glimpse, it’s a much prettier, slimmer and slightly smaller Galaxy S5.

As far as hardware, early benchmarks suggest that it’s faster than the Galaxy S5, sporting an Octa Core processor — essentially two quad-cores, running at 1.8GHz and 1.3GHz respectively. 2GB RAM is standard while storage is capped at 32GB — there’s no microSD card slot at all.

It all sounds a bit like a premium let down, rather than a premium Galaxy phone. It seems that JK Shin, CEO and Head of IT & Mobile Communication at Samsung Electronics, doesn’t quite agree though.

“With an entirely new appearance, the Galaxy Alpha focuses on both beauty and functionality combining a stunning metal frame and slim, light weight design with the same powerful hardware and features users expect from a flagship Galaxy mobile device.”

Perhaps it will attract a select group of buyers, but judging by its cheat sheet, it’s a scaled down Samsung Galaxy S5 in a sparkly dress. The phone is available for preorder from today (it arrives in September), and will set consumers back around US$799. Quick update: the image is a fake, as confirmed by SamMobile. According to the site, it’s a Galaxy S4 with a metal case. Apologies for the mix up, internet.

Plastic is Samsung’s forte, right? Whenever it releases a new phone we expect it to be anything but metal, correct? Cast aside said beliefs ’cause Samsung’s next phone may be all metal. An all-metal Samsung Galaxy Alpha/Prime/F (different rumours point to various names) could be revealed 13 August according to this source (warning: Korean text). We’ve even got a possible image of it via GSMarena. If this rumour is true, and it should hopefully be because plastic does not a flagship phone make, Samsung will be directly competing with Apple’s iPhone 6, which will most likely launch August or September.

According to other reports, the display may be a 4.7″ 1080p or a 5.3″ QHD screen. Other reported specifications are listed below.

Rumoured specifications include a pixel density of 576ppi, 3GB RAM and an insane 2.7Ghz Qualcomm Snapdragon 805 CPU. If this is true, the Samsung Galaxy Alpha will have more than a fighting chance against the iPhone. The same rumour also alludes to the Samsung Galaxy Alpha being called the Galaxy F or Prime, and if so it may come with a 16Mp camera and a 2Mp selfie-camera.

One interesting tidbit to snack on is this: the Galaxy Alpha may have eye-scanning technology baked into it, and it’s rumoured that the Galaxy Note 4 will also come with this fairly futuristic device unlocking hardware. Samsung is usually first to bat when it comes to new and untested technologies and were one of the first, after Apple, to include fingerprint scanning with its flagship models.

None of the rumours above have been confirmed or denied by Samsung, so it’s now a waiting game to see if the all-metal Galaxy Alpha actually materialises next month. 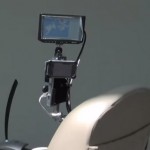