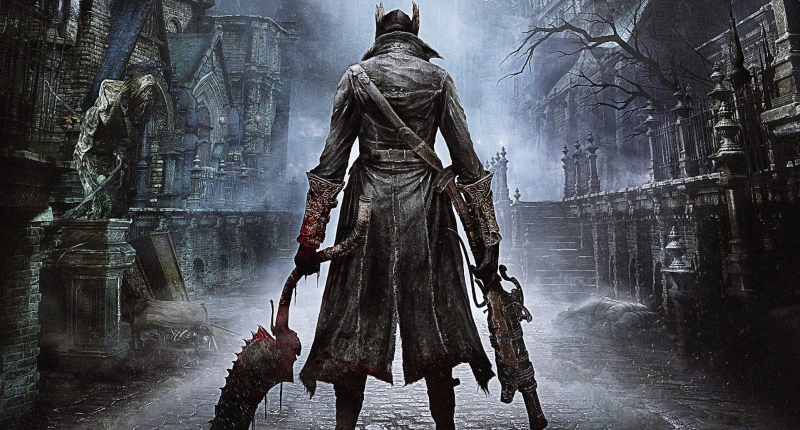 There are at least 10 quality games coming out for the PS4 in 2014 and one incredible game releasing “early 2015.” That game is From Software’s PS4-exclusive Bloodborne, the first true successor to the Dark Souls series. I’m a Souls fan-boy, and to say that Bloodborne gets my hemoglobins flowing is no lie.

The developers of the Souls series (Demon, Dark), namely From Software and SCE Japan Studio, as well as Hidetaka Miyazaki have combined forced to create what will surely be the PS4’s finest hour. If you’re looking for an unbiased article regarding Bloodborne, stop reading now.

Still with me? Excellent. At Gamescom, Sony released the latest Bloodborne trailer and any Souls fan who’s watched it will be able to instantly recognise the mechanics. Everything we love is there, and I’ve picked apart the trailer for those who may have missed out on the minute details. Before I begin, watch the trailer below, in full HD if you please. I’m no VaatiVidya, but will I try my best. Demon Souls was M-rated, Dark Souls, 16-only and Dark Souls II was rated “Teen”. For those who played all three, the games became less violent, culminating with the bloodless Darks Souls II. It’s important to note then that Bloodborne is 18-only, and the trailer shows off some seriously gruesome kills. Also, the game is centred around blood, which won’t show up in a teen-rated title. Right here we get a shot of what could be the first boss in Bloodborne. This same beast is seen later on in the trailer as the player slashes at it. Notice the lady holding the lamp next to it? This could be a save point, or just a simple piece of scenery. Souls games love status of women holding lights. In this scene, which is highly reminiscent of the Dukes Archives from Dark Souls, we see a mysterious entity rocking in a chair. Is it the narrator, or one of Bloodborne’s new protagonists? This mystery person could even just be an NPC, sprouting off an ambiguous, typically Dark Souls line. The robed figure is highly detailed, with a sorcerer’s staff. Bloodborne will be a game of both magic and steampunk weaponry, as it’s set in a Victorian London-like world of Yharnam.

“And when the night falls, the Hunters return.” Meet the player. You play a Hunter (there’s no specific term for them yet) who’s possibly trapped within Yharnam until the mystery curse is broken. And look, Hunters have glowing eyes, which may or may not be the side-effect of a wearable item, like the Redeye Ring from Dark Souls II. This is also when the video kicks into gameplay mode, and we can see ladders in the top right, as well walkways and an enormous cathedral in the background. These are all the signs of an intricately connected world. In the Hunter’s hands is a scythe and shotgun, so this Hunter’s build is a dual-wielder.

There’s no sign of shielding yet, and judging by the video, Bloodborne may be a more action-orientated than any of the previous Souls games.

The next shot shows a bunch of villagers who are later torn apart by the hunter. Look at the torches they all carry. In Dark Souls II, carrying a torch was meant to be a main gameplay focus, but ended up contributing nothing at all, chiefly because of an incredibly shoddy lighting system. Will the torch mechanic make a comeback? It seems so. Things get a little more interesting in this shot. Remember the narrator’s words “when the night falls..”? The video focuses on this one setting, but seems to swap it from night to day, meaning that Bloodborne may have a day/night cycle, which would be a first for the Souls series (although, you could plunge Anor Londo into darkness, if you were asshole enough to kill Gwynevere). Also, there are two distinct locations pictured here. On the left is what could be a factory (notice the plumes of smoke) and on the right, a clock tower with shifting platforms, kind of like Heide’s Tower of Flame from Dark Souls II. The air is also thick with pollution. This leads to a rather grim-looking graveyard scene, with two witches supposedly dancing to an incantation. The animation here is rather magnificent, and clearly shows off From Software’s excellent procedural animation system. These are most definitely enemies, judging by the meat cleaver in one of the witches hands.

Finally, and before the action kicks off, the Hunter walks back into the alleyway, towards the clock tower. The Hunter opens a gate into an area, a classic Souls moment that signals the start of a new area. After a quick weapon flourish that produces sparks (at least we think it’s a flourish, it could just be a gesture animation), the bloodletting begins.

There’s almost too much to discuss in the final minute of gameplay, so let’s break it up by time.

1:03 – The Hunter slashes into the villagers with a quick combo. One-two with the right-hand scythe-sword, a dodge, followed up by a blast from the left-hand weapon, a shotgun. What’s new hear is the strafe move, as both Dark Souls had a backwards dash, but no sideways strafe move. The fighting on the whole seems a whole lot more fluid than the Souls series. The guns and strafing will bring a whole lot more immediacy to the traditional fighting system.

1:06 – Hunter waits for a crypt-beast with torch in one hand and an extremely meaty-looking cleaver in the other. Enemy and players alike will carry these torches, so it seems that From Software is really looking integrate the the lighting system in this one.

1:08 – The classic roll-dodge is definitely still in. Here we see the hunter rolling out of the way from a gun-wielding enemy. The enemy in the top-takes careful aim before firing, so we can assume that scoped weapons will make an appearance. Will make a pleasant change from bow-sniping. The Hunter also rolls past a lit bonfire – could this be the save point for Bloodborne, or will it get more creative with its recovery areas?

1:10 – An extremely creepy-looking mummy, wielding a scythe spies on the Hunter, as he walks down a dimly lit stable. Notice the dead, plague-ridden horse in the right-hand corner? A plague may be part of the curse that has befallen Yharnam. The Hunter can be more clearly seen wearing a bandanna over the mouth, and a Robin Hood-style hat. Fashionable.

1:12 – Hunter is seen taking down some stick-mouthed crows. Airborne enemies were a low-point in the Souls games and fighting them was a hit-or-miss affair. The airborne combat in Bloodborne looks far more satisfying, with guns able to pick this murder of crows easily apart (yes, a group of crows is called a “murder”).

1:14 – A new gameplay feature is seen. Using the weapons at his disposal, the Hunter locks his hand-scythe  into a weapon on his back, instantly upgrading it into a full Scythe. The scene looks straight out of Sherlock Holmes as the Hunter dodges away from some werwolves. Knowing From Software though, these won’t be your run of the mill werewolves. They’ll be monstrous brutes from hell, capable of tearing you in half with a single swipe ’cause you know, that’s how the Souls games roll.

1:17 – This is the most brutal scene in the video, as the hunter impales this cloak-wearing ghoul in what must surely be a heavy attack or finishing move. It also looks as if the Hunter has parried away an attack to launch this bloody move. Also of note, player and enemy are fighting in a literal pool of blood coming off the fountain in the background. Again, horse-carriages litter the backdrop.

1:20 – This could be the levelling-up animation, as the hunter explodes plasma from within. Will levelling-up be on the fly, as opposed to it being restricted to bonfires? This could also be an area-of-effect magic spell, like the Firestorm spell. 1:25 – We meet the supposed boss from the begging of the video. It looks incredibly diseased, with an anorexic frame and straggly hairs covering it. Still, it is powerful and reminds of of Manus, Father of the Abyss, the toughest boss of Dark Souls. The boss is in fact, a giant werewolf as you can see from this image. Still, getting serious Manus vibes here, there’s even antlers. The wolf-boss holds the Hunter up in his hand before the section ends.

“And so the nightly hunt begins.”

The final scene before the video ends are two NPC’s staring at a burning church. Narration now changes from a man’s voice, to a woman’s. Is the woman in this scene the narrator? Most likely. And the man in the wheelchair? He could be the same NPC in the rocking chair from earlier. Regardless, the burning church and “nightly hunt” line both speak to the gameplay. More than likely, the Hunter’s enemies will be fiercer at night, with day enemies most likely human. As the sun sets, difficulty ramps up and the real monsters will emerge. The burning church could also be a gameplay element, such as setting alight a monsters lair for mega souls/blood/whatever it is that Bloodborne will use to level-up with.

That’s all for now. As the months tick by, I’ll recap and dig into every piece of Bloodborne news that comes its way. 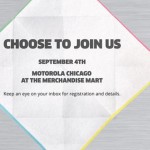