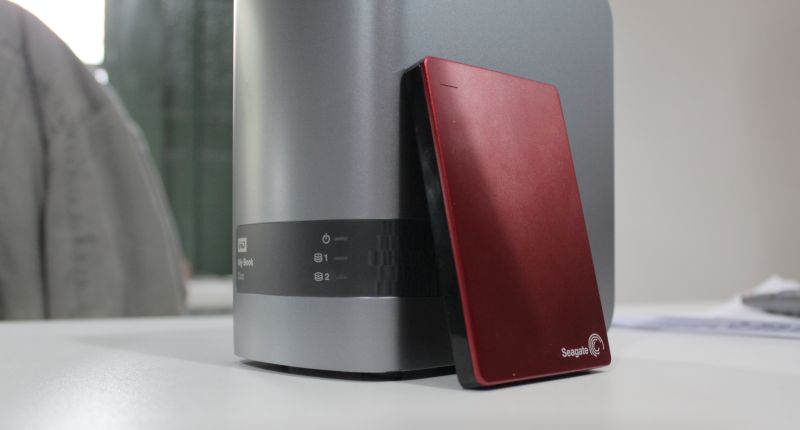 Dilemma: I have two hard drives for review. The enormous 12-terabyte Western Digital MyBook Duo (US$650), and Seagate’s ultra-slim 2-terabyte Backup Plus Slim (US$150). Both are USB 3.0, and boast transfer speeds that reach 240MB/s. But which one is more useful than the other? You’d think this was an easy decision to make, ’cause size matters. That’s only half the story though. Come with me as we explore both drives and discover which one will make the most difference in your daily life.

I never imagined that I’d hold so much storage in my hands. This incredibly heavy brick, which costs as much as a current-generation gaming console, has two 6TB hard drives in RAID 0 configuration. It even looks like a chubby PS3. At the rear there’s two USB 3.0 input slots for adding even more space, USB output and sadly, the plug for the power adapter. Remember when hard drives needed a cable for powering up? Clearly, the My Book Duo needs it too, due to the insane storage demands of this Mac and PC-compatible monster. Finally, the Duo can be opened up and easily upgraded with larger drives as your insane power requirements increase. This is the first and only black mark against the My Book Duo. It’s not a portable drive by any means, which is what most hard drives are supposed to be these days. We just expect it from our storage devices, so having to hunt down a two-pronged plug before plugging in the drive is a major nuisance. Concurrently, the drive is more comfortable as a storage hub, where decades of film, game and TV content can live. It’s also extremely fast. While the back of the box boasts that it can reach speeds of up to 290MB/s, real world tests came in at 260MB/s. You’d think that it matters, but for any normal user 240MB/s is more than enough. It was for me, as my entire 2.4TB catalog of legal (and not so legal) content was backed up to the My Book Duo in under three hours. But once it was there, it remained there. Sharing content was difficult, as the Duo is rather heavy to lug around, and the added power cable cancels out any chances of it being portable. This is a drive for businesses, or small companies looking to archive their company data in one safe spot. None of these can really be construed as negatives. For what is a drive but a fluid representation of the users content needs? I only need a drive to backup my video and gaming content as it starts to grow out of control. I’ll most likely never fill it with 12TB (10.9 usable) of content, but I’d be glad for having the space, just in case. Western Digital drives also have a low failure rate, therefore if I manage to keep the Duo in solitary confinement, I can foresee it being in my service for years to come. I need something a little more usable though. Enter the 2TB Seagate Backup Plus Slim.

Ah, portability. While the Slim ain’t as even a quarter the size of the Duo, it is infinitely more useful. This 2TB, ultra-slim USB 3.0 portable drive is the bee’s knees. It looks great, operates at a rather fast transfer rate of 240MB/s, and works on PC or Mac, right out of the box. I used it for all my daily backing up tasks. I shared content with my fellow office drones, played content off it, and carried it with me everywhere as it became the default emplacement for my USB thumb drive. Honestly, the Slim picks up so quickly and operates without any fuss at all. It’s usefulness in comparison to a memory stick is infinite. While most of the content I own is full HD or above, the drive only began to complain after roughly 300 1080p films took up residence. The drive also sets itself up in seconds. It was ready formatted so worked the second I plugged it in, to both PC and Mac. This is in stark contrast to the Duo, which worked on PC, but couldn’t be detected on Mac (until I exFAT formatted it). Quick and easy, that’s how I like to do it.

Which drive would I use more?

It boils down to daily tasks. I need a drive I can share and carry around, I also need a drive that has at a minimum, 1TB of storage. But these are my needs. Someone out there, perhaps a bigwig, puffing on a cigar while resting their feet on the back of their broken employee, needs an enormous drive that can handle reams of digital files without having to worry about storage space. For them, the My Book Duo will hit all the right marks. It’s impressively large, easy to setup and does its job without any hassle. But so does the Backup Plus Slim. 12TB is too much, but 2TB is perfect for me, and perhaps 90% of the users out there. It’s also a cost thing. US$650 for the 12TB is crazy, but US$150 for 2TB is not. Cost versus size versus usefulness. Who will win? Seagate’s offering takes the prize. 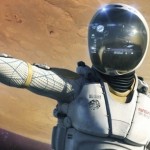