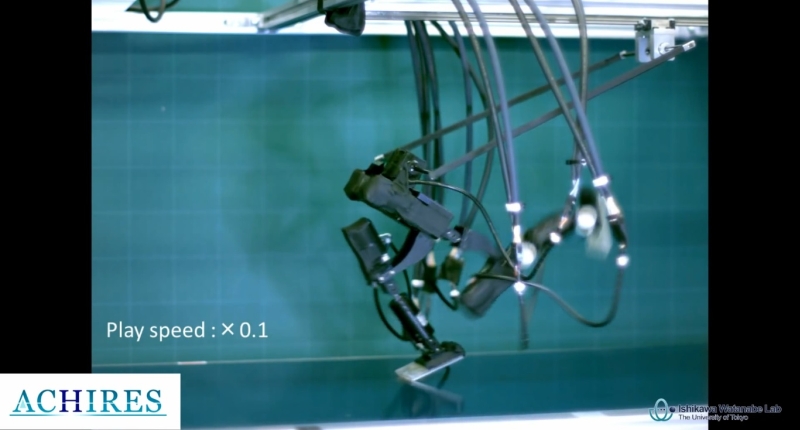 As fate (or a slow news week) would have it, a robot clocked at the speed of melting butter is not anything special. Tokyo’s little sprinter, dubbed ACHIRES, can only keep the pace for a mere ten seconds, not nearly enough to take it to Usain Bolt, or Haile Gebrselassie over a few hundred kilometers. But the simple 14cm tall pair of legs attached to a pivoting arm can do something Bolt and Gebraselassie have never tried on the track, and probably dare not attempt — a somersault while running.

That’s right. Even though it may be beaten by Earth’s greatest sprinter, the little robot may still have some fun enduring it.

As opposed to Honda’s ASIMO, ACHIRES (or “Actively Coordinated High-speed Image-processing Running Experiment System”) doesn’t calculate complex “zero point moment” events, which most biological organisms take care of while strolling through the park, quite literally. It’s also massively expensive computationally — as is the case with the multi-million dollar ASIMO. Instead, it’s hooked up to a high-speed camera (600 frames per second) mated to a computer which analyses each frame and in turn, corrects the movement of the robot. This reduces overall complexity and price extensively.

ACHIRES, for the most part is not another step towards the robot apocalypse, but a way to study robotic and human movement while running. The project aims to simplify and increase the speed of robot assembly lines in future implementations, which may perhaps see bipedal robots carting and somersaulting their way through factories of the future. 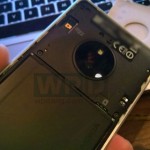