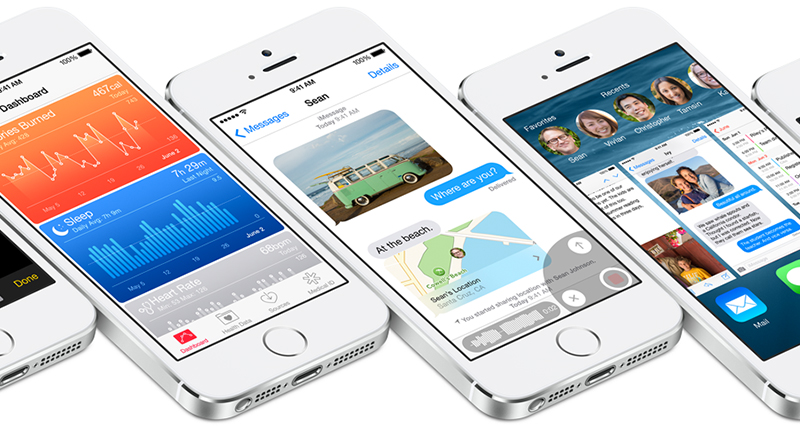 A few months ago, we all wondered what exactly the iPhone 6 would embody, what specifications it would boast, and what new groundbreaking ideas it would bring to life. So the questions floating around the internet for the past few months have been to the tune of this:

What could Apple possibly do to improve the iPhone 5s? How could a brand that relied so much on the vision of Steve Jobs build another successful device without him? And, would the iPhone 6 be an evolution or revolution?

Well, we’re about to find out.

With just over a day before the biggest device launch of 2014, we all speculate on what Apple will reveal to the public. But the iPhone is not the only device or offering likely to make an appearance. Here’s a rundown of what to expect at Apple’s event today. Without a doubt, we’ll see an iPhone, or two, but the real question is: what will be on the devices’ official cheat sheets?

Both iPhones will likely sport Apple’s beefier dual-core A8 SoC, clocked at 2.0GHz. It will be manufactured under the 20nm process, which promises a much smaller chip, improved power use and sport 64-bit instruction set support, like the A7 it replaces.

For the other hardware figures we’ll have to reach into the speculation hat. Apple leakers and fans alike are ferociously debating the RAM figure, rumoured to be either 1 or 2GB. Storage will range between 16GB and 128GB depending on the handset’s specification level, and only select devices will boast the virtually indestructible Sapphire Glass coating.

Screen resolution is rumoured to range below the 1080p standard for both devices at a queer 1704×960. Rear snappers may feature optical image stabilisation with a 10MP sensor, but Apple may want to fit the device with software stabilisation, to privilege form over function.

Exterior features will bring massive changes too. These are seemingly confirmed, thanks to the spate of leaks regarding the exterior shell. The buttons will almost definitely be rearranged, with the power knob sitting alongside the volume rocker for improved one-handed use. And speaking of power, the 5.5″ model will likely feature a 2915mAh battery, while the 4.7″ will use a lowly 1810mAh reservoir. We may very well get the first glowing Apple logo on an iPhone too.

A plethora of sensors for atmospheric and biometric conditions complete the array of features, with an added health focus on the device too. A rumoured co-processor dubbed “Phosphorus” is equipped to handle and serve the sensors’ and HealthKit’s processing needs all by its lonesome.

Other confirmed features include 802.11ac WiFi support, Bluetooth 4.0 LE, LTE support and NFC (finally!), which will see new use in mobile payments and possibly the iWatch. We also know that both iPhones will definitely run Apple’s iOS 8. After the promise of WWDC earlier this year, Apple will unveil a device that actually runs its flagship mobile OS.

Like Google’s Android L, it sports some clever battery saving technology and seductive UI elements. While these two features are all sorts of brilliant, the new Continuity feature is by far the one most Apple fans will be raving about.

Allowing iOS devices to communicate with OS X devices wholly, the feature will connect Apple devices seamlessly, sharing files and open documents across separate devices as if they were one. It effectively turns the Apple ecosystem into a more symbiotic and natural one, favouring the user.

The OS also includes tweaked graphics runtime Metal API, which promises to drop latency between the processor, OS and screen, while third-party keyboard support will appear for the first time on an iOS device.

As previously noted, the much paraded “HealthKit” feature will form a major part of the iPhone 6’s sales push (and hardware orientation), with the phone effectively becoming the user’s nurse. While the iPhone gets all the love, another software launch will also take center stage. OS X Yosemite has been in the pipeline for a good while now, with its existence also announced at WWDC.

Like iOS 8, Continuity will feature prominently, alongside a refreshed interface, improved UX and the arrival of Swift — the new programming language which promises a more gradual learning curve and improved efficiency for developers.

What device might Yosemite be showcased on, we wonder?

The Macbook range has recently enjoyed a refresh, thanks to Intel’s improved Haswell chipset. This saw Macbooks and Macs jump to core speeds exceeding the 3.5GHz threshold. But also rumoured for a while has been a baby Macbook Air. We could very well see this device tomorrow but it hasn’t been touted by any insiders or analysts as yet. Perhaps second only to the iPhone in interest is the iWatch, Apple’s mysterious wearable that promises to feature more sensors than a nuclear submarine. If we do see it, it will likely sport full iOS 8 support, a rectangular screen, some premium wristband options aiming to stun the Fashion Police, a Sapphire Glass screen and wireless charging.

An iPod Nano-like form-factor, with audio jack, microphone and mini speaker are all rumoured too, thanks to leaked schematics, and Apple has also invited a fair number of fashion publications to the Cupertino event, which should point towards the company’s shift towards fashion conscious folk.

Other than those details, we really have no definitive idea of what the iWatch will bring. The iPad range is due for a bit of an upgrade, especially since it suffered a massive sales hit earlier this year, but whether we’ll see an entirely new large-screened range is highly unlikely.

But we may very well see a new “iPad Air 2”, according to industry analyst Ming-Chi Kuo. Speculation suggests inclusion of TouchID, a new gold colour option and an anti-reflective screen coating. Apple’s A8 SoC will also be employed in the device, but the current iPad Mini may not receive any love until year-end.

The beauty of any Apple launch is that we can never say for sure what exactly to expect. The iPhone, iOS and Yosemite launches are almost dead certain, but the iWatch and iPad Air 2 may or may not feature — we just can’t confirm it.

For the record, it promises to be Apple’s most important launch to date. 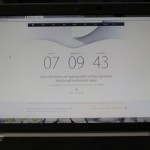