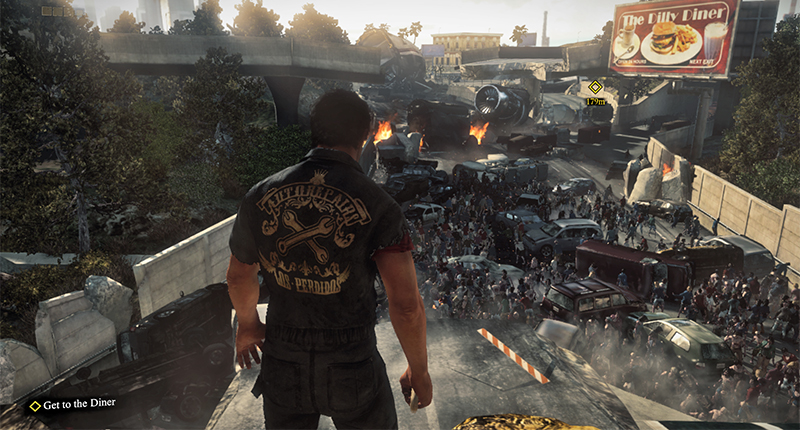 In recent times, the zombie phenomenon has skyrocketed and it has left our jaws dropped with the mountain of absolute crap that it has inspired. Thankfully, Dead Rising 3 has proudly brought back some honour to this mostly exhausted theme and reinstates our love for the air-headed flesh eaters. Get ready to lay waste to your zombie opponents with an arsenal of uniquely creative weapons and vehicles, continuing the traditional essence of the Dead Rising series.

Welcome to the city of Los Perdidos, a place once alive with the buzz of people and dreams of the future. But now, it’s a metropolis teeming with brainless zombies ambling around with no other purpose than to feed on human flesh. You play Nick Ramos (voiced by Andrew Lawrence, the little kid in the 1997 Mr Bean film), a young mechanic with a keen knack for building things. Follow Nick as he, together with other survivors, brave the sea of peckish zombies in a desperate attempt to escape Los Perdidos before it is leveled by an incendiary bomb. Coincidentally, Dead Rising 3 takes place ten years after the events of Dead Rising 2. Dead Rising 3 was my first stab at the Dead Rising Series. I’ve heard the name spoken in high regard by fellow gamers, even from those who weren’t zombie fanatics. I’ve also played my share of zombie-themed games in the past (Left for Dead, Dead Island, Dead Space, Resident Evil) so I had set a high bar for this game to fulfill. And I must say, it did remarkably well. The introduction video was a bit stale but not without its creative moments, giving you a brief timeline of events that lead up to the start of the game. The initial gameplay is a bit boring as you are taken through interactive tutorials that teach you the ins and outs of the game, but in retrospect they were quite in-depth and helpful. But as you progress through the tutorial, that boredom is replaced with a rapidly rising fear. You walk into a pitch black room, armed with nothing but a flashlight, your tiny circle of light revealing hundreds of caged zombies groaning in a spine-chilling symphony of gurgling noises. The action starts a bit slow with lots of running around, climbing and a few individual zombie fights scattered in-between. But this doesn’t drag on for too long and before you know it, you are picking up all kinds of weapons left, right and center – bashing through zombie hordes with a decent assortment of abandoned vehicles to choose from. But the ball really starts rolling when you start building your own weapons and cars, undoubtedly the pinnacle of excitement associated with this game. You are able to combine weapons to create an absolutely extraordinary arsenal of zombie slaying gear. Like, combining a sledgehammer and a chainsaw to create the fearful Sledge Saw. This is only the start of the fantastic weaponry you will lay your hands on. You will find yourself not running away from a wave of zombie but charging straight into it, your mouth foaming with excitement to test out your latest invention. Unlike previous games, where you had to go to a maintenance room to build weapons, you can now create weapons on the spot. This does make for a smooth gaming experience but just be warned that the game does not pause at the time of building, meaning that you are exposed to zombie attacks. The gaming environment in Dead Rising 3 looks amazing and is conveyed by truly stunning graphics. I was also impressed by the sound design that added to a realistic experience, for the zombie apocalypse that is. I could easily judge the distance and direction of any noise, even over speakers. Though I do recommend playing this game with headphones to fully immerse yourself in the story. The game features several alternative endings (depending on the choices you make throughout the story) but the true ending, known as “Ending S”, can only be viewed if the game is completed within a certain, near unobtainable amount of time. There were a few annoyances I found in the game. Unfortunately the frame rate is locked at 30fps but CAPCOM has provided a solution to this in the form of a custom “user.ini” file. “The game is capped at 30fps. However, if you would like to experiment with that, create a user.ini file which contains a single line, gmpcr_unlock_frame_rate=True’, and place it in the same folder as deadrising3.exe before running the game.” says Capcom. It also added that the game was optimised for 30fps, warning that tampering with this option might hinder the performance of the game. Luckily a developer of the game tested this on three different PC’s and revealed, on a Steam forum that this would cause no damage to the game. Even though Capcom claimed that Dead Rising 3 will have fast loading times, in my experience this is utter nonsense. When you start up the game it takes ages before you enter and though it does speed up once you’re in-game, it’s certainly nothing to brag about. I also found that the default controls were a bit impractical. This is probably due to this game being designed for a console controller so if you do have one, use it. If you’re an avid PC gamer that’s partial towards a keyboard and mouse, like me, just fiddle around with some key bindings and you’re good to go.

Verdict: Dead Rising 3, despite its few flaws is a highly entertaining game that will quickly get addictive. It will provide you with hours of amusing zombie slaying mayhem and leave you completely satisfied once you’ve reached the end. It may not feature an award-winning narrative and there isn’t much more to do than slay zombies. But what more do you need? Coupled with its dark humour, it’s an amazing gaming experience that is not to be missed.
Score: 7/10 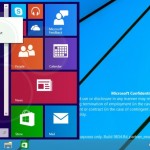