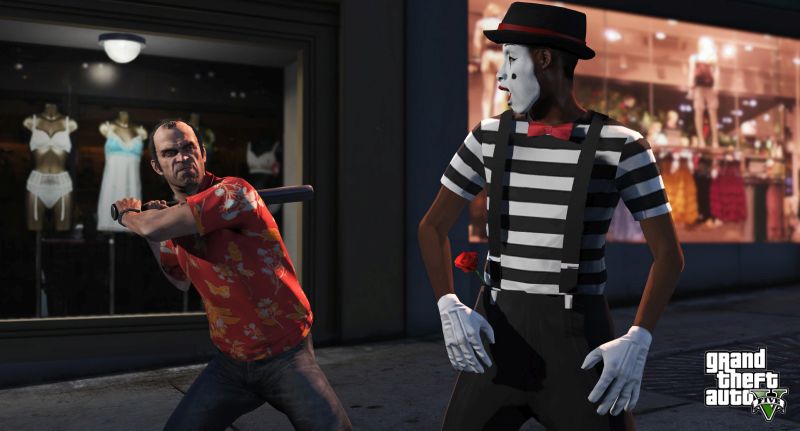 And here’s the trailer “A Picket Fence and a Dog Named Skip”, captured on PS4. The press release just landed in our mailboxes, hand-delivered in blood.

GTA V for PC, PS4 and Xbox One has a release date. The PC version launches 27 January 2015, while the PlayStation 4 and Xbox One gets a 18 November 2014 release. According to Rockstar, there’s also going to be a brand-new trailer landing at 3PM CAT (9AM EST) on the official GTA V site.

According to Rockstar, “major visual and technical upgrades to make Los Santos and Blaine County more immersive than ever.” This includes more wildlife, traffic, a new “foliage system”, better weather and damage effects, and loads more.

Also rumored, and now confirmed are 100 new songs and DJ mixes for the radio stations that quickly grew stale and repetitive. Thanks Rockstar!

GTA Online gains a boosted player count (up to 30 players now on PS4 and Xbox One), and the ability to transfer saves from the PS3/Xbox 360 to current-generation consoles and PC.

We’re a little morbid to hear of the 2015 PC release date, but at least it’s something. For a little more information and thirty gorgeous 1080p screenshots, visit the Rockstar Newswire. 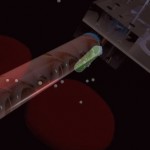