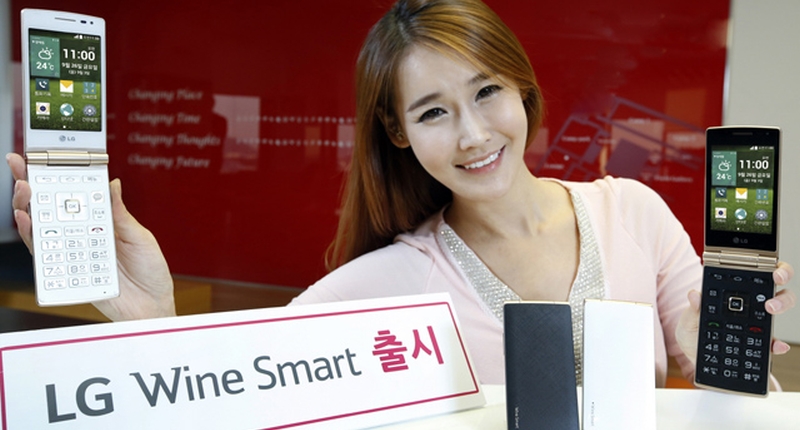 We’re all for using old technology in novel ways, like when Apple rediscovered NFC or when the Xbox One allowed for HDMI pass-through — two brilliant happenings. What we’re not so keen on are companies that revive old technologies just because the newer technology is too much for older folk. Don’t understand? Take LG’s latest 2007-inspired handset for the elderly.

We’re not sure why it’s presented in the archaic flip phone format, but the “Wine Smart” is primarily for those who think touchscreens are too sensitive and cumbersome.

Featuring oversized buttons, larger icons on-screen (bonkers considering the resolution on the tiny 3.5″ screen is 320×480), and a sensory alert system that notifies family members that the aged has fallen, LG hopes that the phone will appeal to older, but slightly-more-savvy-than-usual folk.

They’ll be pleased to know the Android KitKat handset houses a 1.2GHz quad-core SoC with 1GB RAM on board. There’s also plenty of storage — 4GB in total, expandable via microSD — to save 8MP snaps of their grandchildren or their knitting. Other circa-2014 technologies include video calling, Bluetooth 4.0 LE support and LTE capabilities, which makes the flip phone design even more puzzling.

There’s no word on release date, or where it will ship, but considering Japan has one of the highest median age figures on the planet, it’ll definitely find its way to northeastern Asia relatively soon. We’re still pretty sure that gramps would want something a bit more stylish though. 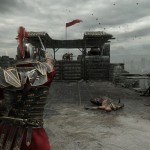