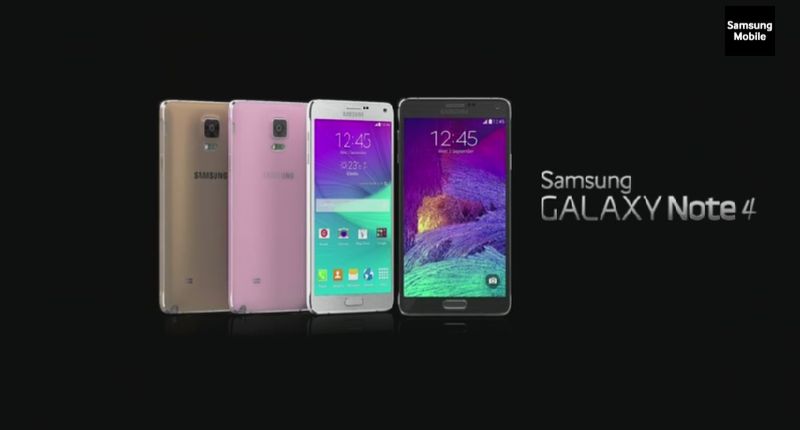 Samsung, bless its soul, always puts so much effort into its launches and the arrival of the Note 4 is no different. From the moment the show begun at IFA 2014, there was no doubt in anyone’s mind that this was a Samsung event, as a music band played the Samsung jingle with a Note 4 music app. Then, an entire orchestra joined in, all to play that jingle. I fully expect neon covered dancers to appear later on. Samsung’s also one for surprises, as it introduced four products today. The Galaxy Note 4, Galaxy Note Edge, the Gear S and the Gear VR.

It’s all about the value-adds with Samsung phones. In order to differentiate itself from other phones, Samsung adds fingerprint readers, special apps and styluses to reel in new customers. And if anything, the Note 4 is certainly feature-packed. And here’s what it does.

The design of the Note 4 is incredibly similar to the Note 3, but now with a metal frame and a 2.5D screen to add a little more curve and durability to the glass. It’s 176g light, 8.5mm thin and comes in black, gold, white and pink. There’s also a dynamic lock screen from companies like Yahoo! You know, for even more customisation. The 5.7″ Quad HD Super AMOLED screen is pure sex and at 2560×1440, it’s hard to deny its visual appeal. Multi-window is now inside the Recent key, ’cause users were complaining it was too hard to find. Samsung demoed this by splitting the view with a drag and drop of the S Pen. It seemed quick and precise.

The S Pen is also “the key to your phones potential”. Handwriting ability has been improved with double the usual pressure sensitivity. It’s like a “real pen” now, with calligraphy now a writing option. There’s also Smart Select, that lets you capture a series of cropped images and merge them all into one. It can then be shared with one tap. The S Pen is now essentially a mouse, allowing the user to select text with minimal fuss. With Snap Note, for instance, we can capture a text image and edit it later on. Camera functions have also been considerably bolstered, this includes the front camera as well. The rear is 16MP with Smart OIS and a front-facing camera with 3.7MP and a f1.9 lens. The heart-rate sensor on the rear of the Note 4 is now used for taking selfies, apparently this makes for a steadier shot. The front-facing camera even has a wide selfie mode, for taking enormous shots with loads of smiling humans. Battery has been “perfected” and in only 30 minutes, the Note 4 can charge to 50%. It usually takes an hour, just so you know. Also, the Note 4 now has three microphones for… better recording? Improved noise cancellation will even make phone-calls sound a little better. There’s a bunch of new covers, like this Swarovski one below. Yet wait, there’s more. Mont Blanc launched S Pen’s of its own, which works on e-Paper devices.

The Note 4 is coming “sometime in October”, so you can see it all for yourself.

It’s a special edition of the Note 4, with a sliver of screen (Edge Screen) that extends around phone. The Edge Screen is used for multi-tasking, accessing the quick tools, or as a new screen entirely, independent of the home screen. It’s a revolving UX, seemingly designed to give interruption-free usage from the Edge. The Note Edge will even have two special Flip Wallets which show the Edge Screen even when closed. It kind of looks like a melted phablet, but at least it’s innovative. Now, Samsung smartwatches aren’t great. But with Google Wear, it’s at least usable. There’s 3G/WiFi so finally, you won’t need to have a constantly paired watch for the bloody thing to work. Good job Samsung, only took three smartwatches to figure that out. There’s a full qwerty keyboard on a 2″ Super AMOLED display, all on a fairly attractive curved screen. With well-designed clock faces, Samsung wants to deliver a watch for all. Notifications, widgets and apps are all a swipe away. It will even find your car for you in a bustling parking lot. It looks a little cramped, so we’ll have to get some hands-on with the Gear S to see if it all plays out. It’s all about the apps though, and Samsung boasts that there’s now over 1000 for the Gear S, such as S Health. The phone and app can even tell you what type of sunscreen to apply. The mind boggles. Like with the Note 4, there’ll be custom bands, such as (again), a Swarovski strap The Gear VR, first and foremost, is powered by Oculus so it’s not “shit”. Connected to the Note 4, the Gear VR is focused on ergonomics and comfort, with the Note 4 squeezed inside the device like Google Cardboard. There’s a 96-degree viewing angle, and the display is equivalent to a 175″ screen. Let that sink into your noodle for a moment. This could be the best VR experience yet. It’s all about the content though. So Samsung offers the Oculus VR cinema, as well as future apps through its “top-tier partners”. We’ll add prices and launch dates as they arrive, but it’s been a predictably shiny show with more than a few surprises. 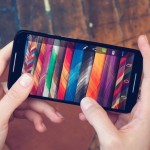