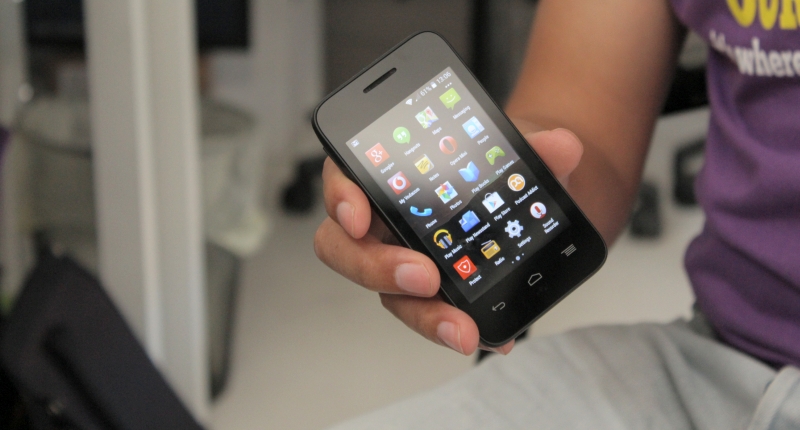 We have yet another “budget smartphone” on our testing table. While the big manufacturers squabble among themselves to fit unnecessarily detailed screens and wildlife photography-capable cameras into 5″ bars of soap, the other half of the industry is hell-bent on producing that killer yet extremely cheap smartphone.

Vodacom, one of South Africa’s cellular networks, has launched the Vodacom Smart Kicka — the latest minnow device hitting the South African market — and while it may not be the most riveting introduction of the year, it is quite possibly one of the most important, because it costs just R549 (US$52).

For the cost of 10 Happy Meals, the Vodacom Smart Kicka doesn’t try to shove the kitchen sink and bathtub into the consumer’s pocket, but it may include a few rather useful bits and bobs one would expect on a budget device.

The 3.5-inch 480×320 (HVGA) screen is powered by a 1.0GHz dual core SoC and 512MB RAM, shouldered by 4GB onboard storage. At the rear, we find the solitary 2MP camera, and up top sits the 3.5mm audio jack. Inside the phone, we spy a 1400mAh battery, a single SIM card slot — which I believe is the biggest drawback of this device — and a microSD card expansion slot. So, on the hardware front at least, there’s nothing to get overly excited about, but this doesn’t send the Smart Kicka to the “phones I will never and should never, ever buy” pile.

As budget smartphones come, it’s the most complete package (cost/features ratio) I’ve seen in quite some time. It’s also one of the most comfortable handsets I have ever held, mainly thanks to its compact form factor, but also the tapered edges that fall away, mirroring the curve of the hand. With the headphone jack up top, listening to music with the phone sitting the right way up in a pocket is an often overlooked bonus.

Even though the hardware can barely hold its own weight, it’s more than adequate for the occasional browsing, social media splurge and music listening that prospective users will enjoy. Thanks to its Android base as well, most of the apps on the store are fair game. And speaking of games, non-graphic intensive titles like Angry Birds and Flappy Zuma should run with relative ease. The built-in speaker is more than adequate for listening to music aloud or taking a speakerphone call, and the handset is pre-loaded with a gaggle of Google apps that should satisfy users who aren’t incredibly keen to dabble with aftermarket downloads.

What I absolutely love

Somehow, the battery (at least while the phone is on standby) seems to last forever. During the first week of using the phone, I plugged the charger in only twice. Twice! And this with the WiFi, GPS and cellular radio on too.

Perhaps the greatest little weapon in the tiny arsenal is the WiFi hotspot feature (courtesy of Android, mainly) that broadcasts the phone’s HSDPA+ signal via wireless. I often found myself using it in the office when the internet was having a Monday, and it worked flawlessly, but don’t expect more than two people to enjoy it simultaneously. Blackberry fans (if there are indeed any left) will be pleased to find a little LED notification fitted just above the screen, alerting the unaware user of possible unread emails, messages and phone calls. It can become annoying though, especially at night when left to charge (which essentially forces the LED to burn for the charge’s duration), but wholly it’s a nice unasked for addition on a cheap phone.

Again, cheat sheets often miss the whole truth. For a 2MP camera, it surprised me as quite a crisp snapper. It’s much better than the 5MP on my current handset, with a decent viewing angle and response time. Video, however, will leave much to be desired. And I mean much.

Why I want to fling it through a window

Sadly, even though it is a pretty great package, there are some massive drawbacks and compromises facing the prospective buyer.

Firstly, the screen, the horrible, terrible screen is the biggest letdown, and it’s not entirely the lax resolution. The contrast ratio (the margin between white and black) is awful, leaving colours looking washed-out and black font quite difficult to see. 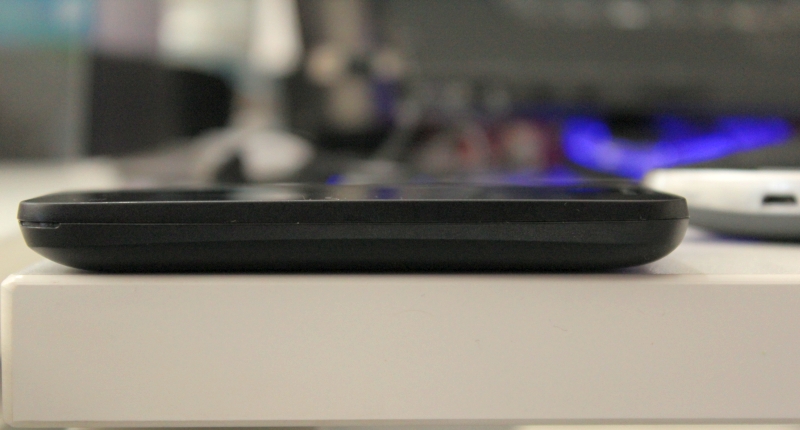 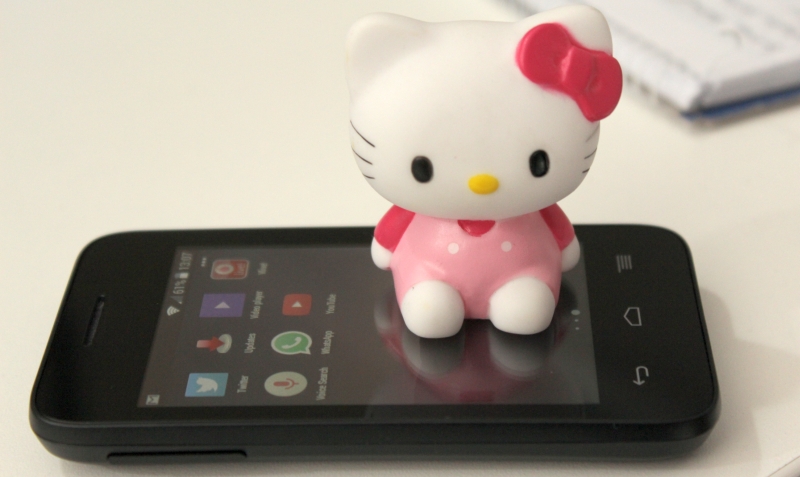 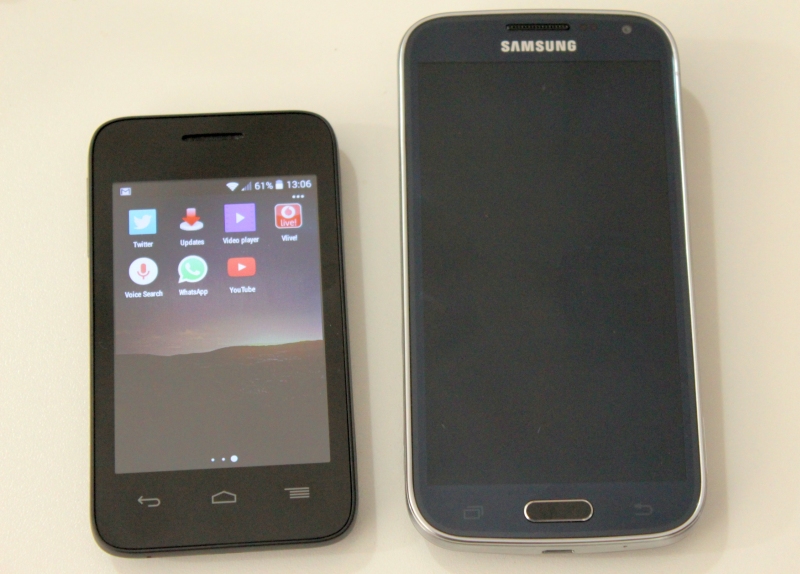 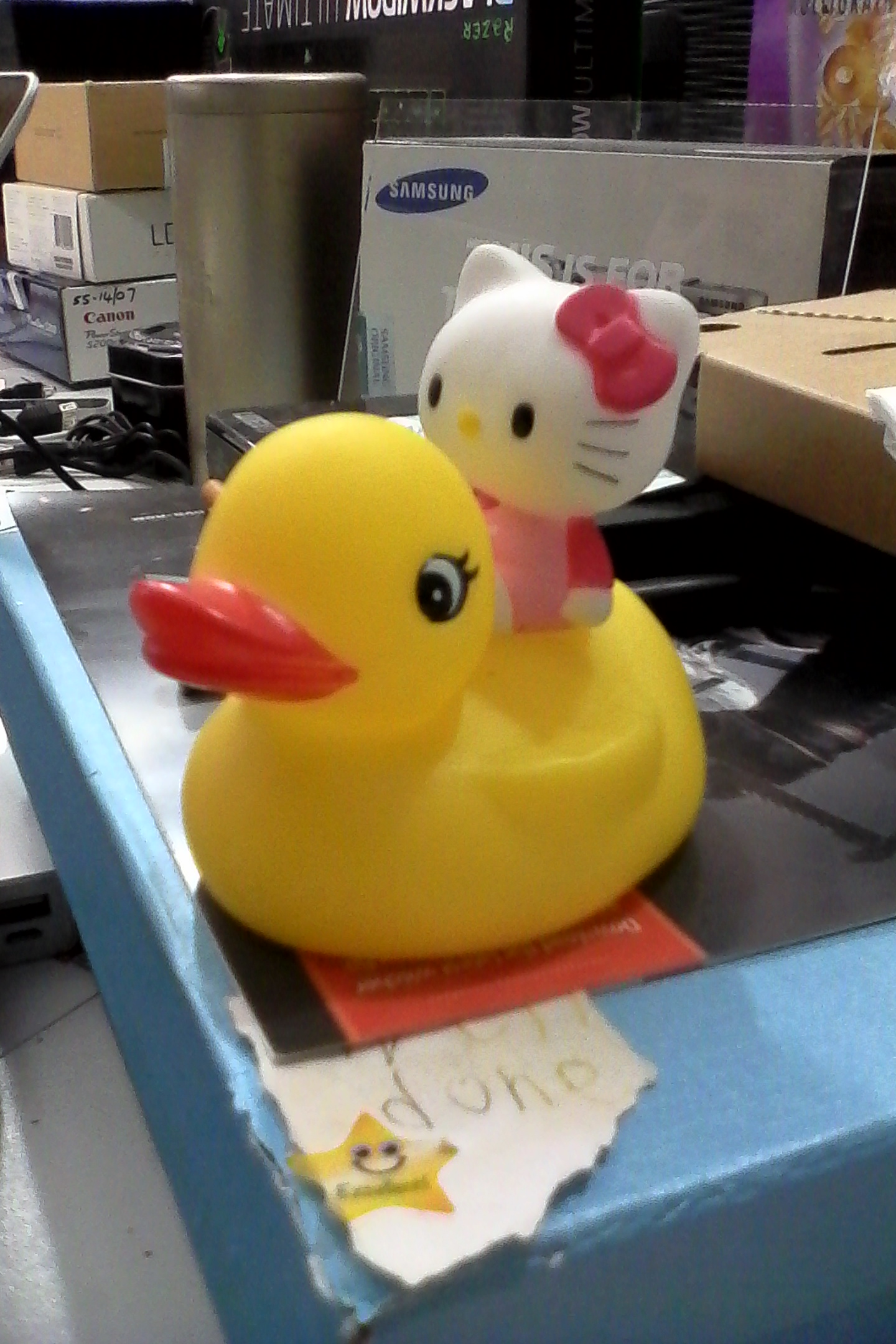 Images under artificial light indoors are stellar -- for a 2MP camera. 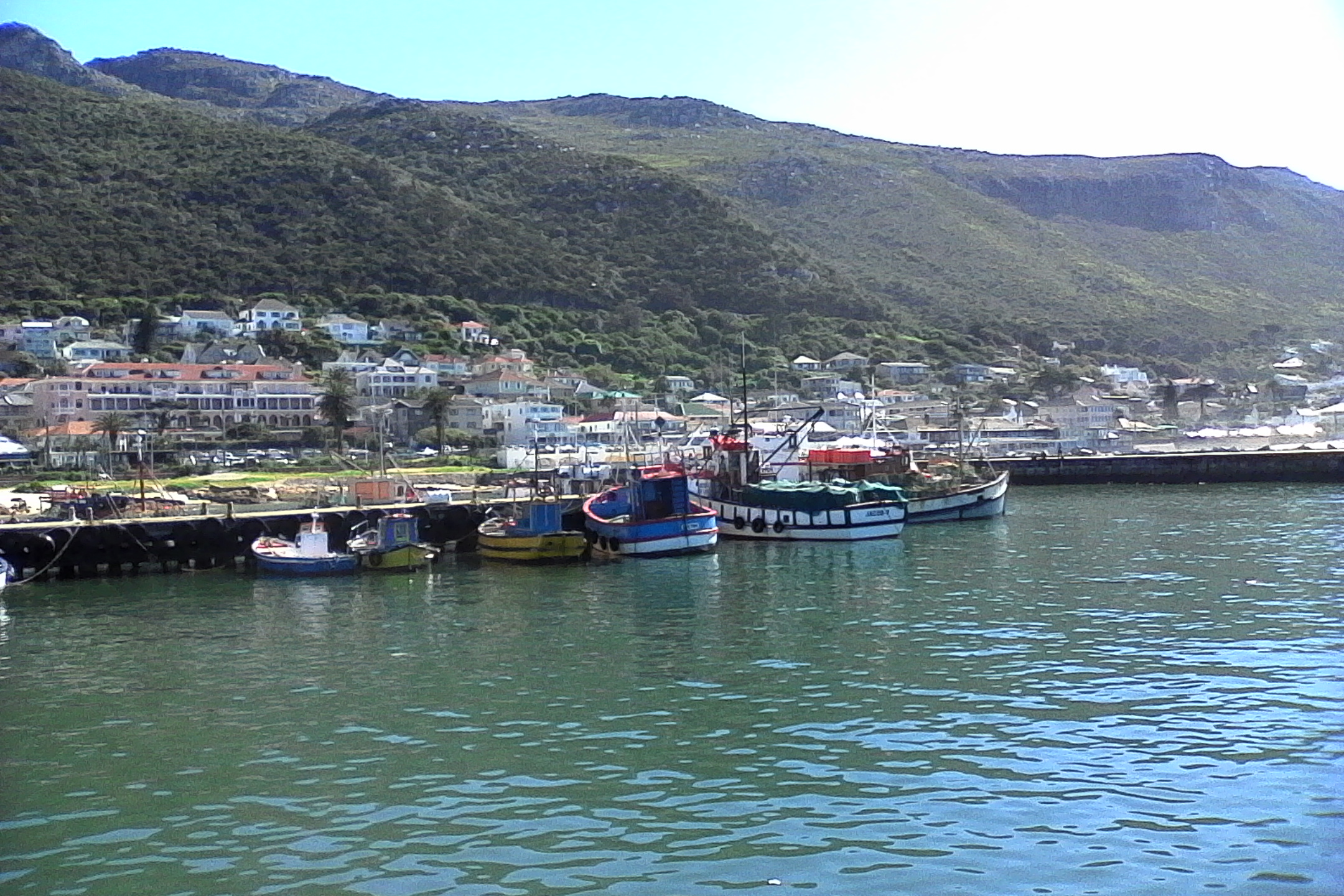 Landscapes are well executed too, although it's largely dependent on lighting conditions. 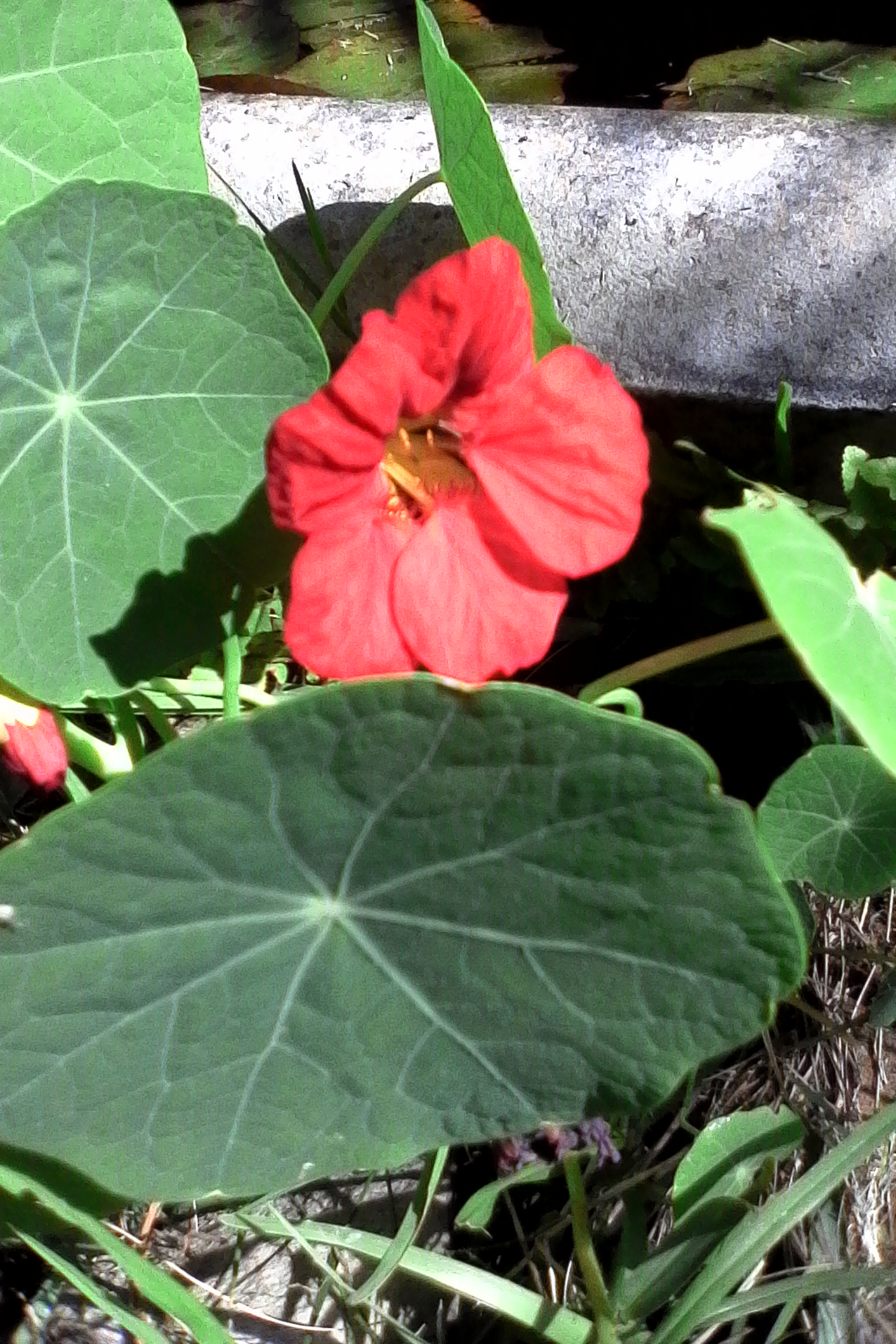 Outdoor images under bright lights is where the camera shows its flaws. With no autofocus or stability options, images become blurred if the user doesn't remain completely still

Apart from that, the overall multitasking performance of the device is less than flaky. It’ll eat singular apps for breakfast and burp out loud when it’s done, but give it anything more than an array of commonly used apps and it chokes. It’s virtually impossible to do anything constructive while installing apps either.

Having said that, benchmarking a budget phone is not entirely beneficial, but just for the hell of it, Antutu’s opinion is currently the most trusted in the mobile business. This is what it makes of the device:

Moving to exterior features — the smooth, tapered casing is a blessing and a curse. For a clean-freak, I found myself constantly lamenting the forest of fingerprints left behind on the device. The matte finish has also worn away after a mere two weeks of use. I expect the rear will resemble a five-year-old computer keyboard after a few months.

What’s more, the phone is as easy to drop as an egg on a spoon. It threatens to fall out of a firmly clenched hand especially though one-handed use. This could easily be solved with a sheath, but chances are the cover bought for the phone will cost more than the device itself. Hardly worth it.

Definitely not the fastest phone on the planet.

Other design flaws rear their ugly heads through extensive use too. The camera annoyingly protrudes beyond the casing, so while the phone appears to be relaxing flat on its back, the camera can be easily scratched when not on a smooth surface. Speaking of the casing, the rear is quite a hassle to remove, and when removed, one notices that the buttons are literally attached to the case, and not the phone — a bit left field in terms of cellular traditions.

Finally, we get to the lack of dual SIM support. Now, I understand that Vodacom doesn’t want users dallying with other service providers, but it’s the current budget phone standard. Not including a second SIM limits the phone’s options in South Africa — especially since data in this country remains ludicrously overpriced.

I’ve had to wrap my head around this “budget smartphone” phenomena currently sweeping the world. In countries with growing smartphone adoption rates, the Smart Kicka and its competitors make a bundle of sense. Appealing to the lower end of the market by dropping features and specifications is a sure way of reducing the cost of the device, but does it result in a phone that people will use for an extended amount of time before they upgrade or get overly frustrated? I’m not quite sure.

The Vodacom Smart Kicka is the most complete device (at least at this price level) that I’ve toyed with for quite some time. It’s solid, easy to use, cheap, and thus, it should sell like hotcakes. But don’t purchase it if you’re used to speed, multitasking like a line cook, or camera quality that puts big-lens Bob to shame.

Verdict: Although I’ve rambled on about what I dislike, it really is a great phone for the price. It does everything relatively well, which, if I remember correctly, got me and most people I know through high school. When not relying on it to set the mobile web on fire, or render intense gaming scenes, it’s a stellar phone. But don’t expect too much from it. For its intended purpose — appeasing the feature phone exiles, or backing up a heftier device — the VodacomSmart Kicka is a clear winner. 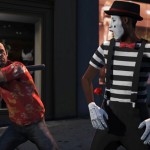