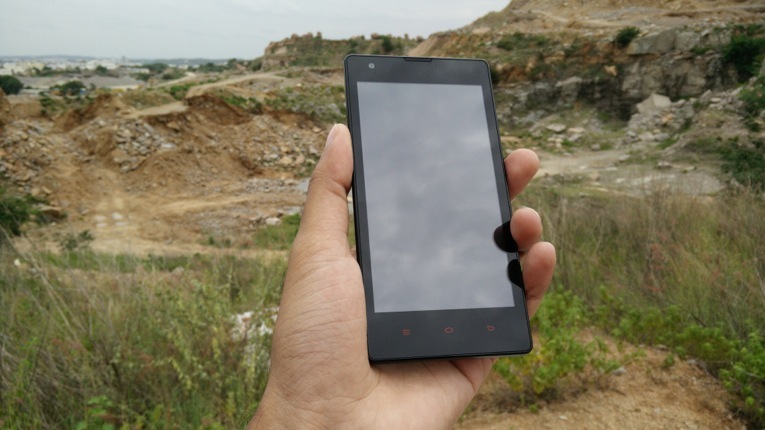 The budget smartphone market is going really crazy in terms of competition. Every brand is trying to offer better specifications than their competitors at a lower price. Asus recently launched the complete range of dual-SIM Android smartphones — Zenfone 4 A400CG, Zenfone 4 A450CG, Zenfone 5 and Zenfone 6. Motorola had previously launched Moto G and Moto E. After launching the Xiaomi Mi 3 in India, the brand which is being termed as “Apple of China”, it then announced the Redmi 1S.

Even though the Redmi 1S is yet to arrive in stores, I managed to secure a review model. Priced at US$99, the Redmi 1S currently competes with the likes of Asus Zenfone 4, Motorola Moto E, Nokia Lumia 525 and Micromax Unite 2 A106.

The Xiaomi Redmi 1S has a basic design which can’t be differentiated from all the other Android smartphones out there. There is nothing special about its looks. It has huge bezels but we can’t expect it to have LG G3-like compactness, at least not in this price range.

The back cover as well as the battery are removable which might mean a great deal for users who roam around with extra batteries. After removing the battery, you can access dual mini SIM-card slots and a microSD card slot. The primary camera sensor, LED flash and the loudspeaker are all placed at the back of the device along with a MI logo which is stamped into the devices back cover. The power/lock button and the volume rockers are placed on the right hand side of the device at a comfortable position making them easier to reach and press. The headphone jack is at the top while the microUSB port is at the bottom of the device. On the front, you can find the touchscreen, front-facing camera, ambient light sensor, proximity and capacitive keys. The capacitive keys on the front of the device quite sadly, aren’t backlit and users will face problems trying to find the keys when in dark conditions. The device felt quite sturdy and the soft-touch back cover definitely helped improve its ergonomics.

The Redmi 1S has a 4.7″ IPS LCD display and it is the only device in its price range to have an HD screen resolution, taking its pixel density to 312ppi. Even though Xiaomi VP Hugo Barra stated that the device has Gorilla Glass 3, the company’s official website lists the screen being protected by ACG’s DragonTrail glass panel for scratch-free operation and added strength.

The content on the screen appears sharp, thanks to the HD resolution. The display showcases good amount of brightness, contrast and moderate black levels. Even under direct sunlight, the content on the screen was readable. The loudspeaker is strictly average but audio through headphones is much better. It even comes with audio optimisation software where you are asked about your headphone type — the sound is then changed accordingly to match the headphone type. Call quality is satisfactory and the phone held onto signal strength firmly even in areas with scant cellular reception.

While most of the other smartphones in this price range settle for 5MP cameras, the Redmi 1S comes with an 8MP BSI (back-side illumination) camera sensor with f/2.2 aperture, auto-focus lens and a single LED flash. The device can record videos in full HD 1080p resolution. There’s a front-facing camera with a strange resolution of 1.6MP. Happily, the image quality is much better than what I am used to from smartphones in this price range. The autofocus is quite fast and images are clicked and saved in a short time, thanks to zero shutter lag. 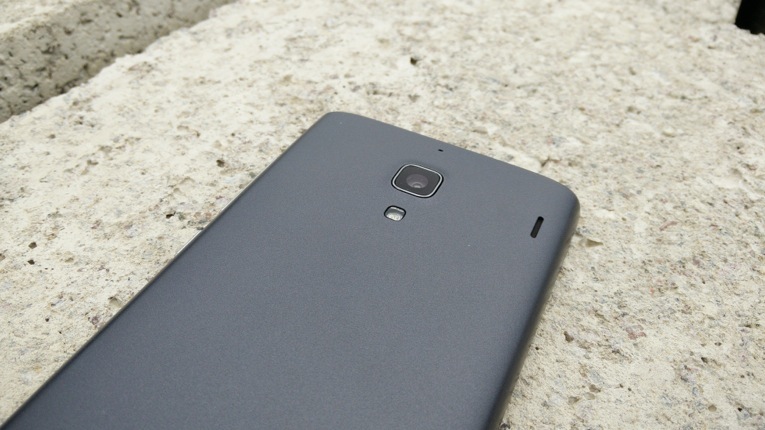 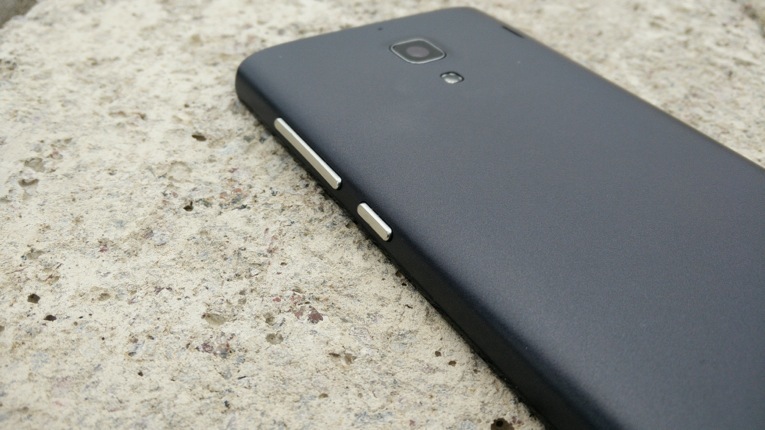 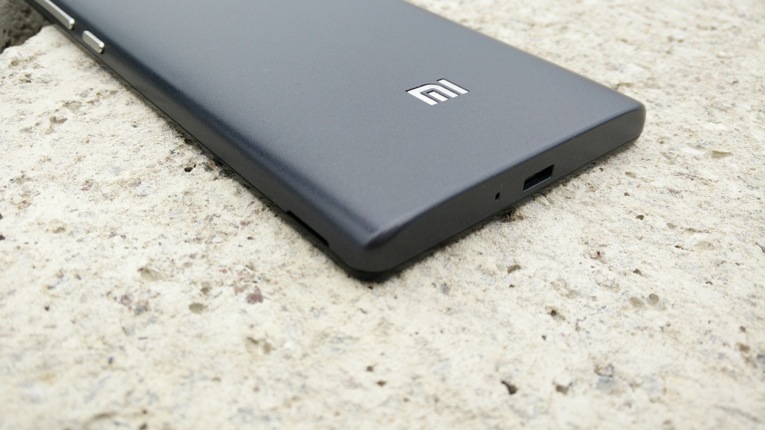 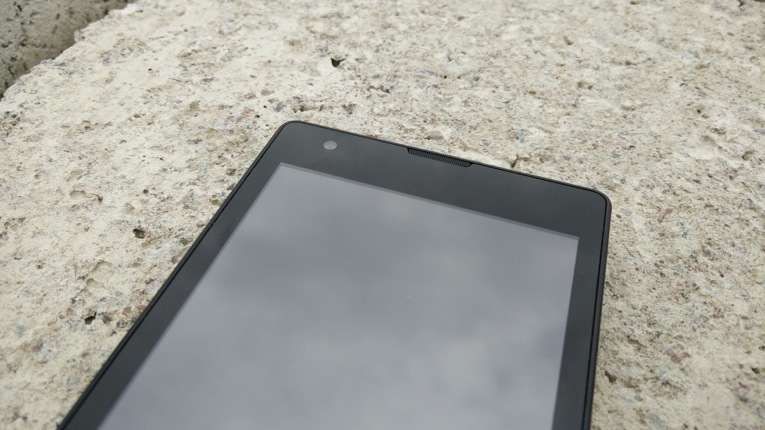 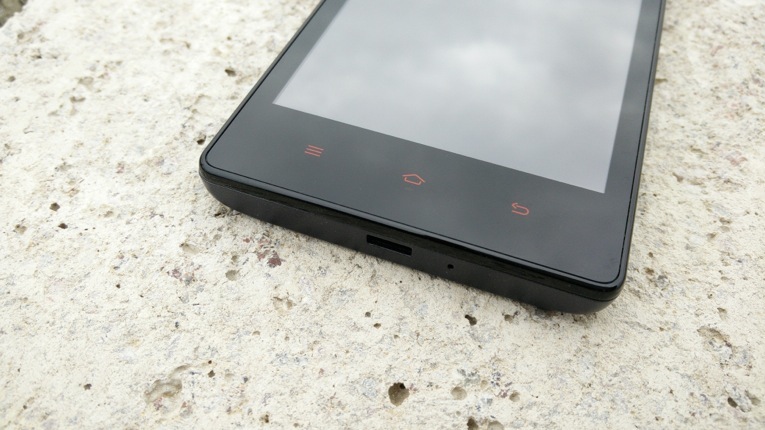 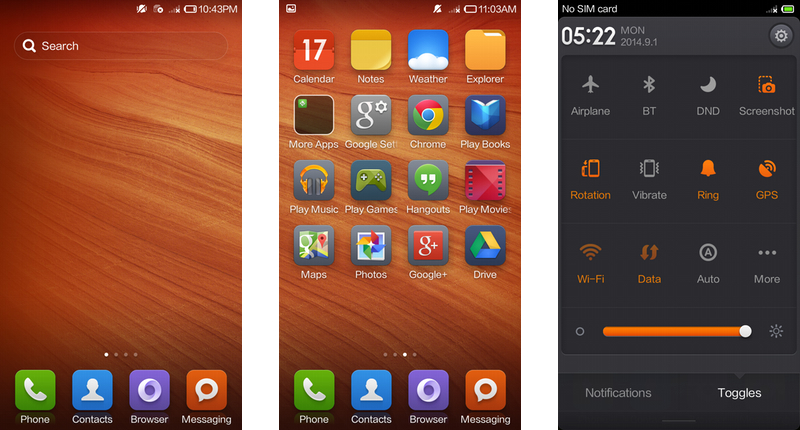 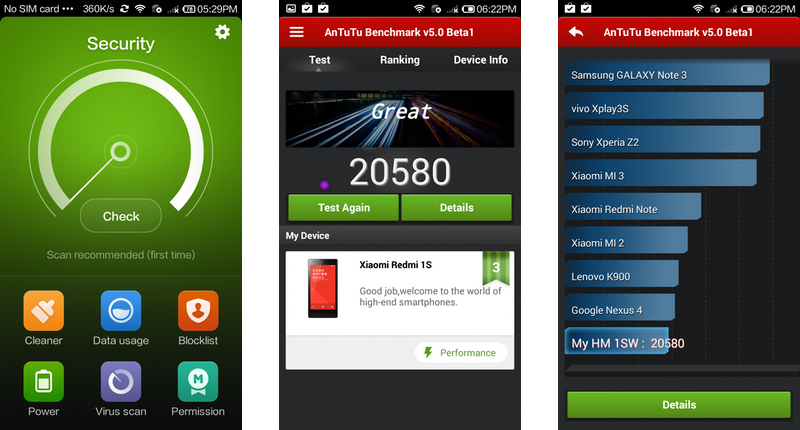 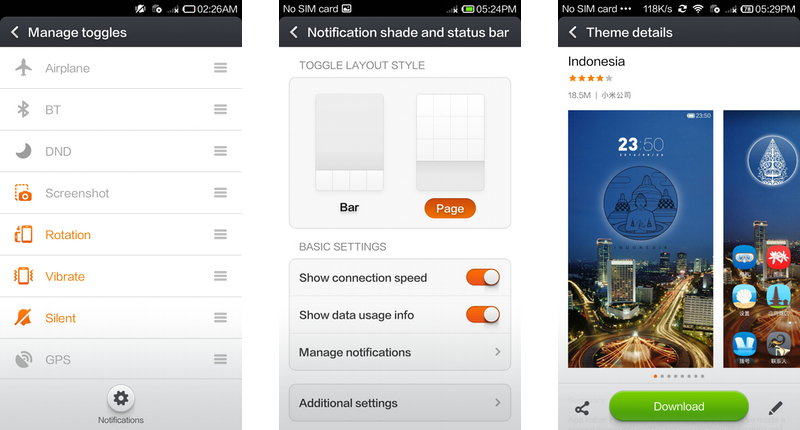 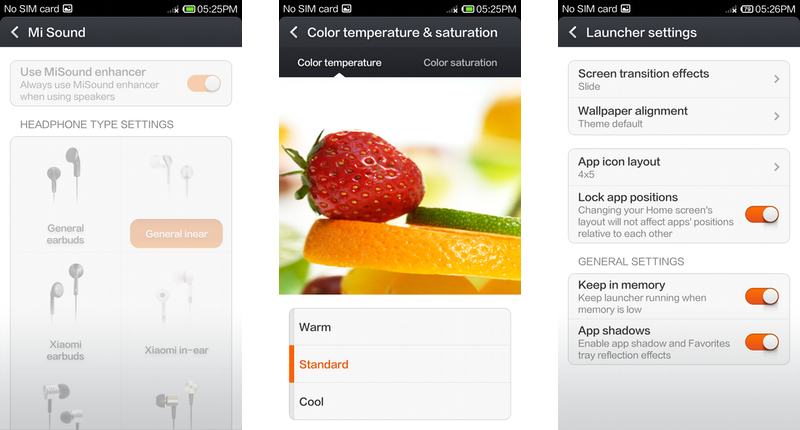 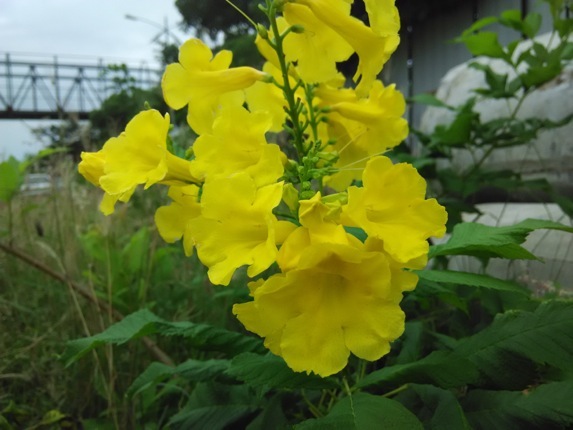 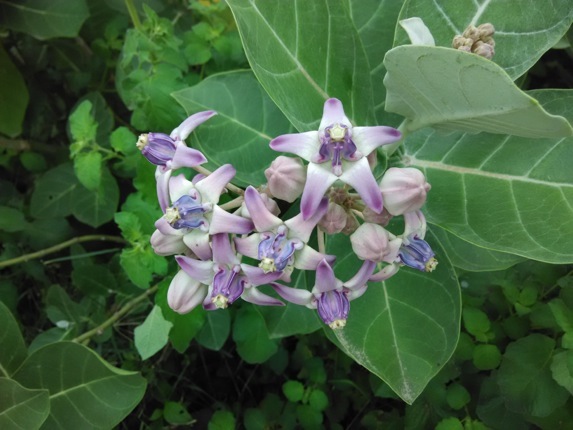 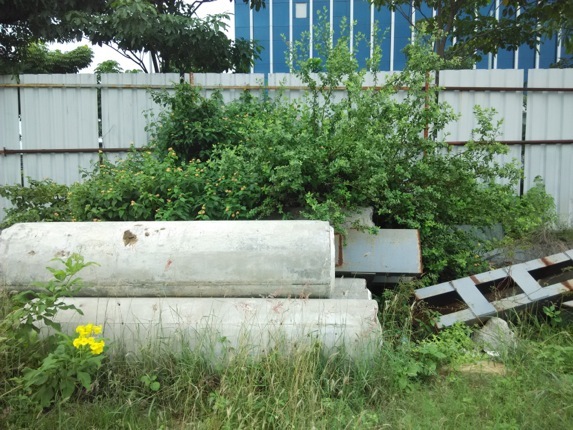 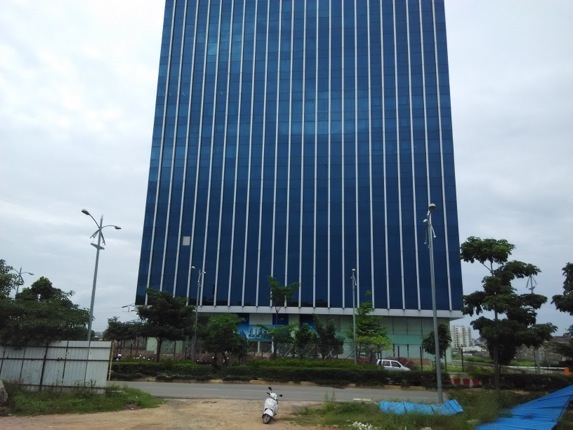 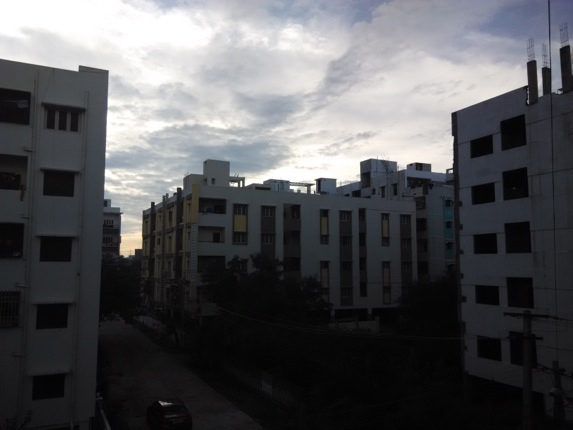 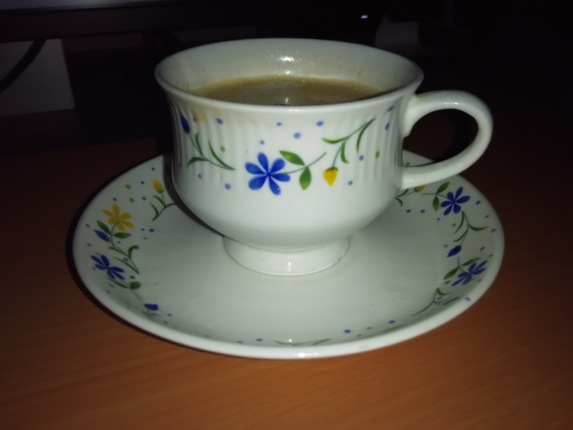 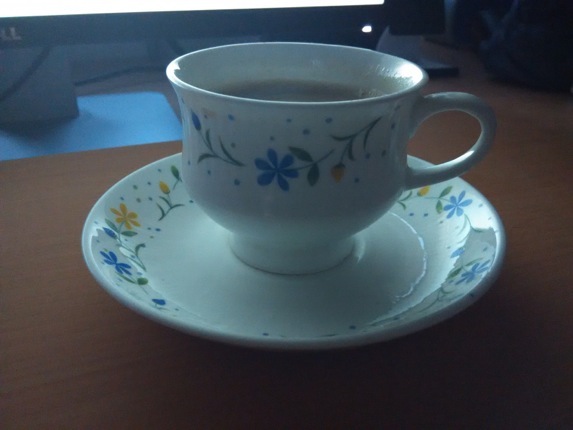 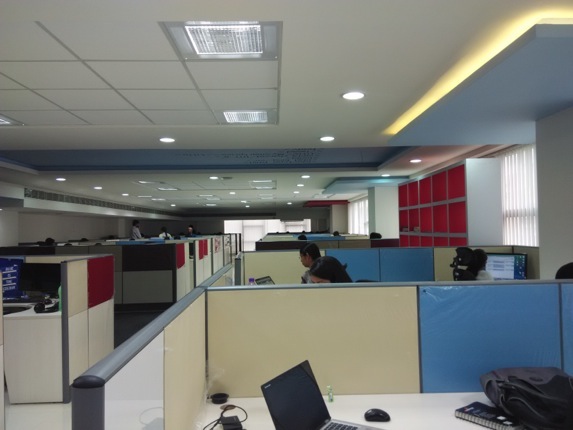 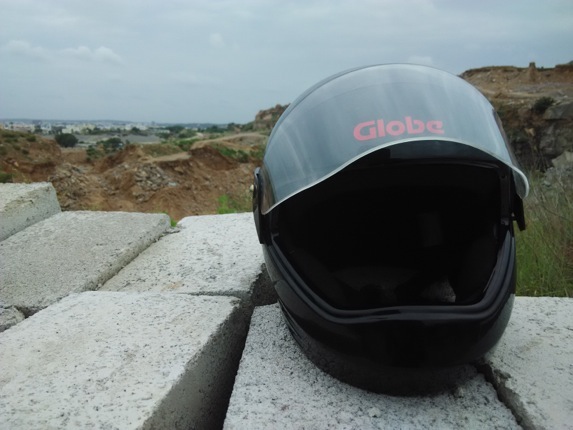 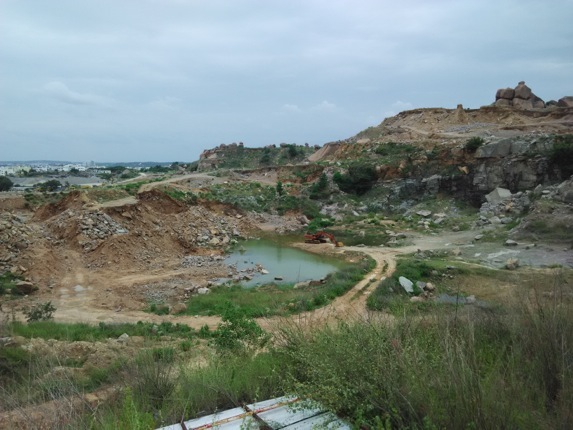 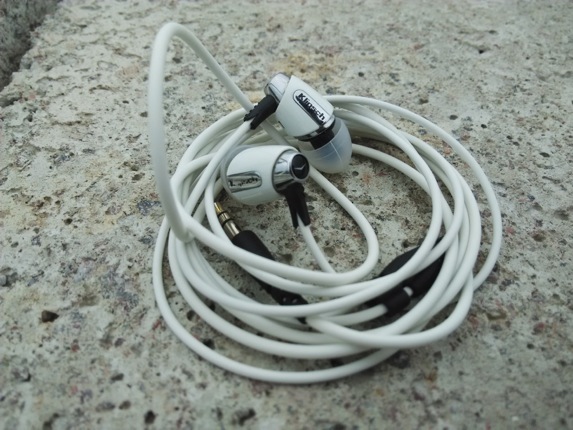 There are some software options such as HDR, panorama, time lapse and slow motion videos. The camera takes great images with plenty of details and balanced colour saturation under good lighting conditions but the images captured in not-so-ideal conditions can be termed as “usable”. The camera results easily blow away the competition including the Asus Zenfone 4 which we’ve recently reviewed. Even the image quality of the Moto G, which is priced twice that of the Redmi 1S, can’t come close to what the Redmi 1S offers. The videos come out smooth and makes use of dual microphones used in the device to capture stereo sound. Even in dark conditions, the videos don’t get jittery. In summation, the image and video quality on the Redmi 1S captures is commendable.

The Xiaomi Redmi 1S features a 1.6GHz quad-core MSM8228 Qualcomm Snapdragon 400 processor with Adreno 305 GPU, 1GB RAM and 8GB internal storage space. There’s also a memory expansion slot which accepts microSD cards of up to 64GB. The device operated mostly lag-free and the UI was really smooth, though the device did gave some hints of lag while apps or games were being installed or updated in the background. Also, the apps did not open instantaneously when I tried to wake the device from sleep mode. It took a couple of seconds before the device started running smoothly. The device was able to handle even graphically heavy games, though the frames-rates were only playable, not enjoyable. The device comes with older version software; Android 4.3 Jelly Bean with MIUI v5.0 on top of it. The complete UI has an extreme resemblance with iOS 6 as there is no dedicated app drawer and all the apps are placed directly onto the home screens. The quick setting under the toggles tab of the notifications bar is completely customisable. Xiaomi is known for its themes engine which third party developers can experiment with. The Redmi 1S is well-packed in terms of connectivity features. It comes with dual SIM card slots with dual-standby. The primary SIM card slot is compatible with dual-band 3G networks (WCDMA 900/2100 MHz) while the secondary is compatible with only 2G networks. Other wireless connectivity features include Wi-Fi b/g/n (2.4GHz), Wi-Fi Direct, Wi-Fi Hotspot, Bluetooth v4.0 and A-GPS. It is surprising to see Bluetooth v4.0 connectivity along with LE profile in a smartphone under US$100. Wired connectivity features include microUSB v2.0 port with USB OTG capability and a 3.5mm headphone jack. It has a 2000mAh removable Li-Ion battery which lasts a complete day with a scree- on time of almost four hours, at least that’s what I was able to get from the device in a week of use. This included three email accounts, five social networking accounts and three instant messaging apps constantly on sync and music playback for a couple of hours. On average, I browse the web for more than an hour per day on my smartphone.

Verdict: The only area where I think the Redmi 1S lacks is its Android software version; Android 4.3 Jelly Bean. It has a sharp and bright screen, operates mostly lag-free, has a surprisingly decent camera and a day-long battery life. Many competing smartphones are coming with Android 4.4 KitKat pre-installed. Still, thanks to its satisfying all-round performance, the Xiaomi Redmi 1S manages to beats them comfortably. The Xiaomi Redmi 1S is the best US$100 smartphone that I’ve ever used, and I’ve seen hundreds. 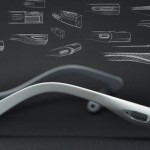