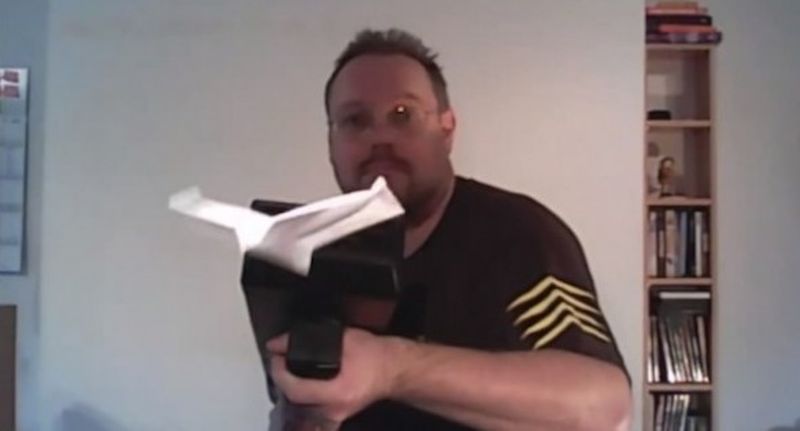 An anonymous inventor who looks like Walter Sobchak from The Big Lebowski recently posted a YouTube video in which he demonstrates a self-made machine gun that folds and fires paper airplanes that would make any grade schooler froth with jealousy.

Flaring his eyes behind wire rimmed glasses, this DIY’er shows off his impressive invention constructed of 3D printed materials and an assortment of parts collected from several specialty hardware stores. He also states quite proudly that he “use[d] a cordless screwdriver from China for [the] driving [mechanism].”

The anonymous Walter Sobchak look-alike DIY’er calls his invention the Paper Airplane Machine Gun (or Papierflieger-Maschinenpistole). And yes, he is German, making The Big Lebowski reference all the more appropriate. If you are a fan of the film, then you must be familiar with the German Nihilists.

All kidding aside, the Paper Airplane Machine Gun is fun to watch. Towards the end of the video, the inventor shows the underside of the machine gun, which reveals how the gun has been constructed to roll and fold paper into the shape of paper airplanes using a series of rollers and raised platforms. 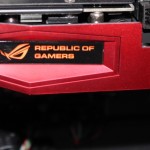