As soon as the iPad Air 2 hit the stores and shores of the US, it became judgement day. If you scan the headlines, you’ll see phrases like “best tablet ever” being flaunted around a lot. Is Apple’s latest, thinnest iPad as good as our fellow reviewers make it out to be? We’ve rounded up some of the web’s most popular gadget sites.

As ever, The Verge paints the Air 2 in a stunning light. “At the most basic level, the iPad Air 2 is a monumental achievement in the field of iterative improvement,” writes Nilay Patel. Apart from the incredible hardware speeds, the iPad Air 2 is mostly just thinner. 18% thinner than the previous Air to be exact! That’s 6.1 millimeters!

“There’s no question that the iPad Air 2 is the best iPad ever made,” Patel continues. “It’s also the best tablet ever made — its incredible hardware and enormous ecosystem of apps offer a commanding advantage over the competition.”

On the downside, Engadget‘s Brad Molen points out that the tablet’s battery life could have been better. Apple certainly had to make sacrifices in making the tablet thinner than your average magazine, and the battery is usually the piece of hardware taking the most space. But the battery issue is just to fill the space in the “Cons” section it seems (the other con was the lack of a mute switch).

The negatives end there though. “The iPad Air 2 is Apple’s most powerful tablet yet,” he continues, “and is incredibly thin and light. It’s a solid upgrade over last year’s Air, and should definitely be one of your top tablet considerations.” He notes that apart from its design, what stood out were the addition of Touch ID — the fingerprint sensor which can work well with Apple Pay. Strangely though, the payments feature is limited to online purchases as iPads don’t have NFC.

On the performance front, Darrell Etherington from TechCrunch sums up the new generation hardware “The A8X uses Apple’s second-generation 64-bit mobile architecture, and improves CPU performance by up to 40% over the speed of the A7.” In terms of user experience, he writes that “the new iPad Air 2 handles the visual flourishes and animations of iOS 8 with such aplomb that you’ll never even pause to think about them.”

Tim Cook made a big fuss about the iPads’ new cameras last week. The 8MP camera can captures images at 3264×2448 with the inclusion of burst mode, time-lapse and slow-mo. This is definitely a big deal as Etherington writes that “overall, Apple now appears to be taking the iPad’s camera seriously, and the resulting photos and videos reflect that.”

Recode‘s Walt Mossberg had a slightly different view on the whole experience, asking whether or not it’s really worth an upgrade from the previous generation.

“I couldn’t tell the difference between the Air and Air 2 while doing these things,” Mossberg writes. “The new model didn’t seem faster or smoother while running all my apps, perhaps because — like most people — I don’t use my iPad for the most demanding video-editing apps or high-end games. It registered pretty much the same network speeds as my Air.” 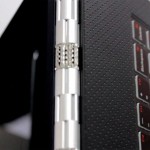