By Andy Walker
Read nextWindows 10 Technical Preview available to download today, here’s how to get it 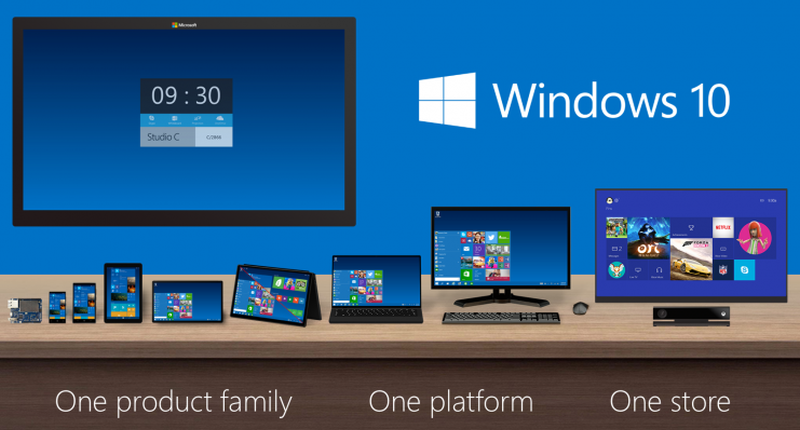 It has been a bumpy ride for Microsoft’s Windows division since the release of Windows 8 two years ago, but its time of torment looks to be over. Finally. After a not-so-secretive lead up, the new Windows is here, but it’s not what we were expecting.

Unveiled today at a tiny San Francisco event, Microsoft’s latest stab at this “operating system thing” was thankfully not made in the dark, because the world definitely couldn’t deal with another poorly designed desktop OS. And as far as operating systems go, Windows 10 (yes, not Windows 9 like everyone supposed) looks to be a cracker.

Not only will Windows 10 be the primary desktop OS come 2015, but it will span screen sizes ranging from 4″ to 80″ — essentially phones all the way to Xbox platforms on massive television screens. Or even, possibly, smart TVs.

Let’s get down to the basics.

The UI is impressive, boasting a sleek yet refreshed Windows 7-like polish. Returning to our lives is the new Start Menu with the previously-leaked app panel — allowing users to completely customise the live tiles displayed on it. Search on the taskbar is also reintegrated, but much slicker, searching both the home machine and the web. If you’re wondering about the Windows 8 flavour, it’s still there, but Microsoft made sure to add more secret sauce to disguise it. The Charms Bar remains but has been tweaked dramatically.

And, last but not least, the virtual desktops feature finally arrives on a Windows product. Joe Belfiore, Windows VP, explains that the feature can be used to build a desktop environment for specific situations, like the home or work, on the same machine. Nifty indeed.

Even more nifty is Continuum — a new UI feature that adapts to the device. For example, touchscreen users will see a new, more sensible version of Windows 8’s start screen. Desktop users at the mercy of keyboards and pointing peripherals will see the new desktop and start menu. It’s what Windows 8 should’ve been from the very beginning.

Overall, Windows 10 was highly pitched towards enterprise users, a group that Microsoft has worked hard to impress since the failure of Windows 8. Although the Technical Preview will be available shortly, the OS in its final form will be expected to make its bow after the company’s BUILD conference in 2015.

But to ease the pain of waiting, the company launched the Windows Insider Program, which allows eager fans and geeks the chance to beta test the fledgeling OS, report bugs and experience new features before anyone else. Those lucky few will be able to experience the Technical Preview tomorrow. On the whole, Windows 10 looks to be a massive step in the right direction for Microsoft. After Windows 8’s lukewarm reception at its launch in 2012, the company will be happy with the wave it’s new naming scheme, UI and features have spurned.

But the question we’re all asking: where on Earth is Windows 9?

Why did #Microsoft decide #Windows9 wouldn’t happen? Cos Windows 7 8 9. 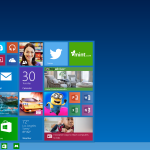