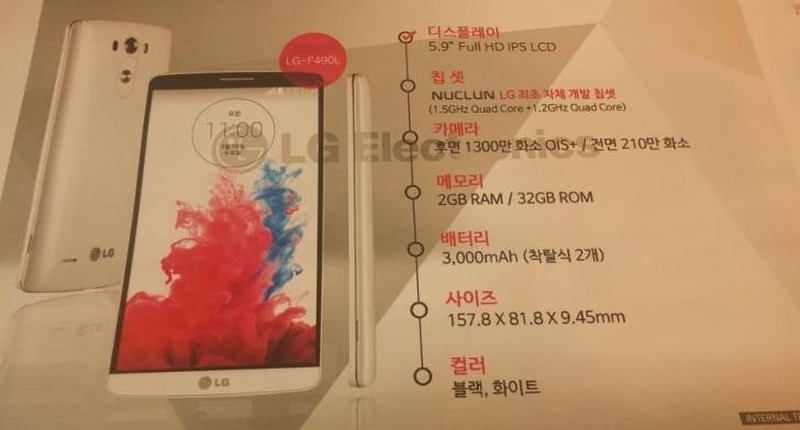 When a company gives a phone the selfsame codename as a tiger’s and lion’s offspring, you know that device promises to be unique, over-the-top or damn-right impressive. The LG Liger F490L ticks all of these boxes, if a recent leak by Chinese site blogofmobile is to be believed.

As if the Nexus 6 or LG G3 wasn’t enough, LG plans to unveil a 5.9″ monster, the first to sport the company’s Odin NUCLUN octa-core processor. That’s eight cores, or more specifically, four running at 1.2GHz and another four clocked at 1.5GHz. Samsung’s bigLITTLE architecture also adopts the same approach, so there’s plenty of multitasking promise while keeping battery drain to a minimum.

As far as the screen goes however, it’s only a Full HD unit — not the 4K resolution that the Nexus 6 and LG G3 make sure to rub in every smartphone maker’s face. The phone itself is around 9mm thin, and is reminiscent of the G3 itself, albeit a little bit larger.

And while all this does excite, the phone comes with 2GB RAM, 32GB storage, a 3000mAh battery and 13MP rear snapper. Of course, all the other mandatory smartphone connectivity options are also present, from Bluetooth to WiFi to LTE Cat 6. All these will be mastered by Android KitKat. We’re not sure if the device will be upgradeable to Android Lollipop.

Based on these figures, we’re also not really sure where the Liger fits in the LG hierarchy. It’s not above the G3, nor is it just below the Nexus 6. This handset may very well be a testbed for the Odin NUCLUN chipset, considering that it is the first phone to be fitted with the company’s in-house baked silicon. Nevertheless, this move does look like a way to challenge Samsung in the local Korean chipset market at least. 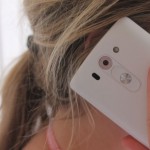