By Steven Norris: grumpy curmudgeon
Read nextThe Xbook Duo is the first, and only backwards compatible Xbox One 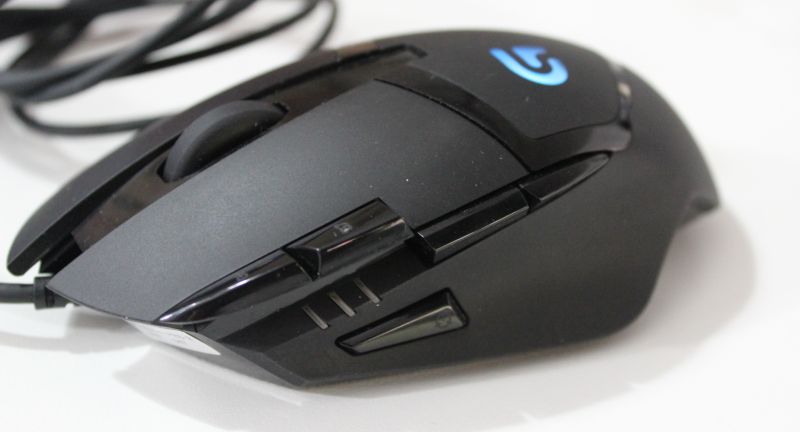 Input is important. Without a keyboard and mouse (two extremely antiquated but necessary forms of input we’re still clinging onto), a computer is next to useless. Sure, there are gamepads, Kinect and a whack of other peripherals, but computer control is defined by the humble mouse and keyboard. These are also the two objects that are rarely upgraded by the user. Well, Logitech’s impressively named G402 Hyperion Fury gaming mouse is here to change that as it’s most definitely the best mouse for gaming or serious business shite.

The G402 is above all, one of the most responsive input devices I’ve ever used, besides the PlayStation 4’s DualShock controller. Logitech’s “Fusion Engine” sensor (this is a laser mouse after all) can track up to 500 inches per second, all thanks to its on-board dedicated ARM CPU. In real-world terms, this means it has a tracking resolution of between 240-4000 DPI, selectable via toggles under the left button. This translates to pinpoint movements which are especially useful for those wanting to work and play with the G402. Let’s discuss working with the mouse before moving on to the games. Before the G402, I used an Apple Magic Mouse which was great, but felt like I was moving a deflated balloon across a buttery desk. G402 changes that with technically superior movements that turn the whole “moving your hand” business into an afterthought. My hand and the G402 became one and workflow actually… flowed. I realise that this is a US$60 gaming peripheral, but my laptop is a work device first, a gaming machine second. Boring yes, but life has its demands.

I used to practice fine control when selecting menus, folders and cropping images. The G402 negates this with Star Trek levels of control. For business, the G402 rocks. What about gaming?

We’re all gamers, well, those of us reading this review at least. And gamers demand a weapon suitable enough to handle the competition. Is the G402 ready to pull your trigger? Yeah, it is.

With 8 programmable buttons and a DPI switch, the G402 is more than capable of handling any game on a professional level. I tested Shadow Warrior, Alien: Isolation, Far Cry 3, Metro: Last Light Redux, Team Fortress 2, The Sims 4, Papers, Please and Middle Earth: Shadow of Mordor. Usually, I’d just bung in a gamepad and let my fingers do the talking, but the G402 truly made my life easier. I’m no professional gamer, but the G402 made a noticeable difference in menu selection, turning speed, aiming and everything else related to kicking ass. It’s also extremely comfortable, despite the G402 sporting a design for right-handers only.

The sides have little bits of rubber to absorb sweaty gamers palms and each mouse button has a fairly distinctive click to it. With a cheaper mouse, the clicks kind of sink into the surface but on the G402 the click was firm, almost authoritative.

That I had to return it at the end of my review period. Also, it’s for right-handed gamers only. While I took the time to adapt to this right-hand environment (I’m a south-paw, like Rocky), most gamers will be instantly put off by this. But, credit goes to the designers of the G402 for letting even a poor leftie like myself experience the Fury without suffering that much. Again, professional gamers may be deterred by this. It’s also a little on the light side. While the Logitech G402 is in no way a tacky peripheral, it doesn’t come with little weights, like a Razer or other Logitech mouses would include. It’s a small omission, but it’s going to make a huge difference for some.

Verdict: Logitech’s G402 Hyperion Fury is a hell of mouse. With on-the-fly DPI switching, a silky smooth control experience and extreme comfort, there’s little to complain about, unless you’re a professional left-handed gamer who demands custom weights for their mouse. 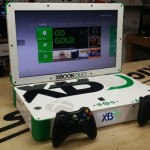 The Xbook Duo is the first, and only backwards compatible Xbox One
Microsoft • 30 Oct 2014
Read More
More