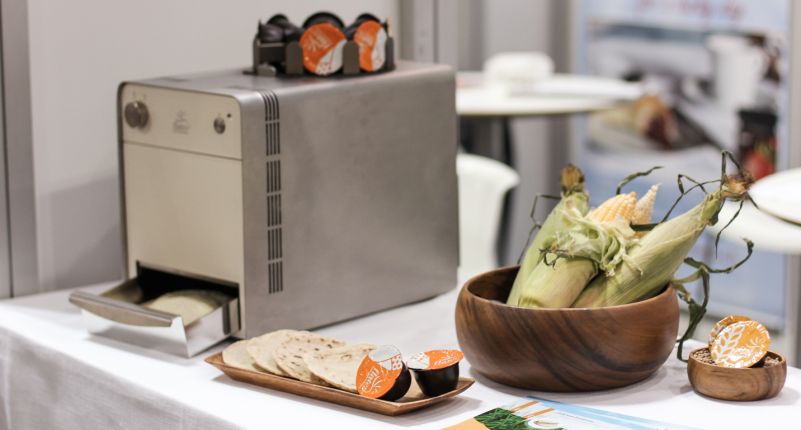 Nespresso coffee machines, with their fancy pods and sleek design have pretty much taken over the tech-hipster scene. Remember grinding coffee by hand, packing it, filling the coffee machine and hoping for the best? Us neither. The most appealing part of the process is the immediacy of it all. Drop in a coffee pod, press a button and and instant store-grade coffee. It’s time for the pod to make its way to other foods, and tortilla is next on the list. That’s the concept of the Flatev, a dough-filled pod that makes instant tortilla’s at the touch of a button. Fantastic.

Making a tortilla’s a three-step process: select a flavoured (and gluten-free) pod, stick it in the boxy-looking Flatev and out pops a tortilla. It’s an amazing concept, spurred on by laziness, and we approve. Tortillas apparently takes less than a minute to make, are non-stick and in the future, Flatev plans to offer other types of flatbreads, like rotis and chapatis. There’s no detailed explanations of the process outside of what we can glean from the FAQ. The tortilla pod is broken open in the Flatev, pressed and cooked. We’d give anything to see that in action.

Flatev plans to ship its machine to the U.S. first by 2015 with a price between US$200-300. You can go ahead and pre-order it right now, but we can’t be certain that it’ll be available outside of the States, which is a damn shame. If the pods are inexpensive enough, Flatev may become a surprise hit. It also quite happily brings us one step closer to Star Trek-style food replication. 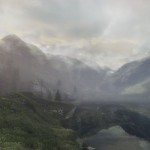