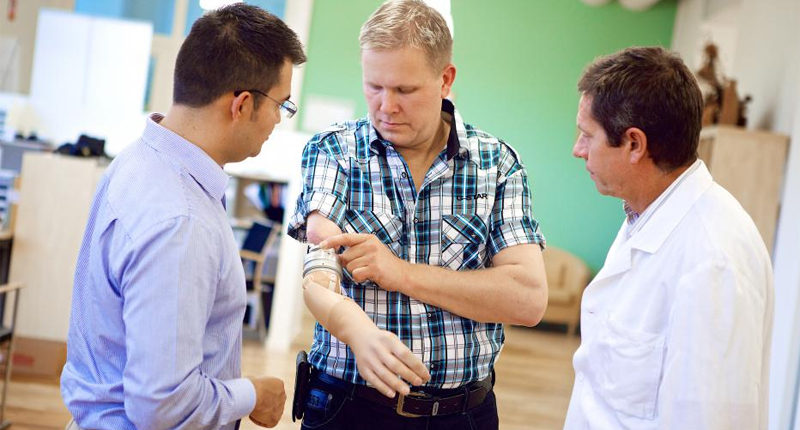 A Swedish amputee has became the first person to be fitted with a prosthetic arm that can be controlled with his mind. Awesome, right?

In a report published by doctors Max Ortiz-Catalan, Bo Håkansson and Rickard Brånemark of Sahlgrenska University Hospital, they explain that they’ve “developed a percutaneous osseointegrated (bone-anchored) interface that allows for permanent and unlimited bidirectional communication with the human body.” In other words, they have developed a method so that an artificial limb can communicate with the prosthesis’ wearer’s mind through skeletal attachment.

“With this interface, an artificial limb can be chronically driven by implanted electrodes in the peripheral nerves and muscles of an amputee, outside of controlled environments and during activities of daily living,” the report continues, rather scientifically. In layman’s terms, the prosthetic arm picks up nerve and muscle movement through subtle bone vibrations. So communication between the brain and the artificial arm is enhanced, and thus more accurate.

While robotic prosthetics isn’t totally new, the specific method used to implant sensors — which then communicate with the brain– definitely is. Specifically, the process is referred to as “Osseointegration” which essentially means “fixing implants to the bone”.

“So far we have shown that the patient has a long-term stable ability to perceive touch in different locations in the missing hand. Intuitive sensory feedback and control are crucial for interacting with the environment, for example to reliably hold an object despite disturbances or uncertainty,” explains Ortiz Catalan.

What does this mean in everyday terms? Well, the amputee can now crack a few eggs, tie his childrens’ shoe laces and will probably be able to jam a fair amount of console games as well. Watch the video below: 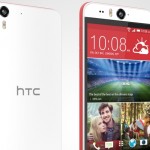