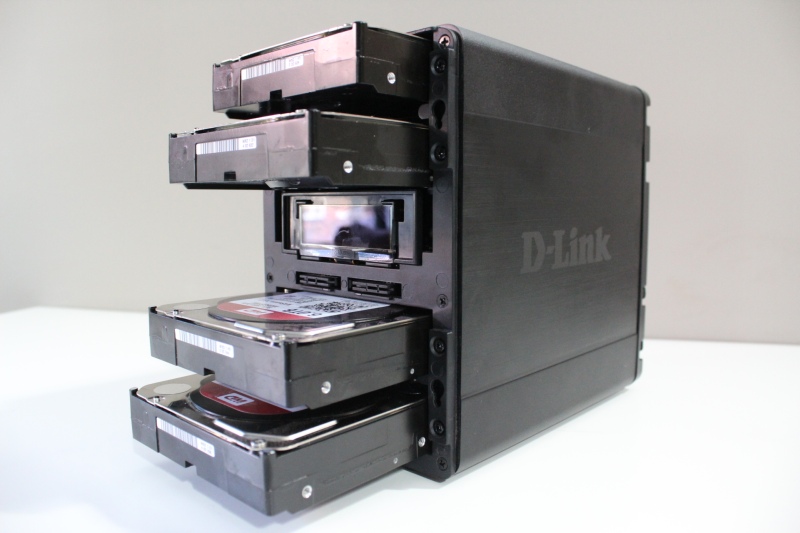 It’s not often we get a high-capacity storage system in the office to review, but my do we get excited when one comes a-knockin’.

The D-Link ShareCenter DNS-345 (as it is formally known) hopes to find a niche in quite a few markets, from personal data moguls to graphic-intensive image editors to managers of small businesses, so pinning it down with one precise verdict became more troublesome than first considered.

So how does it fare in the top shelf of an average user’s bedroom?

The chaps over at D-Link sure made this one of the most simple, idiot-proof storage systems available. Although not quite exhibiting USB-like plug-and-play abilities, it’s about two cables and one click more complicated. Opening the annoyingly tacky face of the unit (which sometimes comes off mistakenly when moving the unit), the NAS reveals its four 3.5″ drive bays. Thankfully, we were shipped four of WD’s 6TB Red NASware 3.0 drives to play around with. That’s 24TB. And it doesn’t stop there either. The NAS is compatible with drives up to 8TB — although reliability with early adoption drives isn’t exactly recommended for a medium to long term storage solution.

DIY for the lazy

Nevertheless, once the drives are slid- and snapped-in gingerly with the levers at the rear, that’s all the sweaty-palm DIY you’ll need to perform. Granted, the drive mounting and releasing mechanism really should’ve included more intuitive removable drive-housing trays, but it’s not an utter deal breaker. Attempting to plug in the NAS also presented its issue — probably the most annoying for South African buyers. The plug only holds hands with a completely flat two-slotted socket. In other words, this won’t work on a traditional multiplug arrangement unless you perform some DIY on that too. It’s unbelievably stupid.

The adapter is light and runs cool, making it a perfect fit for a cupboard. And the NAS itself is compact. Slightly smaller than an Xbox One, it can easily live under an entertainment centre, in a set of office drawers or a shelf. Of course, dust will be an issue as the miniature (and at times noisy) intake and exhaust fans at the rear have no dust filters. D-Link provides a USB port for additional storage, two Gigabit Ethernet ports and the always-useful reset port. It’s a generally attractive box as well, with a screen up front providing information about the drive’s storage status, the temperature of said drives and the IP address on the network, which strangely came in more useful than not.

The “Next” button allows users to scroll through these settings, while the “Power” button does the obvious. Of course, this wasn’t always the case. Occasionally, the NAS took ages to switch off. Performance is a subjective issue with network storage units. Of course, speed all depends on the drives used, drive setup and network interface employed. For a real world benchmark though, copying a decidedly large 1080p video across from my laptop’s Ethernet port to the NAS over a D-Link router resulted in a steady 20MB/s, with the one drive per volume setup. RAID 0 would speed things up ecstatically.

As far as temperatures go, the unit never ballooned above 45°C — but this was mainly thanks to the efficient Red NASware 3.0 drives. The fans did have to kick in occasionally, but only when the unit was under continuous load.

A NAS is nothing without an adequate web interface, so how does it fare? Well, it’s as simple as things can get really, and this is both a blessing and a curse. Those more akin to the granular level controls OS’ like FreeNAS provide will feel that the D-Link interface was made for a preschooler. By cutting out the extensive options though, the ShareCenter gets straight to the point — storing a massive amount of shit. And this is brilliant. Setup takes less than half-an-hour.

Formatting drives in an assortment of RAID arrays has never been as easy as making tea, until now. Power options include scheduling backups, connecting to D-Link’s Cloud interface or ensuring that your plethora of legal torrents are downloaded automatically and methodically.

The NAS also provides a web interface for music, pictures and videos, allowing everyone in the house to enjoy music directly from the NAS’s web interface. It’s nifty, but not always needed. 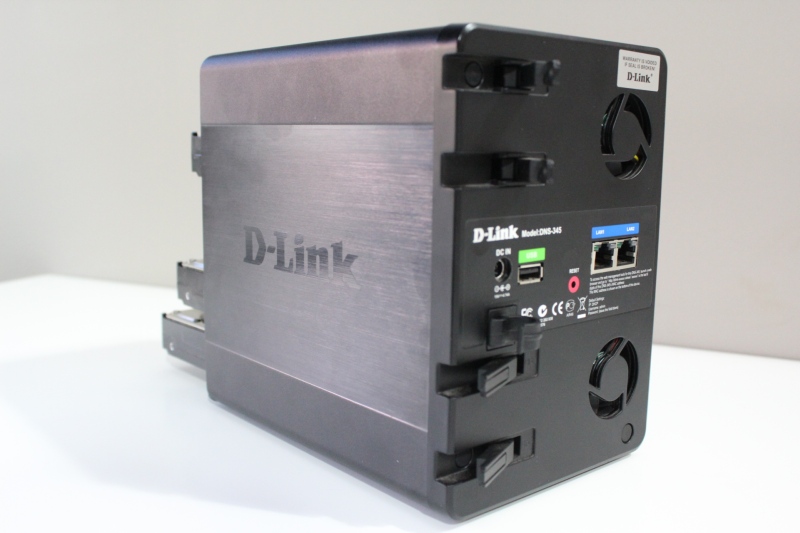 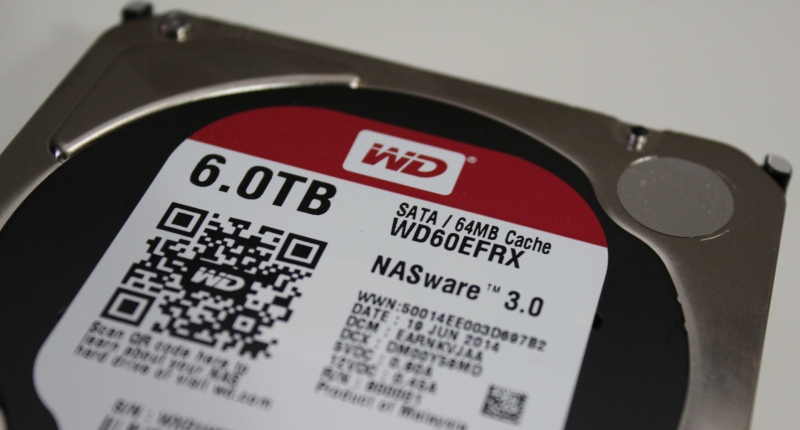 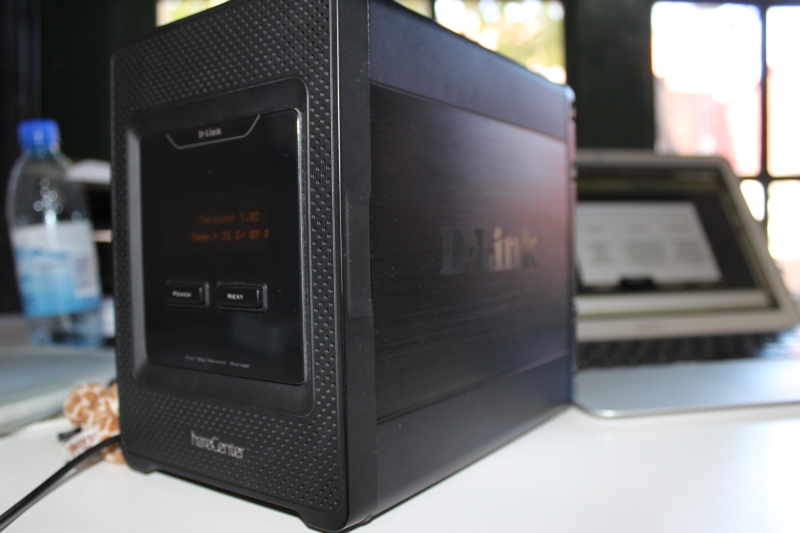 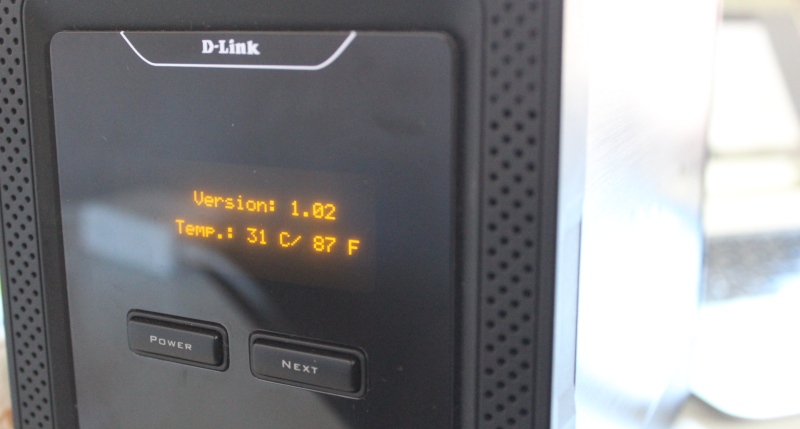 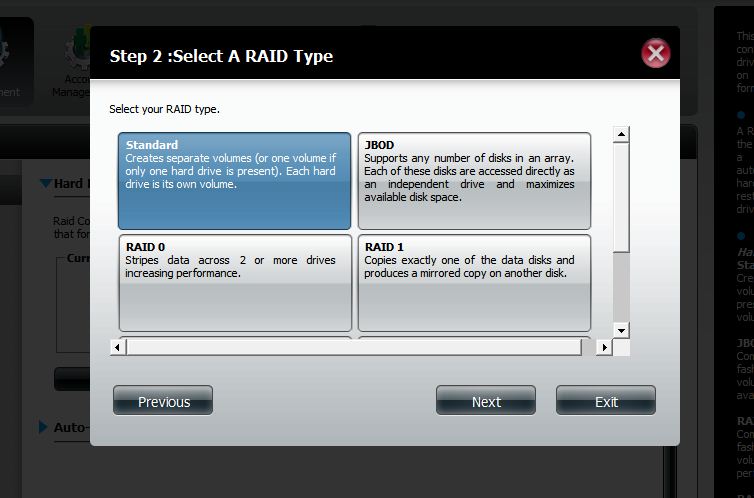 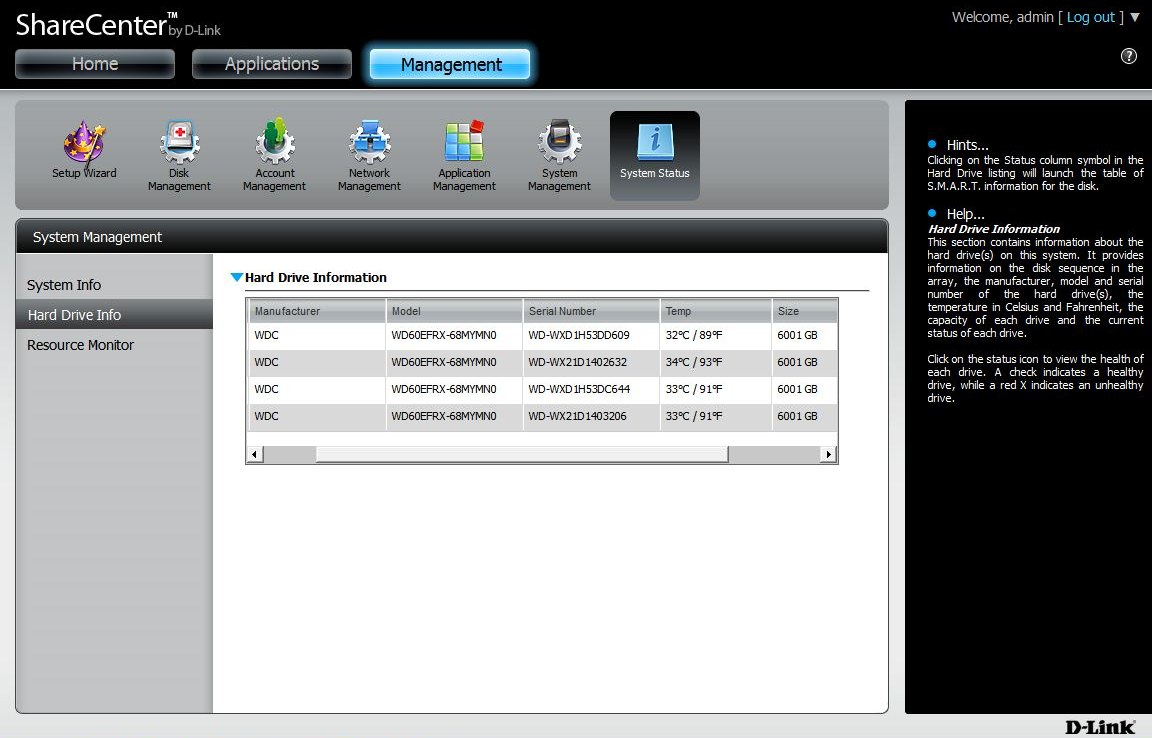 You thought we were joking about the 24TB? 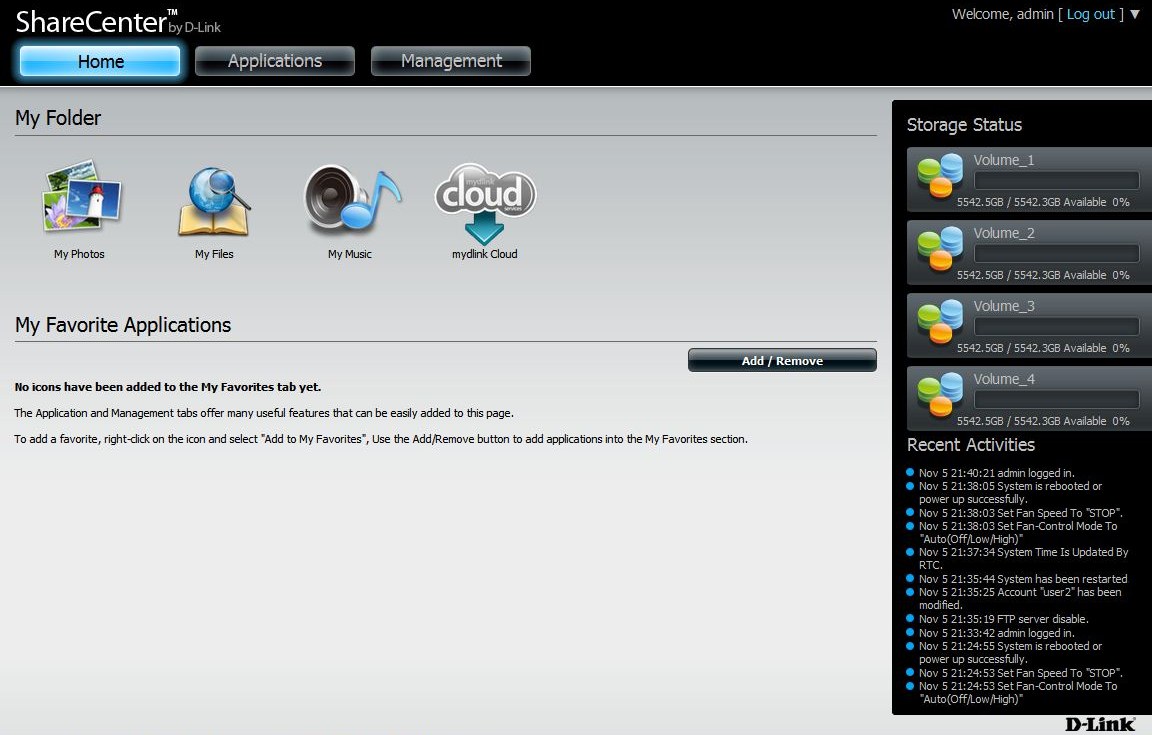 Access to Pictures, Music and mydlink Cloud services directly from the web interface. 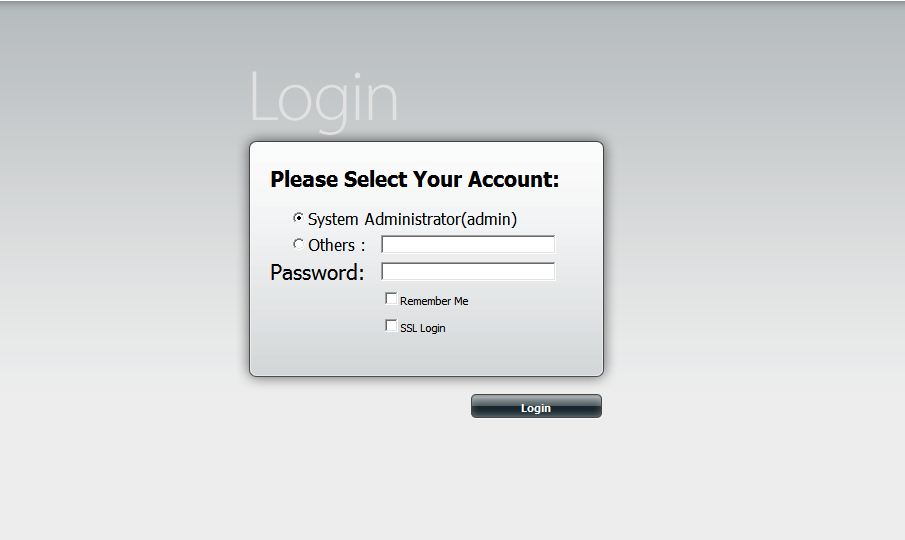 Simple login dialogue? The default password for admin is "blank" too, so make sure you change it. 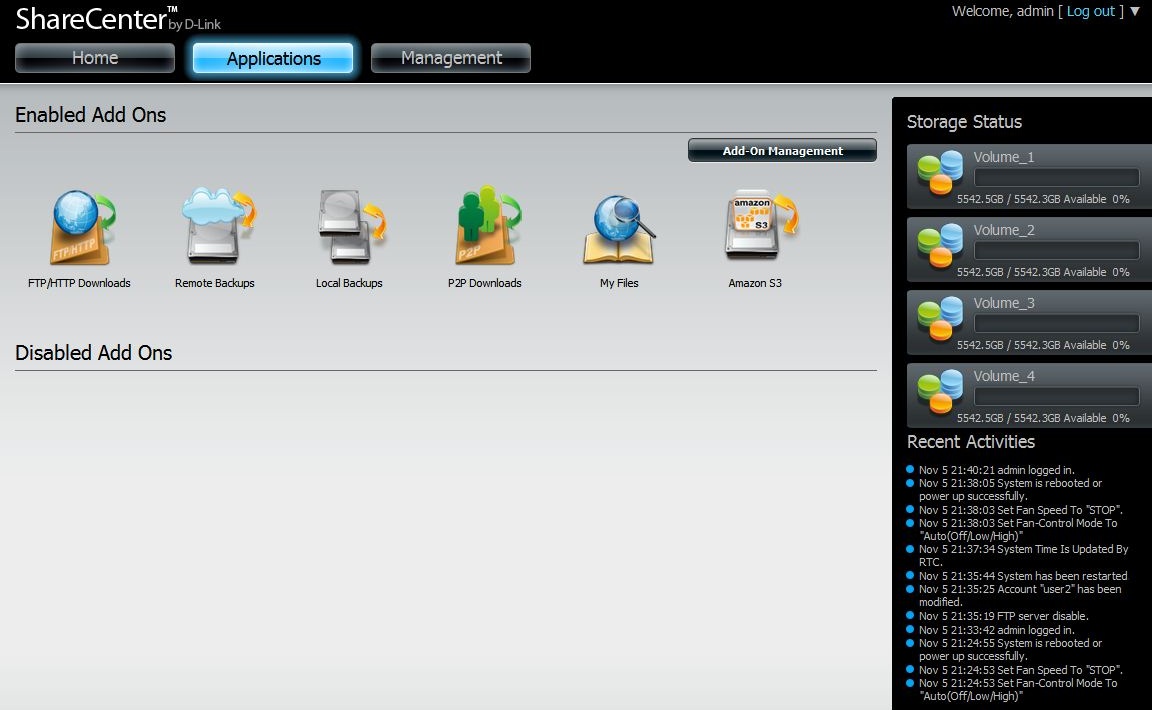 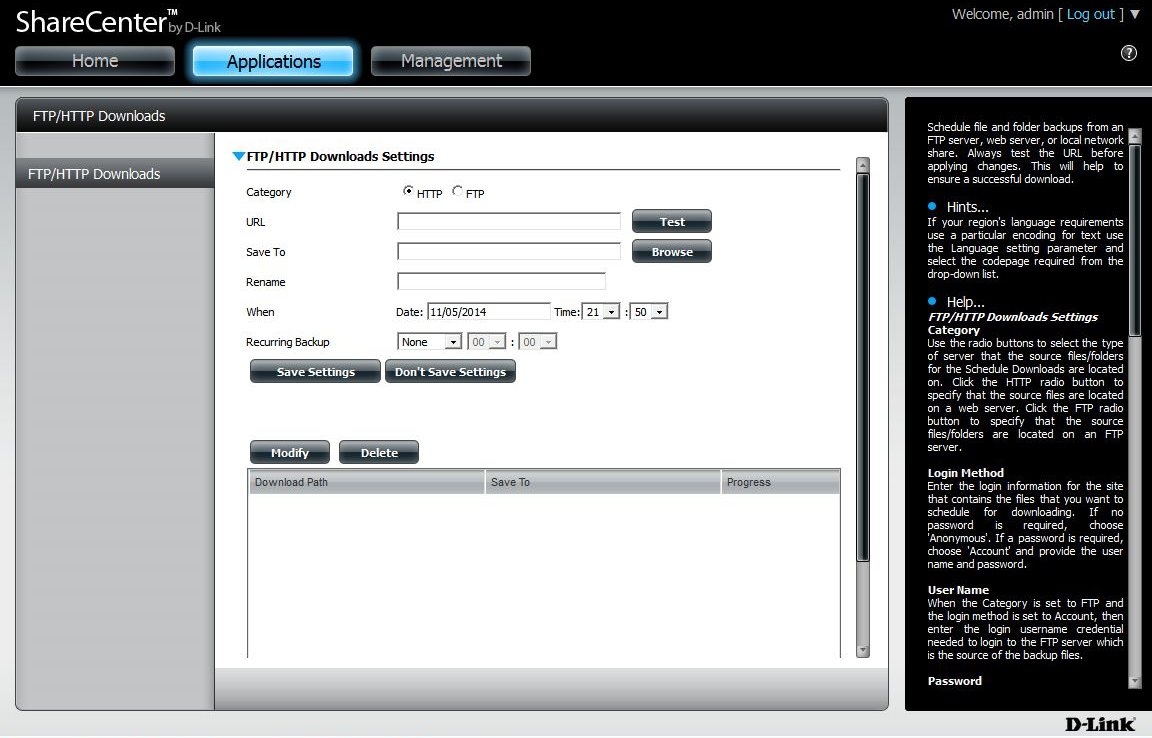 The scheduling download system is quite simple too -- great for very large files that can download through a headless server.

The D-Link ShareCenter comes in at a steep R5600. For businesses, that might be small change but for the personal end user, it’s quite an investment. Add the four WD drives at R3500 each, and you have a massively expensive system. But if you need 24TB in an easy to use, no-nonsense, simple-as-pie package, then the DNS-345 is your solution.

If it’s too much cash to drop on one single-use system, you should probably think about building your own NAS.

Verdict: It was hard to let the ShareCenter go because it is one of the most reliable products I’ve had in a while. It did everything it was supposed to do well but for over five grand, there are a few shortcomings. The lack of dust-filters, a more graceful drive deployment system and inclusion of that idiotic plug may be nitpicking, but you would really expect those to be standard, not afterthoughts. 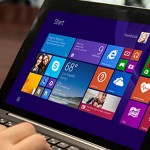