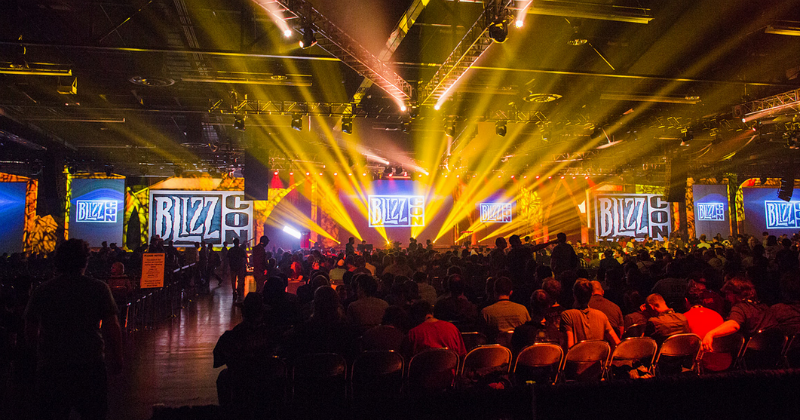 A lot has happened in the gaming world over the last few days. This weekend saw thousands of night elves, orcs, ogres, paladins and the lot descend on Anaheim, California.

From Warcraft, StarCraft 2 and Blizzard’s new franchise to Hearthstone and freakin’ Metallica, we wrapped up some of the best news BlizzCon 2014 for you below.

StarCraft 2: Legacy of the Void got unleashed

As the case is every year at BlizzCon, a new addition to the epic StarCraft 2 Real-Time Strategy franchise was introduced.

While the previous two StarCraft 2 editions gave you control of the Terran and the Zerg, Legacy of the Void — as you can guess — puts you in the Zealot boots of the Protoss.

IGN calls it a play on Battlestar Galactica, and the game features 20 new missions with Artanis from the Templar Caste as the main character.

The so-called Project Titan which Blizzard was busy with since 2007 — and called quits a few months ago — is actually called Overwatch and looks very very interesting.

Blizzard released two trailers, including gameplay, and allowed attendees to get an exclusive hands-on. While it looks very Pixar-esque, early feedback sounds great.

The First Person Shooter MMO is a fantasy take on Valve’s Team Fortress 2.

The 6v6 shooter features (you’d guess) 12 bad-ass heroes from categories such as Offense, Defense, Tank, and Support. Take a look:

We need to hold on to our seats for this one, though Blizzard said it will release it in 2015, with early beta sign-ups on their way.

Someone played Hearthstone and won US$100 000

Blizzard is extremely instrumental in making eSports a big deal. Besides Call of Duty, Dota 2 and League of Legends, StarCraft 2, and more recently the virtual turn-based card game Hearthstone: Heroes of Warcraft are two of the world’s most popular titles. Speaking of Hearthstone, the Hearthstone World Championship saw US player Firebat walk away with US$100 000 (R1-million!) after defeating Chinese player Tiddler Celestial with his Druid. Tiddler won US$50 000 (half-a-million Rand). Well done, guys!

There are new Goblins vs Gnomes cards

The Hearthstone expansion will see the addition of 120 new cards most of them centered around Goblins vs. Gnomes.

The expansion includes new cards like the Exploding Sheep (yay!), and a new card type, called Mech, which essentially beefs up your minions.

Goblins vs. Gnomes will be released in December together with a snazzy spectator mode.

Watch the trailer so long:

Following the gaming slash culture controversy that includes everything and everything from GamersGate to Swatting, Blizzard says that we should stop hating and be all about the good vibes instead.

This message was made clear from the start of the convention when Blizzard CEO and Founder Mike Morhaime denounced hate and harassment in the gaming community. He said:

Over the past couple of months, there’s been a small group of people who have been doing really awful things. They have been making some people’s lives miserable, and they are tarnishing our reputation as gamers. It’s not right.

“Let’s carry the good vibes from this weekend out into the world all year round,” he added.

Heroes of the Storm detailed

Blizzard gave up some more details about Heroes of the Storm — its first entry into the MOBA arena.

The Dota-like game will feature heroes from Blizzard’s many franchises such as Thrall, Kerrigan, Diablo, Arthas and Zeratul. As well as Jaina Proudmoore and Sylvanas Windrunner.

Blizzard divulged the cast of the upcoming fantasy adventure World of Warcraft film. And what a cast it is.

First off, what better name to have in a stand-off between of humans and orcs than Travis Fimmel, who plays Ragnar Lothbrok in the Vikings TV series. He will be playing Lothar from the Alliance.

Furthermore, Ben Foster (The Messenger, Lone Survivor) will play Medivh. Paula Patton (Mission: Impossible – Ghost Protocol) will play an orc named Garona, Toby Kebbel (Dawn of the Planet of the Apes) to play Durotan, the orc Chieftain of the the Frostwolf clan, and then Clancy Brown (Starship Troopers, The Shawshank Redemption) will play Blackhand, who’s the Horde’s greatest Warchief.

The horde is coming — and with that — the latest expansion to arguably the world’s most popular MMO, World of Warcraft: Warlords of Draenor, is coming within the next week.

Set after the events of Mists of Pandaria, the latest expansion is set in Draenor, the original homeland of the orcs. Its dark, and will feature some of the epic characters from the Warcraft series such as Grom Hellscream, Ner’zhul, Gul’dan, and Blackhand.

Now this is bad-ass.

If you didn’t find yourself at the event, then you could have opted for virtual tickets. Or, if you didn’t have the time or money, you can just watch it right here, in Full HD: 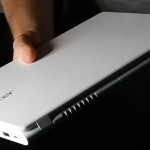